The Englishman by Douglas Stuart
My rating: 4/5 cats

i am one of the few people in the world who has not yet read Shuggie Bain. but i liked this story very much, so maybe that fact will change in 2022. first things first, though—before i plop out a brief review of it, let’s talk about this picture: 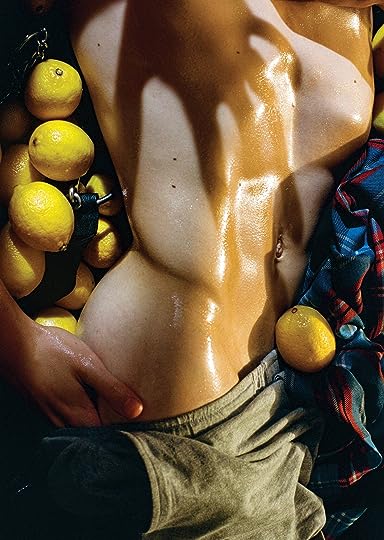 because every time i look at it, my brain insists on seeing it as a nude torso covered in gravy and every time it makes me go “ew.”

anyway, i read this over on the new yorker site, where they offer the option of reading the story with your eyes or listening to it with your ears. i am greedy, so i did both simultaneously. the audio takes just over 40 minutes, and it’s probably faster to read it yourself, but then you wouldn’t get to hear the author’s lovely scottish accent. not his Scotch accent, of course:

so, it’s about a young scot-tish man who answers an ad seeking a houseboy for a summer in london. it sounds like a pretty sweet gig:

The position paid four hundred pounds a week, cash in hand, and offered free bed and board (bathroom en suite). The Englishman said that he would buy me a plane ticket, and I had refused. Then came a berth on the Caledonian Sleeper, and I refused that also. It was stupid to be so proud but I knew it wouldn’t do to be beholden so soon—certainly not to an Englishman. They were not to be trusted, my father would tell us, although as to why, he could never quite say.

the bossman is a little bit vague on what his responsibilities will be, though:

I asked my new employer what I would be doing. “Oh, this and that—cooking, cleaning, gardening. Let’s make it up as we go along, shall we?”

but by day two the pretenses are already dropping and the conversation becomes more pointed:

turns out he’s just one houseboy of many—next in a long line of a season-by-season rotation of indentured boys filling an old man’s photo album.

better than a lemonade stand, but it might not be the *right* summer job for him.