A Life That Is Not Mine by Kristi DeMeester
My rating: 4/5 cats 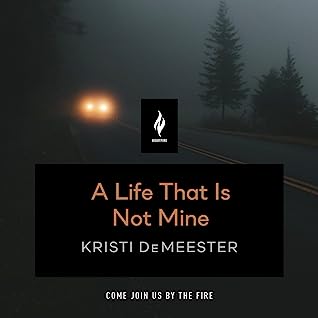 eerily ambiguous, this story is about a teacher who hates her job, especially as the 1 1/2 hour commute each way, each day, means she never sees the sun, which leaves her feeling isolated and unmoored from the rest of the world, resenting each long drive alone through the darkness. then, her students start getting sick, not showing up to class, the hallways becoming emptier with each passing day. what is happening? is it a real epidemic-scenario, or the delusions of the narrator’s spirally descent into daylight-deprived depression, paranoia, and maaaaaadnesssss?

once upon a time, i worked a 10pm-6am shift, and lemme tell you, the vampire-novelty of that schedule soured fast. completely disconnected and out of step with the world around me, i felt helpless and depressed all the time. there was something so grimy-feeling about going to bed as the people in the apartments around me were just heading out to their much-better jobs, and i stopped even feeling like a human for a while—i was just a thing that did a job and ate and slept on an entirely different plane of existence than everyone else. it fucked me up a lot, and listening to this story brought back all of those jittery-itchy, what-even-is-real? feelings, so ymmv, but to me, this story was chilling.