Shoggoths in Bloom by Elizabeth Bear
My rating: 3/5 cats 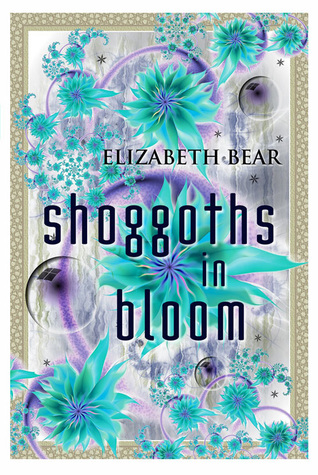 From the greatest distance possible, Harding reaches out and prods the largest shoggoth with the flat top of his hammer. It does nothing, in response. Not even a quiver.

He calls out to the fisherman. “Do they ever do anything when they’re like that?”

oops, i accidentally read a lovecraft-reimagining. i read lovecraft ages and ages ago, and he never clicked for me, and any writer i’ve read in the lovecraft tradition has been the same—there’s some kind of barrier between me and the reading that prevents the love from happening. i didn’t recognize the shoggoth as being a lovecraft creature, or i probably wouldn’t have invested the time in this longish story, as much as i have loved elizabeth bear’s stories in the past. i started getting lovecraft vibes early on and i was pleased to see that my itchings were correct, although i was not pleased to be stuck in a lovecraft story, albeit one i enjoyed more than most, due to bear’s excellent prose. but still—lovecraft and i were not meant to be, even with the lubricant of better-than-average writing. maybe you will fare better.