Friedrich the Snow Man by Lewis Shiner
My rating: 3/5 cats 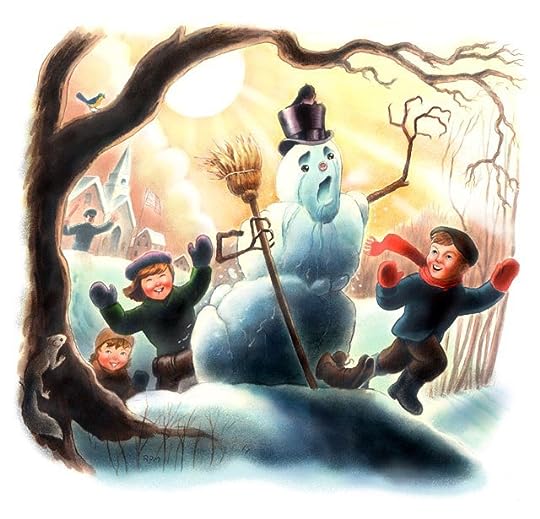 With a supreme effort of will, and using the broomstick as support, I was able to lift myself onto the boots and stagger about, sending the children who had unwittingly animated me running in terror. They fled a short distance and peered at me from the protection of the surrounding trees. I had no wish to alarm them, and so attempted some reassuring words. The effort proved most difficult, as I seemed to have no mouth, only a corncob pipe thrust into the uppermost sphere of snow, below whatever objects served as my eyes.

“Did he . . . say something?” one of the children asked. He spoke in English, a language I do not know well.

“I mean you no harm,” I managed to respond.

Slowly they emerged and began to approach me. “What’s your name?” one of them asked.

“Friedrich,” I tried to say, though the sounds that emerged were much distorted.

“Frosty!” cried one of the children happily. “His name is Frosty!”

“Nietzsche!” I corrected him firmly, but the children all laughed.

“Gesundheit!” one of them said.

a wintry story in which nietzsche and frosty the snowman become one. somewhere, someone’s prayers have been answered.