another chilling little graphic short from emily carroll. this one begins with a poem that tells you how to proceed:

first he gave me flowers
& second I made her a doll
but third he’d be gone for hours
& fourth we hit a wall.
LASTLY THERE WAS BLOOD, (rich & raw in the light of the moon)
I can’t forget
I will always regret
what happened in
MARGOT’S ROOM 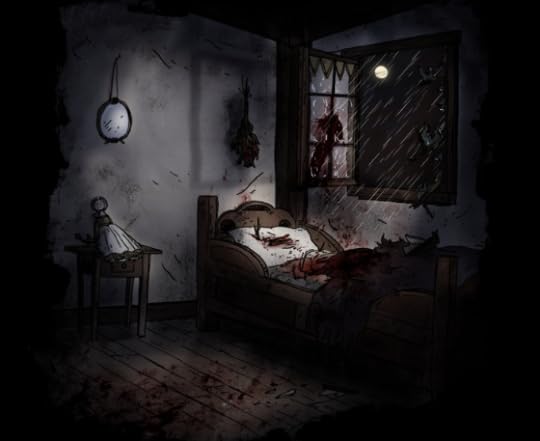 to read the story in order, you first click on the flowers, then the doll, then the window, then the mirror on the wall, and finally, the blood on the floor.

if you do, you will discover the story of a relationship that begins inauspiciously 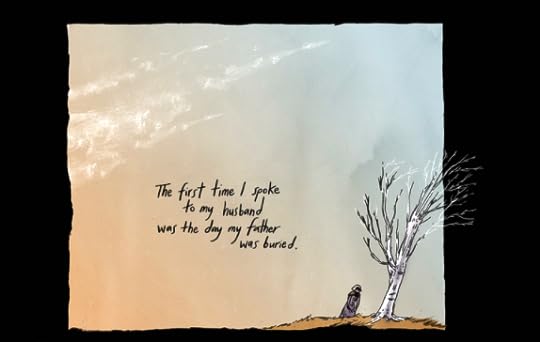 like all of the stories i’ve read from her, i’m not 100% on the details, but her artwork is great and she’s always amazing at establishing atmosphere, and this one’s a lot of spooky-good fun.