Violated By Monsters: The Creature Club by Hannah Wilde

okay, so here i am with another book-of-the-month read for my monsterotica reading group.

but this one was kind of dull, honestly, and i’m not sure this review will be much fun, so i apologize in advance.

it starts with a 21-year-old struggling actress living in the shitty part of hollywood, who receives an invitation in the mail which is presumably for her, but instead of her last name listed as “carter,” it is addressed to “mary elizabeth wilmont,” and comes to her from the estate of sir charles graves wilmont, recently deceased real estate tycoon and apparently, her great-grandfather. it requests her appearance at the reading of his will, confiding that she is in the running for some serious ca$h money.

mary e had always known she was adopted, but never knew her true parentage. she managed to grow up unattractively confident, although not unattractive:

You could always tell that I was adopted, however, which made things difficult sometimes. My parents are, to put it kindly, very homely people; short, round and a little strange on the eyes. I, on the other hand, was a knockout. Long legs and a curvy set of hips that move in just the right way when I walk, capable of turning heads from across the street. I was blessed with beautiful brown hair and a pleasantly symmetrical face that frequently broke the hearts of young men as I grew into adulthood.

she calls up her old homely “dad,” to get to the bottom of it. he confesses that, yes, she came from the wilmont line, but she’s not interested in a conversation, and after that exposition-dump, homely dad never reappears to the narrative, which is probably for the best.

so, she gets in the limo sent for her the following evening, and heads off to the grand wilmont mansion, where she meets miss black, who will be running the proceedings. miss black, incidentally, looks like a “naughty teacher,” and walks with a swagger that cannot be faked. whatever that means.

she is led through the mansion, filled with paintings of snarling beasts and a giant stuffed bear and other safari-souvenirs, until they reach a room in which two other lovely young women are waiting. they are introduced to her as her second cousins, sara and bella.

somehow, these three women are all that remain of the wilmont bloodline, and are in the running to inherit his entire fortune. and – no – it cannot be divided evenly, mary e – the will clearly states that only one person will inherit it, and there are pretty specific guidelines, so sit down and watch this slideshow.

“…handling the estate is more than just dealing with the money, your great grandfather had some very specific interests that you will now be in charge of. If you cannot handle your duty, then you will lose everything.”

nondisclosure agreements are signed, and

Miss Black clicks to the next slide, which shows a photograph of a large, hairy monster chained to a wall. It has a large, ape-like head but its mouth is lined with rows of terrifyingly long teeth, all sharpened to fine points at the end. It has a short, stubby tail hanging between its legs; alongside one of the most enormous cocks I have ever seen in my life.

Miss Black nods, “Yes, I can assure you the creatures are very real.”

Miss Black does not look amused at all.

come on, mary – this is serious business, sheesh.

and now on to these duties that need handling.

the astute and experienced monsterporn readers in the class will see what’s coming. charles had discovered and captured a species of animal previously unknown to science. He called them, simply, ‘the creatures.'” there are ten of them and they need to be fucked once a month, apparently by one of his descendants, although why this is the case is never explained, since they have until now been perfectly handled by “sexual assistants.” but whatever – it’s kind of a shitty thing to do to someone, but so is trapping wild creatures in some glassed-in pen in your mansion and not letting “science” know about them. way to be a dick, charles.

there is some confused resistance.

“If you don’t think it’s worth two hundred million dollars to fuck a few monsters, then I don’t know what to tell you.”

but bella doesn’t. and she’s out.

and then there were two.

And they must be completely satisfied or they will become very aggressive. One of our previous assistants learned that the hard way. It’s nothing too difficult though, they love rough sex, blowbangs,” she begins to list. “Double penetration.”

but mary elizabeth has no qualms about fucking some monsters and apparently no curiosity about learning anything about her biological family, as she just lets those girls leave without so much as an exchange of numbers.

and it’s off to the monsterpen! clothes are removed, doors are locked in place behind her, and introductions are sought.

she starts to see them moving through the shadows, and they are much bigger than they appeared in the slideshow.

Instinctively, I start to back away as a deep sense of dread begins to blossom within me. This entire thing is starting to feel like a terrible idea.

well, yeah. i mean you answered a cryptic invitation to a huge and creepy manor, told no one where you were headed, and made a promise to a complete stranger to have sex with ten monsters. that’s reasonably low on the good-idea spectrum.

she gets snatched up by a beast, tossed onto a fallen log and now it’s ON! 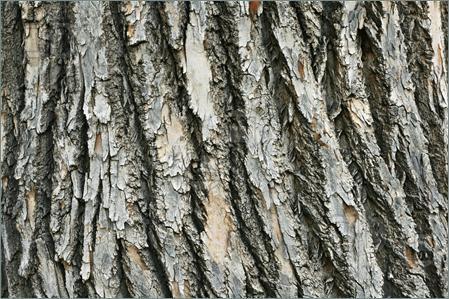 but she’s cool with it. as they always are.

The sensation of being taken from both ends is incredible, a filthy triangulation of flesh that I had never even experienced with human beings, let alone giant terrifying beasts.

“Oh fuck, what the fuck?” I yell, my eyes rolling back into my head. “What the fuck is this?”

ultimately, she gets off pretty easy (no pun intended) as she is eventually surrounded by the monsters who still “hadn’t finished” and they take care of their own needs onto her while she lies there smiling and laughing and caressing her toned abs and enormous tits.

so, a success all around, although now presumably she has to call her homely parents and tell them about her day. and i guess the polite thing to do would be to ask them to move in with her?? but maybe first get some curtains for the glassed-in pen, ‘cuz no one needs to see their child – adopted or otherwise – hooking up with ten monsters every month. or more frequently, as in the last “gotcha!” line of the book, after mary has showered and been handed the keys to the house, she is already on her way back in for more.

not the best monster tale i have read, but for those of you who are reading these books for the reasons nature intended, there are quite a lot of pages focusing on the sexual congress. if you’re into that sort of thing.