now, i don’t know if this picture is meant to be a before or after shot: 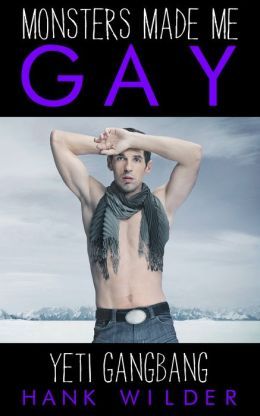 and far be it from me to stereotype based on appearances, but my gaydar is AT LEAST 80% accurate and judging by the cover, i don’t think the yetis were necessarily the cause of this young shirtless bescarfed man being “made” gay. i think there were probably some urges floating around in this fella long before the yetis came. (and, oh, how they came!)

and while we are on the subject of the cover, i gotta say, this dude is a poor man’s jordan gavaris:

oh wait, we need a scarf: 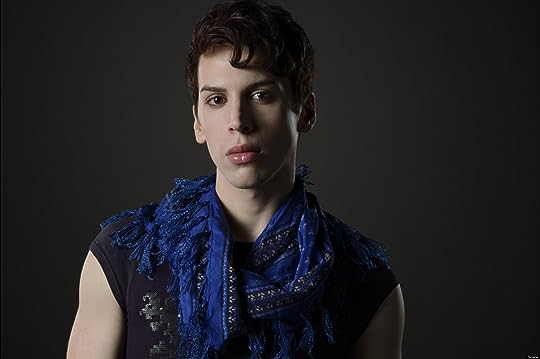 so, we have a man named tom – a scientist! who goes to the chilly himalayan mountains to study science things.

so he pleasures himself thinking about boobies, but it’s just not enough, so he goes to the door and opens it, nude, to see what happens.

because he has had a realization.

four yetis respond to his call. and it turns out, they are totally gay. or at least willing to have sex with tom. i’m not sure if it’s necessarily gay once it crosses species. but i’m no scientist.

at first, tom is a little scared, but if he knows one thing, it’s that

and you cannot hide from yetis. so after some initial first-time confusion w/r/t how this is going to work, logistically:

he figures out how to accommodate this multiple-yeti-partner thing

and he makes a request of the yetis

tom gets very distracted by all the wonderful yeti-loving

and at the end of the day they’ve all learned a little bit about the fun that bodies can have together, even if they are different species with the same kind of sex organ.

and this is just speculation, but i think there could be a sequel in which he enlists others into his yeti-orgy:

i may have taken liberties with the plot for the sake of my love of felix in this review, but the basic story of “previously straight scientist makes love to multiple male yetis in the himalayas” is pretty much all you need to know to determine if you would enjoy this book.