hey, anyone want to know what we are reading for the august book of the month??

sheesh, tough crowd in my head…

so, in this book, we find our heroine emily post-divorce from her philandering husband adam(!), headed out for a european vacation with her friends jim and sally. because what is more fun than a couple’s retreat with a sad and newly-single third wheel? not much!

so, they make it to germany, and they go to their separate-but-adjoining rooms to “freshen up,” which to jim and sally means “bone.” and listening to their mutual pleasure makes emily all horny so she masturbates in the shower. no, actually, let me be more specific. she LAYS DOWN in the HOTEL SHOWER and allows the water to do most of the work, as it cascaded down into her like a fire hose, forcing her lips apart and filling her womb with warm water. and – yay – she has her very first orgasm since the divorce. on a shower floor in a foreign country that she did not luminol the shit out of first. 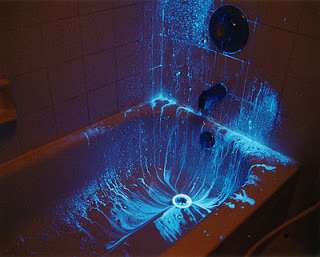 gross. so, jim hears rumors that there is a castle nearby – the castle where the Dr. Frankenstein of legend had created his monster. because mary shelley was a journalist. to be fair, they do go back and forth on this, and eventually they concede that maybe it was just some doctor performing weird experiments and not necessarily the one from the novel. but no matter.

emily gets weary and tells her friends she is going back to the hotel, but on her way she finds a hidden enclosure on the grounds, with a small handle buried partially in the ground. tugging on the handle (heh – foreshadowing) causes the ground beneath her feet to collapse and then OH NO!! she has fallen into a secret chamber fifteen feet beneath the ground.

no one can hear her, her cell does not have a signal so far below ground, and she cannot climb out to safety. how do we know this?? because she tells us. a lot.

Struggling to her knees, she called up for help, hoping someone would hear her, but didn’t get any reply… She quickly took out her cell phone and called Sally. Nothing, she could not get a signal this far underground.

fine. established. but then in the paragraph that follows:

Her phone didn’t work, and no one above seemed able to hear her pleas for help.

okay, got it. but then in the NEXT paragraph:

She tried her phone again, still no signal. Calling out for help several more times didn’t seem to work either and after ten minutes, with her voice hoarse, she gave up.

finally. jesus, i don’t know if i could take four paragraphs in a row saying the same damn thing.

oh, but spoke too soon, because in the next paragraph:

Emily waited for a few more minutes and stood up and called out again for anyone. The small gap of light that trickled down seemed deserted and far away. No one would ever hear her way down here.

i know, right??? it’s like you figured that out three paragraphs ago, sheesh.

Emily sat in silence in the hole for hours.

and finally, after HOURS, she realizes that the hole is bigger than she thought it was. (twss) and she finally starts exploring instead of wasting time with the cell phone/calling out for help bidness.

oh my goodness, a tunnel?? maybe i should explore it to try and find another way out instead of just sitting in this tiny hole in the ground that has clearly been undisturbed for hundreds of years. and after she goes 100 feet or so (seriously – so much time wasted on your cell phone) down an underground, stone lined passageway, she finds a door (pretty sure that “underground” is understood by this point)

she finds herself in an old lab… littered with scientific equipment.

The scientific equipment arrayed around the room was staggering. The effort needed to obtain and run this stuff must have been immense.

was the scientific equipment drunk?? was it wounded?? what’s with the staggering?

she lights bunches of candles and sits down at a table. Bored, she pulled one of the books toward her and opened the cover. It was all hand written, and looked like notes, but she couldn’t make any of it out. It was all in German.

being trapped sure is boring!

she takes this time to examine her clothing and noticed

She had a tear in her blouse at the shoulder, it wasn’t a bad tear, but it definitely gave anyone around to notice a good view of the top of her breasts.

and ugh – when will this girl learn that when you think you’re trapped, you gotta keep exploring? because she finally stops sighing and plucking at her shoulder-breasts and eventually has more of a wander, when all of a sudden – she was startled by something odd she hadn’t noticed before on a table in a far corner.

Her eyes were glued to that impressive display of manhood, and her fingers twitched to touch it. She didn’t even realize that her hand was moving toward the penis until it passed in front of her eyes.

She quickly withdrew her hand. What’s wrong with me, she asked herself. I’m not going to touch a corpse’s penis, that’s disgusting.

says the girl who was lolling nude and splayed on the floor of a hotel shower.

but she can’t help but be drawn to this massive penis and suddenly she finds herself poking the corpse’s leg with her finger, and finding the body warm, even though it is not breathing and has no pulse. WEIRD, RIGHT!!!! this requires more poking.

Finally, unable to resist her curiosity any longer, she reached her hand out and touched its penis. It was soft and warm as well.

and then it’s go time. she’s all grasping it and hefting it and bending over and frowning with all sorts of scrutiny to examine the scrotum, as one does when one comes across a corpse in an underground dungeon, and then suddenly she “inadvertently” brushed the cockhead against her chin. OH MY HOW EMBARRASSING! but she doesn’t even pause before she is rubbing it all over and then OH NO YOU DIDN’T

…without thinking she stuck out her tongue a little bit and licked the head. It tasted a bit salty, but not unlike a regular penis. She licked again, and then again. Before she realized what she was doing, the head of the dick was in her mouth and she was sucking on it without regard to her present situation.

WITHOUT REGARD TO HER PRESENT SITUATION??? what about without regard to the fact that this is the dead body of a stranger and you are putting the place where it used to PEE in your MOUTH??? 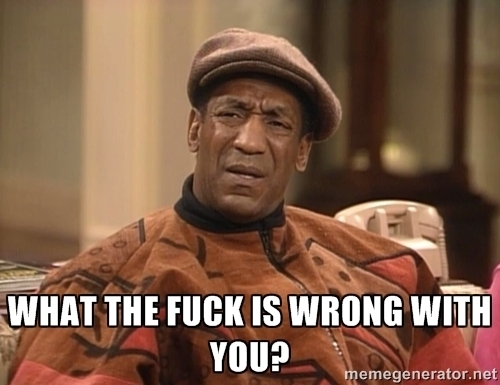 and then of course her mouth has wonderful restorative powers and This creature, which had lain dormant for untold years, had somehow been reanimated by her sexual ministrations.

kids – do NOT try this at home.

It was horrid to look at, a jumbled mess of stitched together body parts.

really?? because that’s not what you were thinking a minute ago when you started putting this corpse’s penis in your mouth.

she gets all swoony and starts reading into this dead body’s facial expressions and assigning all kinds of sweet and helpless human emotions to it like sorrow and dejection and confusion and fear and she starts getting all melty-heart fixer-upper over it.

She gasped against the muscular chest as the creature stroked her hair with curled fingers while its enormous tool banged against her thighs. It was clumsy and didn’t know its own strength, but she felt sorry for the monster, it really seemed lonely.

which she thinks riiiight before he shoves her onto the table, tears her blouse in half and throws it on the floor, before he rips off her shorts into little pieces. you know, because he never had a mommy or something.

Emily knew what this monster wanted from her, and there was nothing she could do about it. In a way, she almost welcomed this sad creature’s advances. It looked so dejected and alone, longing for companionship and love that her heart began to race.

this is the kind of “awww, he looks like he wants a hug” misinterpretation 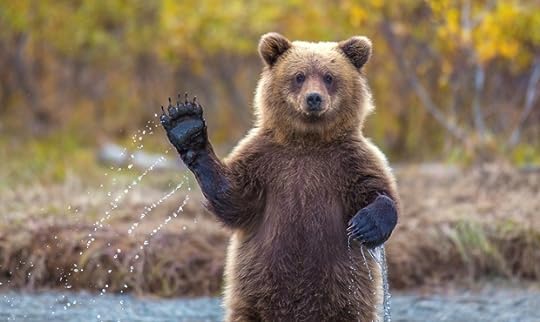 that leads to this: 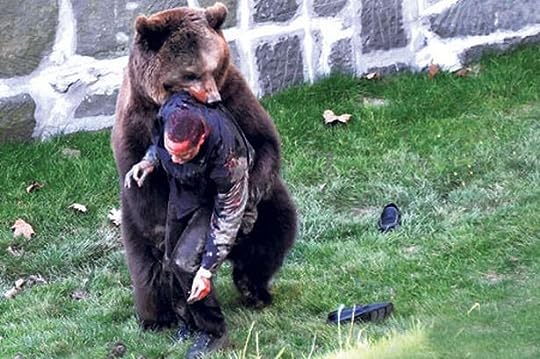 here is another instance in which emily shows she is fucking delusional:

…she couldn’t help but think that the monster did not realize what its cock was for and she would have the pleasure of showing it just what that wonderful limb could do.

Perhaps this monster did know what to do after all. hmmm, and maybe you’re also wrong about this whole wounded monster business?

maybe you have been watching too many shows in which dead bodies have dark sorrowful feelings? 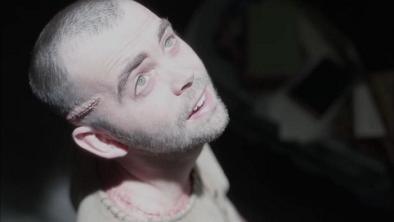 then there’s like 9 pages of sex which ends in more delusions, Emily instinctively knew the creature regretted taking her body the way that it did, and she moved quickly to reassure it.

maybe the lady who didn’t know her husband was cheating on her for a year is not the most astute judge of character.

but, who knows – maybe it will all work out, and the wistful dream she had at the beginning of this story:

all she ever wanted in life was to settle down with a man she loved, and who loved her as well. To be together forever, to always have someone to care for, and who would also care for her.