Then Later, His Ghost by Sarah Hall
My rating: 4/5 cats 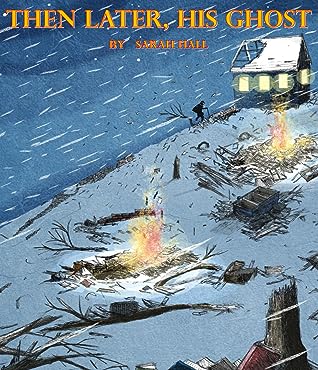 He’d seen awful things too. A man sliced in half by a flying glass pane, his entrails worming from his stomach. Craig’s broken skull. The good things had to be held in the mind, and remembered, and celebrated. That was why he had to get the pages for Helene and why they would have a nice Christmas.

BING BONG, BING BONG! the first of the december short story advent calendar stories to be christmas-themed. sort of. it takes place in a ruined world, made of cold and extreme wind, survivors and tinned food, where nearly all of the animals are dead and nearly all of the books have been ruined. no, thank you, says me, but the narrator is a man with a much stiffer upper lip than mine, and a pregnant woman under his care. out he ventures into the raging winds, risking his life to get her a very special christmas present, making every black friday nightmare story you’ve heard seem like child’s play.