Kaiju maximus®: “So Various, So Beautiful, So New” by Kai Ashante Wilson
My rating: 4/5 cats 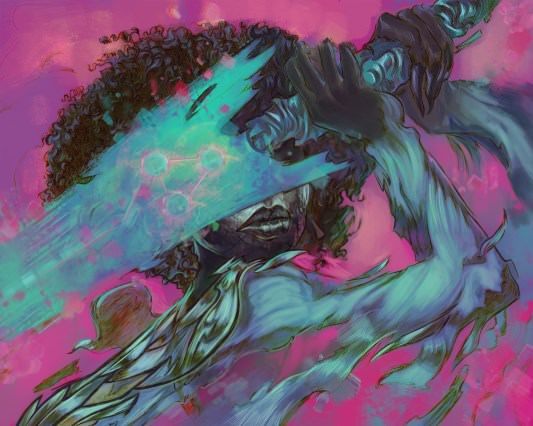 They couldn’t guess what shape, this time, the hero’s metamorphosis would take; she had no idea herself. Their only forewarning was that, whatever changes, they would be always perilous, always a shock.

soooo, this was great. i’m always excited to read new stories by this guy, and this is probably my second-favorite of everything of his i’ve read (The Devil in America is still #1). this is the least linguistically playful of his work (although there’s still a touch of that here), but it’s also the biggest and broadest in terms of concept/story, even though the main focus is still small; on three of the four members of an unusual family. there’s always some ambiguity leftover for later, and i would love to know more about sofiya, but i’m very happy with all of the words that exist, so i’m not gonna grouse about the ones that don’t.

short review for a short story, but think of all the time i’ve saved you! now you can go read the story itself, which is much better than any of my sentences about it have or would have been!