okay, i have finally reviewed this. it has been sitting in my windowsill-stack of “books i gotta review” long enough, and i just can’t look at it anymore. as little as i wanted to revisit it, i feel anxious when i have placeholders or blank spaces in the review field, so here goes nothing.

i give every author three chances to impress me. you know the old saying: fool me once – shame on you. fool me twice, shame on me. fool me three times – it’s back on you.

and sometimes it pans out – hermann hesse had a great last-minute save with Demian after failing to wow me with either Siddhartha or Narcissus and Goldmund. jane austen, i am sorry to say, got her three shots and none of them made me see what all the fuss was about. 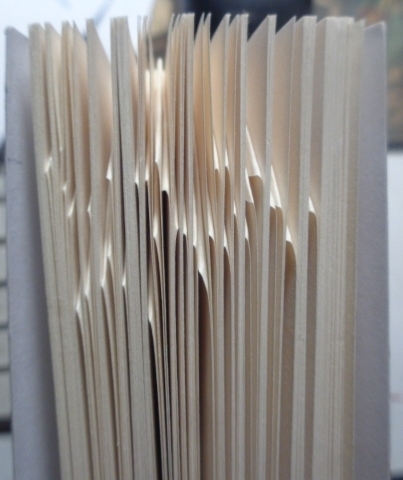 that is a picture of the folded-over pages in my copy of this book, each one representing a poem in this collection that i found problematic in some way: sloppy rhyme/meter/rhythm, misused words, superficial abstractions, vague intention masked by “pretty” conceits, and just general “offness.” no one has the time or inclination to go through the whole book with a red pen, but i’ll refer to some specific examples in this review, lest anyone think my negativity is some knee-jerk bitterness over the nonsense that happened on my thread for love and misadventure and then continued to escalate outside of goodreads in situations that were very character-revealing.

remember, hikers, sometimes nature will put its poison in a pretty, pretty flower. 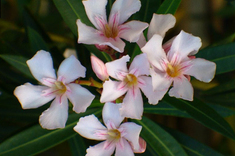 when you write a book and it becomes popular, you have two choices as a writer: you can either stick with what has already proven successful and continue in the same vein, or you can take a risk; evolve as a writer, and deliver something that shows you have range beyond your first time out. there are risks and rewards no matter which way you choose: taking risks can sometimes end in failure, losing the fans who liked your early stuff, but maybe gaining the respect of discriminating readers who appreciate risk. staying the same might satisfy your already established fans, but people who didn’t like the first book aren’t going to like the second book.

this book is not taking any risks, and is exactly the same kind of singsongy pap as the first book, and there are even six poems from Love & Misadventure reprinted at the end. in case you wanted to revisit them.

it’s another collection about love and obsession and regret and breakup woe and the joy of defining yourself in terms of another person’s feelings for you. there’s no growth in the writing; both the subject matter and the way it is expressed are extremely infantile.

although this time, she’s all growed up and gettin’ racy and in one of her prose pieces, after some pillow-talk lover’s fantasy about stealing a book from a bookstore, which is already douchey enough, the piece ends like so:

Then do you know what I’d do?

What – would – you -do? she says between peals of laughter.

I’d take you out, fuck you up against the car. 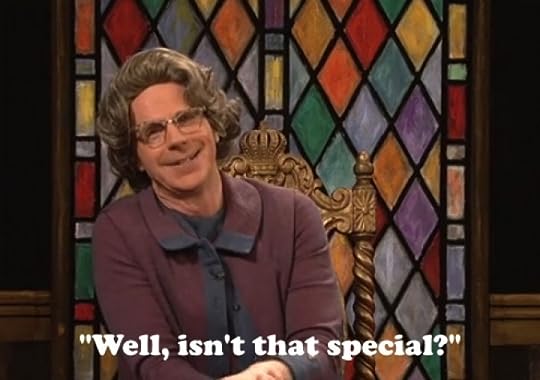 it’s revealing to me that most of the glowing reviews of lang leav’s books on here have expressed some variation of “this is my first poetry book” or “i never liked poetry before this.” and that’s great – it’s always encouraging to see people enthusiastic about books, regardless of what the book actually is – every reader their book and yadda. and i understand that language is a constantly evolving creature – the word “tragedy” has become less-specific than its original meaning in colloquial usage, while “decimate” has broadened in scope and words like “literally” and “epic” have had their meanings obliterated completely and semantic bleaching morphs words all the time. but “poetry,” too?? has poetry become “anything written in choppy little line breaks?” i’m not even a huge fan of poetry, but i know that it’s more than just words scattered on a page. and don’t give me that “free verse” nonsense. because even free verse has rules. and here are some of them:

Free Verse is poetry that is based on the irregular rhythmic cadence recurring, with variations of phrases, images, and syntactical patterns rather than the conventional use of meter. In other words, free verse has no rhythm scheme or pattern. However, much poetic language and devices are found in free verse.

Rhyme may or may not be used in free verse, but, when rhyme is used, it is used with great freedom. In other words, free verse has no rhyme scheme or pattern.

Free verse does not mean rhyme cannot be used, only that it must be used without any pattern. 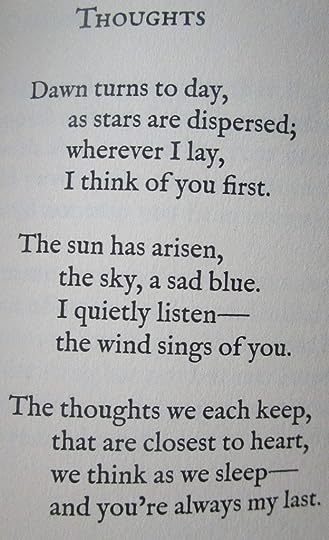 cannot be deemed “free verse” because there is an attempt at patterned rhyme, it’s just poorly done. if you’re going to make the effort to rhyme, follow through and be consistent. otherwise, the reader will find the hiccup grating and it just ruins any emotional connection you may have had to the poem because you are taken out of the moment and you have to start over and see what the hell happened. if you’re going to choose to be rhyme-y – BE RHYME-Y – you can’t go rogue in the middle or the end of a poem. find a way to make it work or abandon the idea of rhyme scheme altogether if it’s clipping your wings, because honestly – greeting card rhyme patterns do not a sophisticated poem make, and i don’t understand her commitment to this style when she can’t even seem to do it correctly half of the time.

this one, okay, this one IS free verse – hooray. 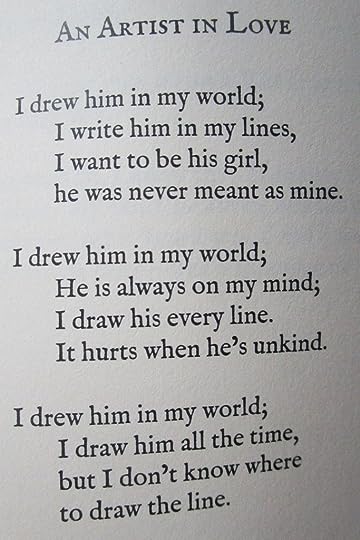 but here, leaving aside the jejeune sentiment and the tra la la of it, which may be appealing to some readers, there’s a structural problem here in the scansion; the way the reader is led along by the nose in a consistent cadence and meter until that off-putting stumble over the finish line. it’s terrible execution and shows complete disregard for the reader.

and this is something that occurs frequently throughout this collection – one lazy rhyme in the middle of a poem that otherwise has a very rigid rhyme scheme which throws the whole thing off. or one dissonant rhythm break that makes you wince. 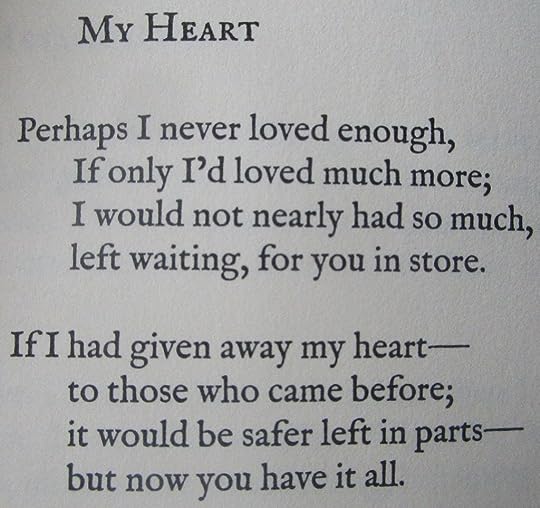 this is the second poem in the book. “i would not nearly had so much” is not the way you want to introduce a collection.

this book also contains a number of prose pieces, many of which are trying so hard to be clever and conceptual through the conceit of personifying abstractions (Patience and Love agreed to meet at a set time and place; beneath the twenty-third tree in the olive orchard), but they’re so forced and artless. capitalizing a word does not automatically make it meaningful. you gotta supply the meaning with the other words.

There was a girl named Despondency, who loved a boy named Altruistic, and he loved her in return.

for grammatical/semantic balance, shouldn’t that be “altruism”? or “despondent?” noun/noun or adjective/adjective? this is what is so frustrating – it’s all surface-pretty, but utterly thoughtless. you can be as surprising or poetic as you like, but there should also be lyrical elegance. there’s no sense that any effort went into the writing of these, no going back and rereading to make sure these words work together. it’s all churn with no meaning. 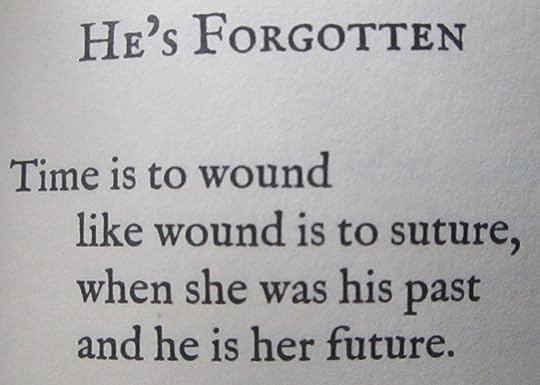 that is the complete poem. and it’s a mess. analogies are meant to be gracefully balanced comparisons of the relationships between disparate things. (hot is to cold as fire is to ice) but this one is ass-backwards, as anyone studying for the sats could tell you. i assume she’s riffing off the adage that “time heals all wounds.” and she’s aware that a suture is used to close a wound, which is a literal comparison to the metaphorical healing that time performs. but in the syntax she’s using here, she’s basically saying that “wounds heal all sutures.” which is incorrect. and i’m sure she thought it sounded pretty and was so darn proud of her rhyme she thought no one would notice how sloppy and illogical it was. but i certainly did.

these instances of “i am making pretty words say things that sound kinda smart and poetical” but make no sense occur frequently, like Sometimes when I read a book, parts will lift from the pages in an anagram of your name. Like a code to remind me it’s not over. Like dyslexia in reverse, which makes my head hurt too much to even begin to parse.

and it goes on and on – incomplete thoughts, missing words, elisions:

how they easily WHAT? 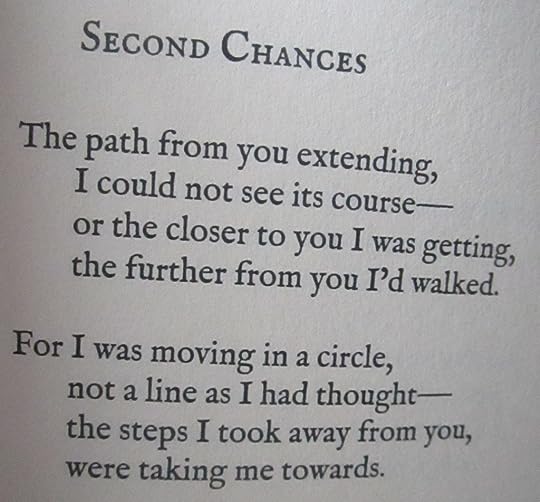 leaving aside the fact that a circle IS a line, are we supposed to fill in the blanks ourselves? “towards” is a preposition and requires a noun or a pronoun to complete the thought, which i assume in this case is “you,” but again – really sloppy syntax. and this is what is so galling and made me so furious reading this collection – the sacrifice of meaning for the sake of rhythm in some instances, while so frequently being cavalier about maintaining consistent rhythm in others. 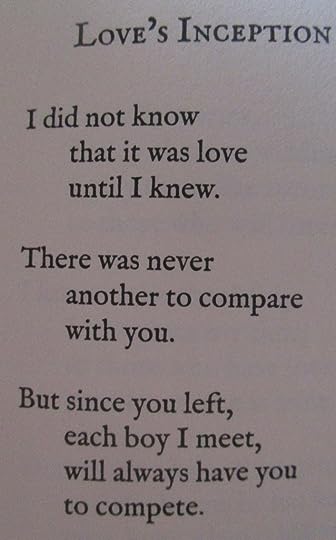 more slipshod scansion, more jacked-up sentence structure. to compete with? to compete for? to compete in? finish your thought.

and i know that some people love these poems because OMG the feels. and maybe this is a generational thing or a byproduct of people who get book deals based on their internet popularity where there is less editorial oversight, and maybe my complaints about this put me in the same category as people who complain about the infantilization of america with its grown men in baseball caps and those kids and their video games and how all the pop stars are under the drinking age and that’s not music why in my day and get off my lawn. but maybe it’s just disgust at the fact that people are willingly shelling out seventeen dollars for a hundred or so carelessly-written poems, many of which do not exceed eight lines, and it’s the poetic equivalent of nursery food.

and that is what i thought of this book.

and i know i’m gonna have all these people come out and tell me how much they liked this book and how it changed their life and how wrong i am for scrutinizing it because poetry is like rainbows and it is immune to judgment. and yay for you if you liked this and it had value for you, sincerely. but opinions and an asshole – i have both. and even my asshole thought this collection was unsophisticated and sloppy.

pulitzer prize nominee maya angelou, in the year of her death, writes a poem commemorating the life of nobel peace prize recipient nelson mandela, (who died in december 2013, but that’s pretty much 2014), and we honor their lives by allowing this to win the 2014 goodreads best poetry award?:

The words I heard
from you today,
are said when
there’s nothing
left to say.

What I would give
to make you stay,

I would give it
all away.

i was hoping i wouldn’t have to read this, but goodreads voters have forced my hand.

i’ll let you know if it’s any good.