Much Ado about Stuffing: The Best and Worst of @CrapTaxidermy by Adam Cornish
My rating: 4/5 cats 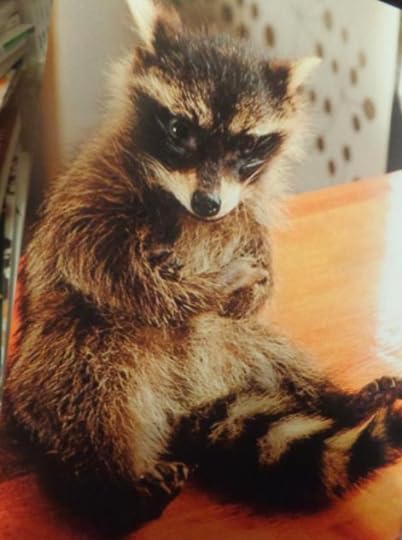 i’m not entirely sure how this book relates to that other book: Crap Taxidermy that i reviewed in the wayback.

one is from a blog, one is from a twitter – you’re asking the wrong person if you want further distinction. all i know is that both books feature photographs of animals who have been ineptly stuffed and preserved in various ways, many of them humiliating. 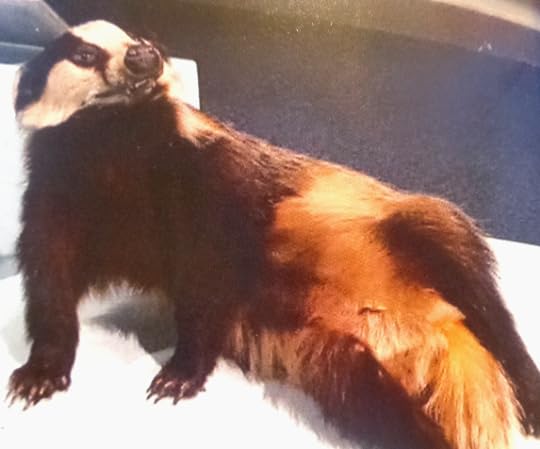 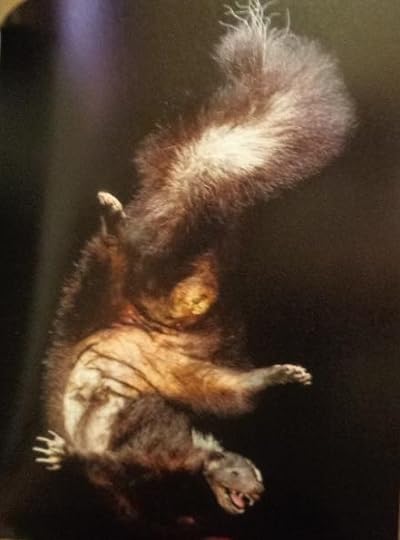 and many just bizarre 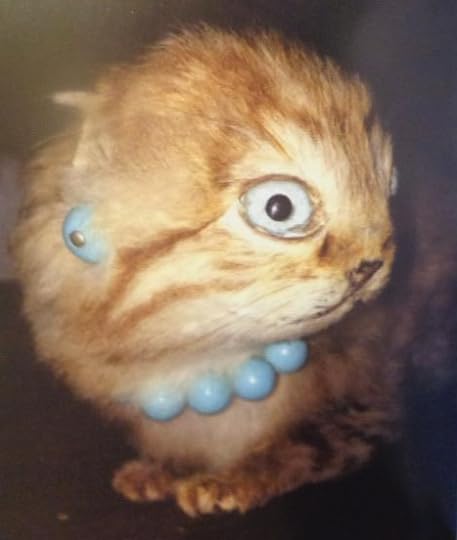 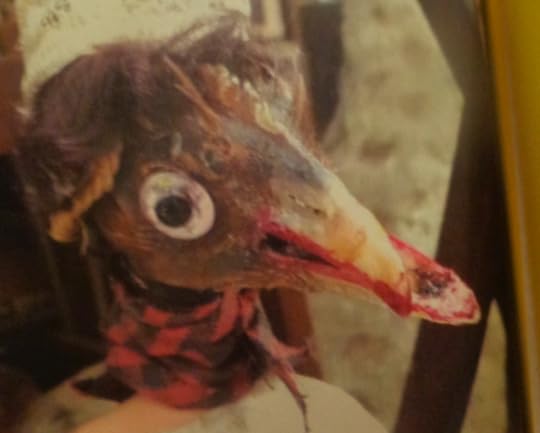 now, i know taxidermy makes a lot of people uncomfortable, but i’m a monster. while i love the little animals as much as anyone else who knows what youtube is, and while i don’t advocate going out and killing animals for fun or art, i do enjoy the animal displays at the museum of natural history, and i enjoy these too, on a totally different level. 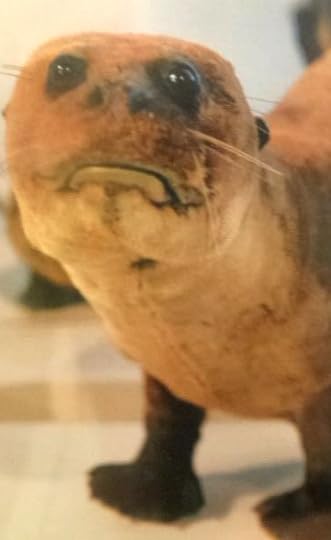 and how can one argue with people who wish to lovingly preserve the memory of their beloved pet in a more tangible way? 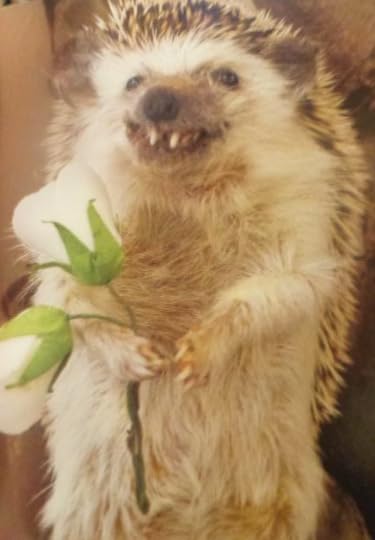 that other book is much longer and more comprehensive (i.e. more horrifying), and it has better photography and text, but this one is still well worth checking out. there’s some overlap between the two – some repetition of photos, although i’m pretty sure there is no end to the things people can come up with when they suddenly find themselves in the possession of a dead animal WHO HAS DIED PEACEFULLY IN ITS SLEEP AFTER A LONG AND FRUITFUL LIFE. 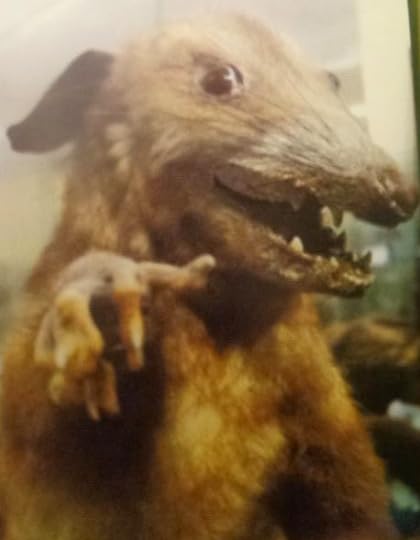 even the most tender-hearted has gotta smile at these little guys, right? 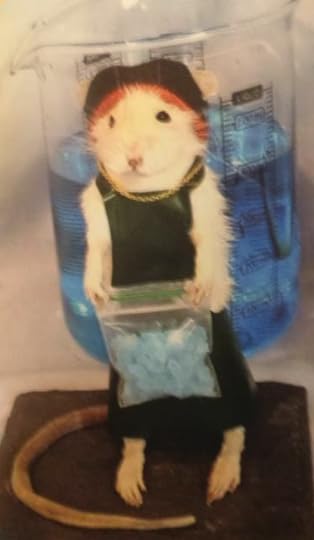 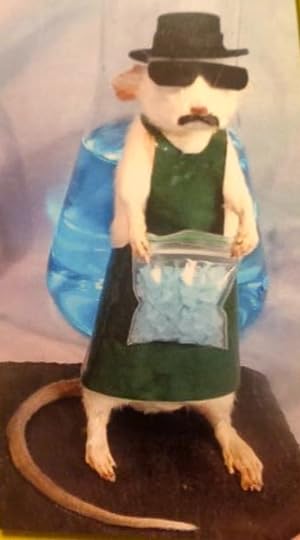 whatever this is wants you to laugh. it really, really does. laugh for the creepy monster. 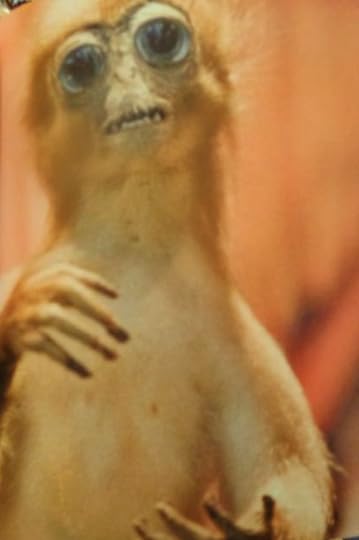 and even that cranky yuckoon has come around!!! it’s FUN being stuffed! 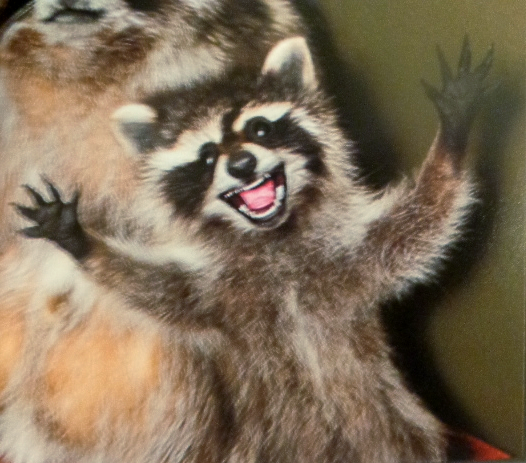 for the record, i would also enjoy this book if it were filled with humans who had been taxidermied. or plants. or … geodes.