The Beautiful Poetry of Donald Trump by Rob Sears
My rating: 3/5 cats

after yesterday’s debacle, it seems like a good time to review this one.

i was dreading this prompt, not only because i have trouble focusing on narrative audio in general, but also because the prospect of listening to a series of poems read aloud in full performative inflection made my soul itch.

and then i discovered trumpoetry, and it was impossible not to focus on it, nor to ever unhear his words. i would say “don’t quit your day job, trump,” but then i remembered—you’ve been fired. by america.

mind you, these are not actual poems actually written by donald trump; they’re more like ‘found poetry’ curated from a selection of his (oh-so-many) tweets; magpie-ing a line here, a line there, arranged into coherence and displaying more humanity than most of trump’s actual speeches, all read aloud by a #FAKETRUMP. it’s a fine novelty-book, even if you’re someone who never wants to have to think about him ever again.

the best thing is that this is a game anyone can play. here are some i’ve compiled myself, from a sampling of trumptweets:

Are you allowed to impeach a president for gross incompetence?
I said no!
They laugh at what fools our leaders have been.
Dumb leaders.
No more!
my I.Q. is one of the highest -and you all know it!
Will own America soon.
Sorry everyone!

Everyone knows I am right that Robert Pattinson should dump Kristen Stewart.
I try so hard to be his friend
Maybe I just didn’t get the call?

Mexico will pay for the wall!
I love Hispanics!
I always insist on being politically correct.
They cannot help the fact that they were born fucked up!

We have developed, under the Trump Administration, some really great drugs
I feel better than I did 20 years ago!
Party harder than any Democrat.
Looking forward to Friday.
as we wait for what should be EASY D!

There is nobody more Patriotic than me, your favorite President!
They will soon be calling me MR. BREXIT!
Should get a medal!

Where is the outrage for this Disney book?
Will people never make a stand!
The cast of Hamilton was very rude last night
The Fake News refuses to report this!
Windmills are the greatest threat in the US
Suppression Media!
I’ve had enough of this – good night!

Here is my statement.
Don’t be afraid of Covid.
Nothing can be done to cure that giant scam.
Another HISTORIC breakthrough today!
The United States shows more CASES than other countries
What did these geniuses expect when they put men & women together?
Only in America!
SO TRUE!
All others lived
There has never been anything like this in our Country!
Weekend daytime even worse, dead.
It was my great honor to help, a tremendous achievement!
No other politician would do this!!!
It’s called total corruption!
I just want to stop the world from killing itself!
bad things happened.
Sad end to great show
Get well soon!

here’s a call-and-response poem between those erstwhile lovers; trump and twitter:

…I WON THE ELECTION, BIG.

How can you have a presidency when a vast majority think the election was RIGGED?

…AND I WON THE ELECTION. VOTER FRAUD ALL OVER THE COUNTRY!

Let them do it. BE STRONG!

and here are some raw materials to make your own:

NO WAY WE LOST THIS ELECTION!

So much truth to this!

Even a boring football game, kneeling and all, is better!

Every time I speak of the haters and losers I do so with great love and affection.

I have never seen a thin person drinking Diet Coke

Actually, throughout my life, my two greatest assets have been mental stability and being, like, really smart.

Must also tree clear to stop fire from spreading!

I am a Tariff Man.

I know tech better than anyone

The Media is deranged, they have lost their minds!

NEVER, EVER THREATEN THE UNITED STATES AGAIN OR YOU WILL SUFFER CONSEQUENCES THE LIKES OF WHICH FEW THROUGHOUT HISTORY HAVE EVER SUFFERED BEFORE. WE ARE NO LONGER A COUNTRY THAT WILL STAND FOR YOUR DEMENTED WORDS OF VIOLENCE & DEATH. BE CAUTIOUS!

Who wouldn’t take Kate’s picture and make lots of money if she does the nude sunbathing thing. Come on Kate!

People are proud to be saying Merry Christmas again. I am proud to have led the charge against the assault of our cherished and beautiful phrase. MERRY CHRISTMAS!!!!!

many are saying I’m the best 140 character writer in the world. It’s easy when it’s fun.

She was bleeding badly from a face-lift.

Oh no! What is going on?

Think I’ll stick around for awhile!

So sad for our country!

which is an international joke.

Gee, what a surprise.

What’s wrong with this guy? What is he hiding?

It won’t be needed. We will all WIN!

it is still a big, old, slow turtle. Get the dam vaccines out NOW

WE HAVE JUST BEGUN TO FIGHT!!!

I have been doing this. I agree!

an embarrassment to the USA!!!

No Wisdom, No Courage! 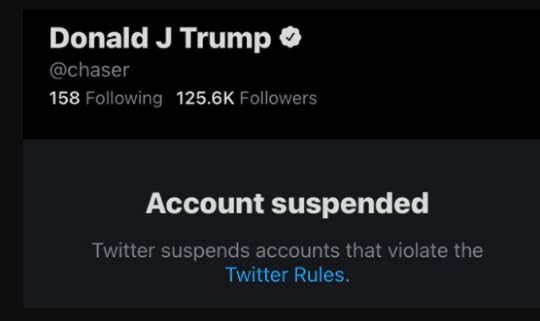