Double Stuffed By The Gargoyles by Rose Black 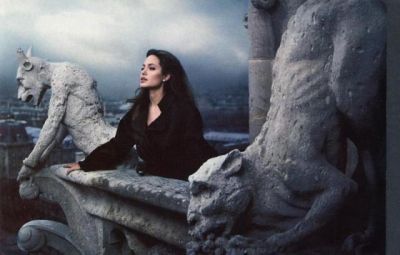 ‘cuz getting fucked once isn’t funny.

so, every year, some of the ladies in my monsterporn group do a little secret santa ceremony, and this is the one that was chosen for me.

but gratitude towards my secret santa won’t prevent me from poking a little fun at the book, because that’s who i am.

this is not my first sexxy gargoyle rodeo, so if you find i haven’t answered all your questions about gargoyle sex in this review, feel free to check in here for more:

sex with a gargoyle

all i know is that i would never want to have sex with a gargoyle because smearing bird poop onto flesh raw and abraded from jamming a rock up in my business is not a personal kink of mine. but to each their own. 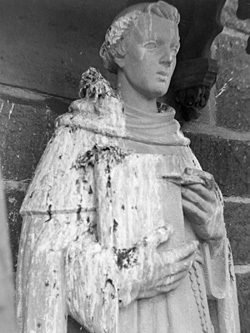 so, our girl angie is having a party. yay, party! and during that party, she takes a gentleman up onto the roof for some sexxy drunken funtimes. yayyy sexxy drunken funtimes! and while she is bent over an air duct, she is in a position to notice, for the first time, that her rooftop has gargoyles on it! which is much more interesting than brian’s lackluster thumping at her from behind. she decides to make the best of it and resorts to a little self-service because brian is just not getting the job done on his own.

and while she is tending her own garden, she’s checking out those gargoyles. eyeballing their chests, torsos, perfectly muscled bellies… and speculating about the parts covered up by the carved loincloths. 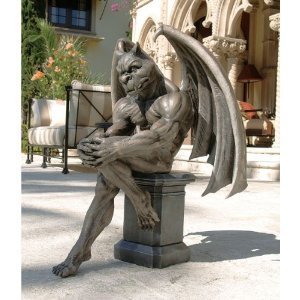 and she’s intrigued: Absurdly, I found myself wishing that it was one of them fucking me, instead of boring Brian.

because i guess she is turned on by rocks and bird poop.

and just when the combination of her fingers and her filthy imaginings of stonal penetration is about to get the job done, boring brian finishes his part of the fun, says “thank you,” and refuses to assist angie in her own goals even though he is a guest at her party. rude.

You can’t expect a lousy lay to finish the job.

brian heads back to the party (HER PARTY) with some bullshit

“Okay. So this was, um, nice,” Brian said, and he gave me a smile as he shifted awkwardly. “We should, um, hang out again sometime.”

but angie shoots that plan down because -no.

and she stays up on the roof to try to tamp down the half-stoked fires in her loins. 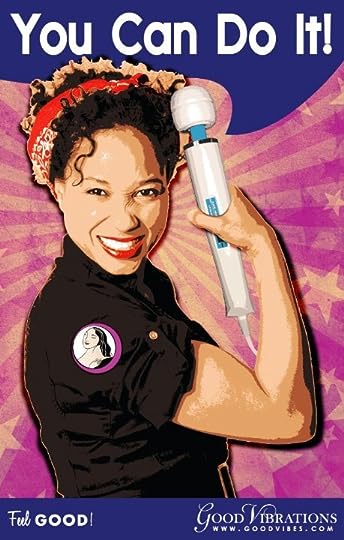 and their own two gargoyles.

because just when angie is about to get to that point she is interrupted AGAIN! but this time, it’s okay because she isn’t being interrupted by brian’s shortcomings (quickcummings), but by the entrance of some new players.

can you guess? can you even guess who?? 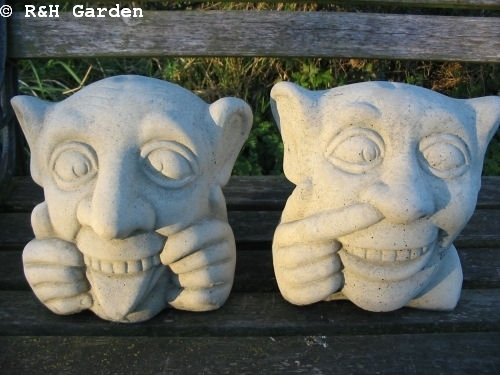 like any good monsterporn heroine, angie misdoubts what she is seeing at first.

The mixture of wine and horniness was clearly getting to me, making me see things that just weren’t real.

and they speak english and everything. deep-voiced sexxy english. and they start coming on to her, like overconfident giant things made of rocks will do. and it is a little alarming.

It dawned on me that I should be afraid. Very afraid.

forgetting how she’s been admiring their carved forms earlier, she tries to run, but falls over because – panties around knees.

which is still better than tripping over a sheep, but whatever.

and the chatty gargoyle reminds her, while pinning her down, sitting on her back and licking her with a stone-tongue, that she was all into them before she realized that they could actually do shit, so why run now? 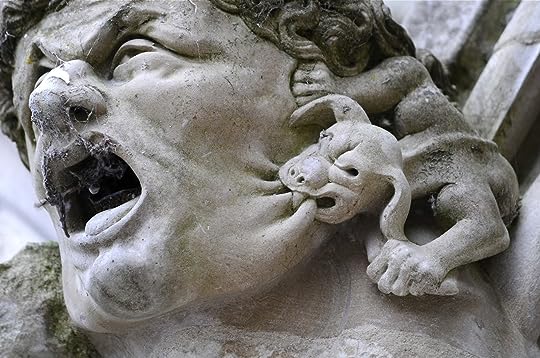 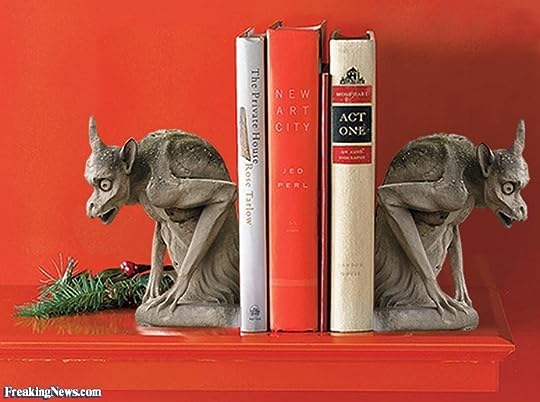 where angie is the books. and the gargoyles are facing the other way. and there’s more erections. but you get the point.

and she stops being scared and just goes for it. 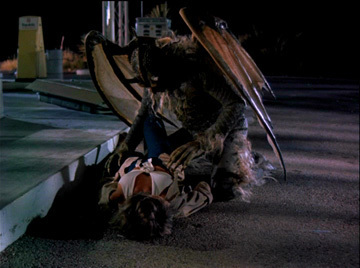 although throughout all the rubbing and fondling and other stone foreplay, she’s still a bit confused.

Somewhere deep in my mind, part of me tried to make sense of what was happening, but as the two gargoyles enveloped me, touching, teasing, tasting me… That voice was quickly quieted, overpowered by the intense desire that was coursing through my veins, making every inch of my body feel alive and on fire.

which i assume is a figure of speech because ow.

but then she remembers there are TWO gargoyles. and how is she going to accommodate both of them? (and where did their stone loincloths go?? she doesn’t wonder this – that is my wondering.)

then she figures out what they have in mind 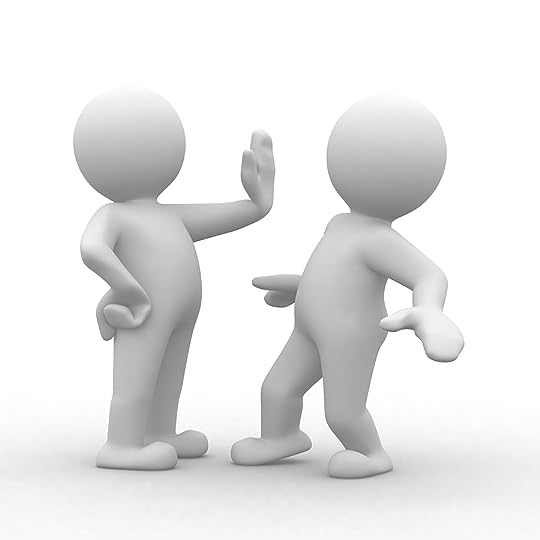 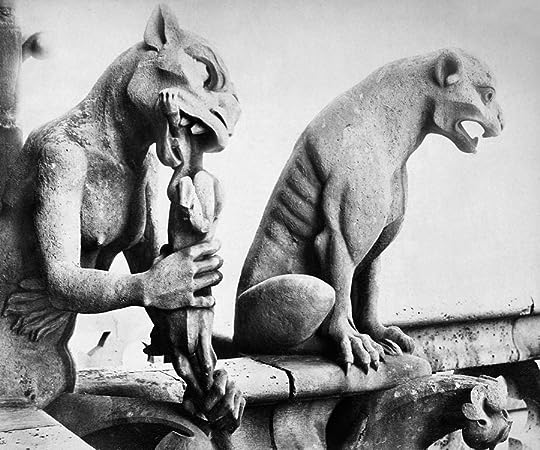 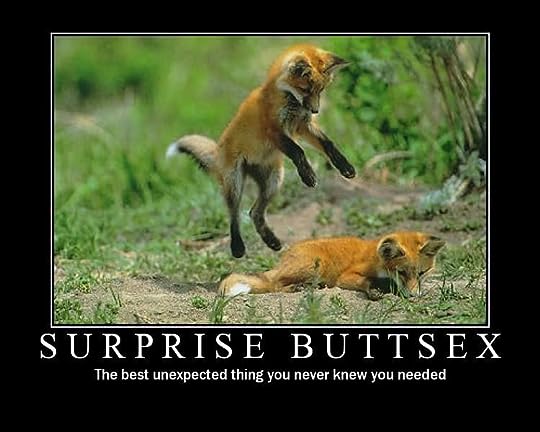 I moaned and groaned and writhed as the gargoyle prepared me, easing his cool tongue into my tight back door and swirling it in a pattern that left me gasping for air.

okay, i have more questions. do these gargoyles, in mobile form, secrete moisture? because coolness is all well and good, but stone is stone and won’t necessarily “prepare” anything unless there is some sort of lubricant involved. a backdoor virgin is going to need more than some cold rock to ease the passage. 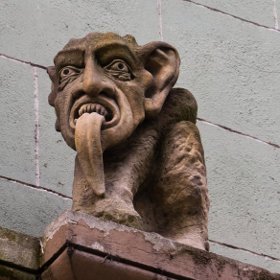 but she seems to be past the point of feeling pain, all hopped up on endorphins, anticipation, and denial.

I felt like nothing more than a ragdoll, just a plaything for these two massive monsters. And I was loving every second of it.

but will she enjoy her UTI??

and then, in true monsterporn fashion, we get a giant character-backstory infodump at an entirely inappropriate time. no one wants to LEARN stuff when they are trying to get all hot and bothered.

I felt like a wild thing. Crushed between the two stone monsters, I was no longer Angelina, clumsy bookstore employee and romance novel addict. I was a being made up of pure lust. Wanton, insatiable, filled with carnal longing.

i’m glad she is employed, i guess, but what about all the sexxytimes? but at least now we know where her vocabulary for the passionate arts comes from!

back to the gargoyles. gargoyles are dirrrrty 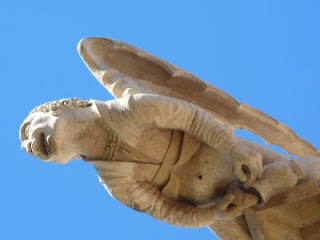 sex proceeds they way sex does – things go in, things go out, everyone has a grand time for a few pages and then everyone has orgasms and is pleased with their accomplishments. 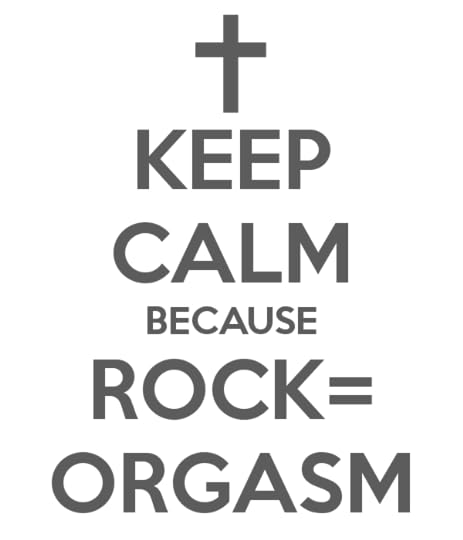 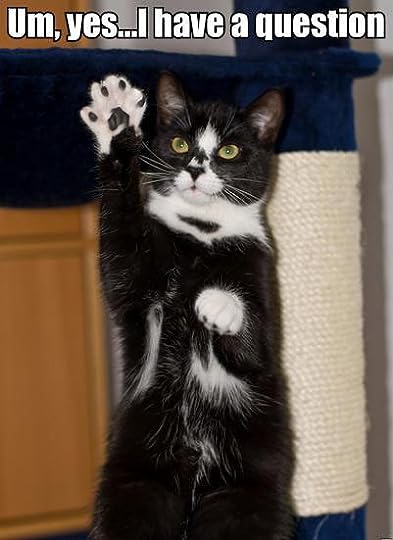 what, specifically, does the product of a gargoyle’s orgasm resemble? i need to know what form gargoyle seed takes. is it gravel? wet cement?

is she going to lose her passageway when that shit dries? because this is more reason not to have sex with a statue. in case you needed more.

angie does not need more, because she is perfectly content with what went down.

That had happened, and it had been incredible. Exactly what I’d needed.

and then angie proves that she is much more refined, classy and polite than stupid old brian, and more grateful for services rendered. upon cooling down from her ardor, she finds the gargoyles returned to stone form, immobile once more.

I felt my lips break into a wide smile, and I bowed to the two massive stone statues. “Thank you for a wonderful evening, gentlemen.” I said with a wink. 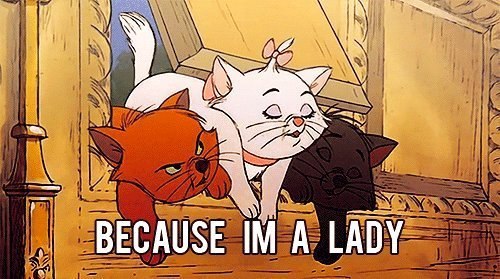 and that was my secret santa present!
thank you, smutty sammy! 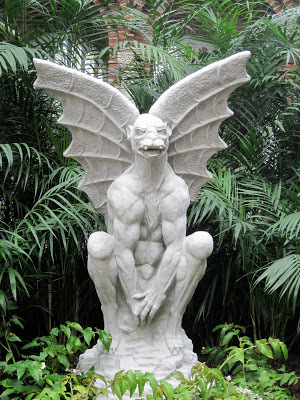 because it’s not a secret anymore!