Tomb Violator vs The Slime by Tiffany Bell

i really don’t even understand this one. 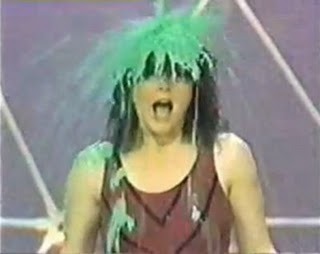 i think it is the lack of personality that is my stumbling block. these are supposed to make me laugh, but this one is just pure confusion. i mean, the woman in question has herself a good time, but for me-as-reader, i just did not.

but i will try to review it objectively, for those of you on the fence about slimerotica.

so, lily is “one of the best archaeologists in the world” who is very wealthy and also has a strong background in architecture and engineering. we know this because the story tells us so. but it’s not because she loves history or is a nerdy relic-scholar; she just becomes physically aroused by her finds. so she has to go on her missions alone, because the ritual she performs when she makes her finds are… nsfec (not safe for expedition crew)

there would be talk.

Everyone knew the prim and proper Lily Cooke, dressed in the best clothing that money could buy. She was a super-star of academia. No one knew the things that Lily did in these tombs. She ventured out into the wilderness in a pair of tight, skin-hugging black shorts, a black tank top, and a sports bra that hardly contained her massive tits. Of course, she did wear some articles of clothing that were appropriate for her adventures. A pair of hiking boots and some mountain climbing gloves were a staple of her adventures, as well as a pair of pistols – just in case she encountered any dangerous wildlife or hostile natives.

i have a feeling angelina jolie should be paying attention to this. she might be getting cloned here.

but unlike angie, lily wears these tiny things not because she’s gotta look hot for the 18-45 male movie audience demographic, but because the less she wore, the less she had to remove when she performed her ritual.

so she finds this temple, see? with a particular feature; a statue on top.…the more she looked at it, the more it looked like a sex toy.so she masturbates for a few pages, doing all the things she likes, but not quite finishing up.

She lifted her head up, looking at the incredibly phallic statue sitting on the pedestal in front of her. A smile crossed her lips while she thought of having that thing so deep inside of her. She didn’t care about defiling the tomb or the relic. They were priceless no matter what she did to it. Lily wanted to feel that thing inside of her.

ladies, please do not shove ancient artifacts inside your lady parts. i shouldn’t have to say this to a world-famous archaeologist. just have a little more respect for antiques and for the years of germs and bat poop and mayan cooties you could be introducing to your tender bits.

but she does, because she is very careless.

and of course, the phallic-looking thing is actually a lever and it sends her sprawling down into a pool of slime.

She screamed as she fell, realizing that she was more than likely doomed. Her life flashed before her eyes in an instant. Most of which involved her playing with herself in various locations.

but she isn’t doomed, she is just in some slime.

and it climbs up her and goes in and out and in and out of all of her various openings.

no funny remarks, no threats, no backstory.

and then it gets weird, but that part of the story is up to you to find out.

but if you read these for the giggles, i don’t think this one will delight you.