The Maiden and the Bear Gods by Alice Xavier

i think this is technically my first shapeshifter book. there was a dragon that made himself more… accommodating to the young woman he was wooing one time, but these are straight-up shapeshifter bear gods. i read this one because it was one of the titles featured in that article about amazon getting all cold-footed about monsterporn even though it makes them a lot of money. and although i really only read these for chuckles and fun reviews, i still think these kinds of books are valid and important to their fans and should be available to anyone 18 and older. and so i support them. and then i gently mock them.

so this one takes place in a land whose theology was bear-based, but then got taken over by a band of priests with a more humanoid god. and laena is not having any of it. when her moms is all “you have to marry this boy and accept new god,” she runs to the safety of the woods to have a good cry and roll around in nature. and, boy, will she ever roll!

after some time has passed, she finds herself in a part of the woods she doesn’t even recognize, where she is approached by a giant bear.

Wherever it set its massive claws, the ground shuddered, the moss turned bright green, and tiny flowers and ferns burst up from the ground.

this kind of magical claw-power might become tricky later, if things go they way they usually go in monsterotica.

and then the bear is joined by TWO MORE BEARS! now it is a party. there are three different colors of bear: golden, red and black 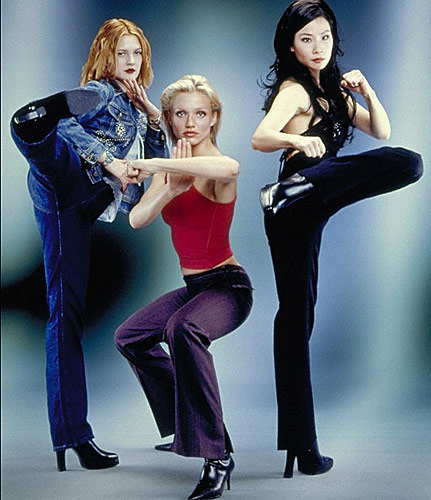 but more super-masculine, of course.

Because you believe and because you are the last in our realm with the power to drive out these thieving priests and their false god. The priests have now come to every village where they poison the thoughts of our people, driving them away from their bond with the land. Once humans forget their place in the delicate balance of things, they will destroy everything with greed and arrogance…Those that have turned away from us can no longer see or hear us, so we must send a messenger. That messenger must have human blood…You will bear the messenger, Laena. A human child with the voice and the eyes of gods.

oh, so it’s a something of a long-term plan. and one that includes a little bear nookie. you would think that they would want to make changes now, and not after whatever the gestation period for a bear-god/human hybrid is plus however long it takes a bear-god/human hybrid to become viable as messenger, but who am i do question a bear-god, much less three bear-gods?

laena is very devout, so she agrees, and now it’s a real party. the three bears lose their bear bodies, retaining only their bear heads and paws.

The black-skinned clasped his mighty clawed hands around my waist. I could feel a divine heat radiating from him. Something about the way he touched me inflamed me, body and soul.

which is comparable to making flowers shoot up out of the ground, so no continuity issues here!

fortunately, bear gods are not like real bears, evidently, because these smell, even in their breeding-parts, like “salt” and “woods in the rain,” “earth,” “honey,” “musk,” and “the scent of the ancient woods.” and not the way bears really smell: poo and wet dog. with notes of dead animal 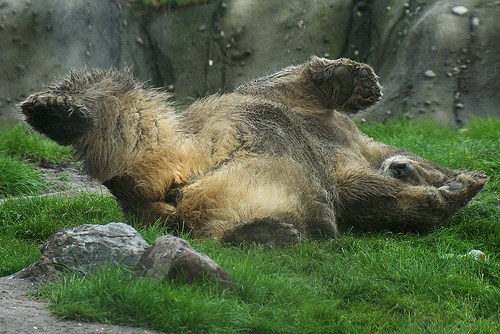 although laena is a total virgin, she is completely unafraid of what is happening to her. or maybe because she is a virgin.

There was nothing to fear in the presence of the gods.

this chick should really brush up on her classical mythology.

she engages in breeding practices with all three bears, reacting in a really casual manner, if you ask me.

Here I was, riding a god.

and then things get taken up a notch. well, she is taking it up two notches, anyway.

Then falling into the same sensual rhythm as the black bear-god, the golden one plunged into my second hole. I gasped in surprise at the sharp, strange sensation. I felt full in a desperate sort of way, like my body would be unable to handle it all.

it really shouldn’t be able to handle it all, peaches.

but so then there are a lot of different contortions, and twister-like scenarios, and claws become hands for comfort, but then the last session is just full-on bear sex, and eventually, they leave her, completely satisfied and full of bear-juice.

My gown was nearby. I picked it up, and to my surprise, it was nothing like the the one that the gods had torn off of me. It shimmered in the misty light, and weaved into it were the same mysterious colored patterns the gods wore on their furry coats. I donned it. It was sheer but stunningly beautiful and otherworldly.

I would return to the village with my head held high. The first gods were real, and they had answered me.

no walk of shame for this girl! and i guess, when she goes back and tells her mom that she fornicated with three bear gods and “just you wait, mom!” there will be no repercussions or further talks about marriage and in however long it will take for this messenger to be born and live up to its purpose, they will all be sorry!!!

or she will just be known as the crazy girl who fucked a bunch of bears.

either way – a good time had by all.