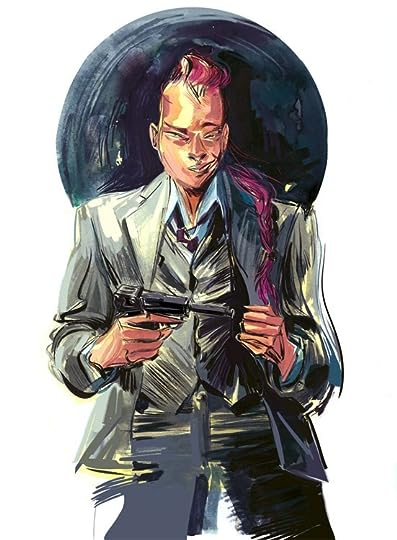 Let us say that the entity believing himself to be Matthew Corley feels that he regained consciousness while reading an article in the newspaper about the computer replication of personalities of the dead. He believes that it is 1994, the year of his death, that he regained consciousness after a brief nap, and that the article he was reading is nonsense. All of these beliefs are wrong.

the tor site hasn’t updated in a while, there weren’t any new shorts for my weekly tor-short read, and i had to go baaaack in tiiiime to find one i hadn’t read. which should have been easy, since there are so many, but the first few i clicked as possible goodies i’d already read (one as recently as JUNE), but for some reason didn’t recognize the image or synopsis (this BRAIN o’ mine), and then there were all the ones tied to a series (and some are pretty sneaky about it, FYI), or just seemed not-for-me, and i was beginning to despair when i came across this one – unread, by an author who’d impressed me in the past, and which i had basically promised Tadiana ✩Night Owl☽ i would read more than two years ago.

eventually, i do what i say i will.

and this is a good one. it’s short, but there’s a lot nestled in its folds, least of which is the double meaning of its title. there’s some interesting irony at play in the story, and some so-convoluted-it’ll-make-your-head-spin logic to unpack, as far as identity; what is “real,” what is construct, the dissemination of propaganda in a future that might have already been altered by the past and whether the old santayana/churchill/jonestown warning about failing to learn from history is going to muck up the good intentions of essie and matthew. or just essie, considering.

a nice bite-sized start to the day, and another short review for a short story tee emm.