fulfilling book riot’s 2018 read harder challenge task #7: A western. extry points given to me, by me, for choosing a book i’ve owned for more than a year.

this may not be a super-traditional western, but i figure the whole point of the read harder challenge is to get people to explore out of their readerly comfort zones, and since i already like westerns, i can do what i waaaaaaant here.

i felt a little cheaty reading this one for the book riot challenge, since it’s not a “traditional” western. turns out i needn’t have fretted – this is a weird western that’s really only just a little bit weird. or – it’s weird, but the aspect of it that makes it weird is so undefined it’s barely a ripple, and if we’re label-making, this is more hardboiled mystery than supernatural; thugs and guns and murder and a femme fatale turning man against man. which, true, are all also frequent flyer elements of westerns, but it’s got the interior monologue of a noir, with a protagonist a bit more sentimentally evolved than found in either your typical western or noir:

People are tied together in one way or another. Most men want to believe we are alone and dependent upon ourselves. But I had learned long ago life is like one big knot around your neck from the day you are born. Everyone in the world is tugging on their separate ends.

The trick is learning how to live without having the life choked from you.

it opens with a murder – a man is found stripped, nailed to a tree with railroad spikes through his wrists and ankles, his eyelids are cut away, and he’s been left to die out in the desert sun. this is not the only crime between the book’s pages, but it is the ickiest.

ordinarily, the notion of “crime” in a western would be cause for laffter because rules, schmools 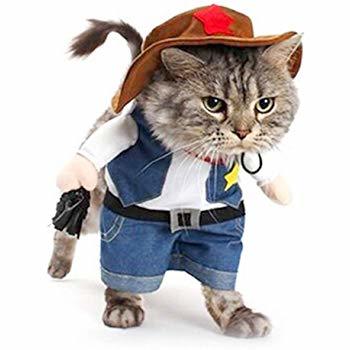 but john t. marwood has been called to the town of haxan to bring the law, if not always the order. and whoooo called him? hard to say. he’s not even sure himself

Thermopylae. Masada. Agincourt.
And now, Haxan, New Mexico.
We go where we’re sent.
We have names and we stand
against that which must be faced.
Through a sea of time and dust,
in places that might never be,
or can’t become until something is set right,
there are people destined to travel. Forever.
I am one.

marwood’s got a pretty squirrelly memory, leaving the reader informationally hamstrung, but there are hints – shimmers – of something … extra: people who are a little too adept with their weapons, visions and dreams, a half-defined calling and a something coiled within him which he is powerless to defy. in a certain angle and in certain light, none of this is necessarily supernatural any more than his inexplicable love-at-first-sight for the daughter of the (first) murdered man is necessarily romance.

but it’s czp, so you know they’re not gonna publish a straight-up western. even though we don’t know the specifics of what’s layered over the world as we understand it, we do see the eerie presence flickering throughout the text

The howls sounded like they were circling Haxan in an ever-moving ring, closing in. It gave you the crawlies.

Without thinking, I rested my hand on my gun.

It was then the howling stopped, and an uneasy silence filled the night air.

i’m hoping that the second book, Quaternity, which is a prequel to Haxan, goes a little further in explaining what all of this issssss, but as it stands, it’s a very entertaining mystery/western; somewhat episodic, sprinkled with mini-events, but also plenty of wide-arcs rainbowing over the whole story. the romance bits are shoehorned in there and feel unnecessary and implausible, but the rest of it is really good. and it is not cheating!