Captured by the Satyr by Maxine Albedo 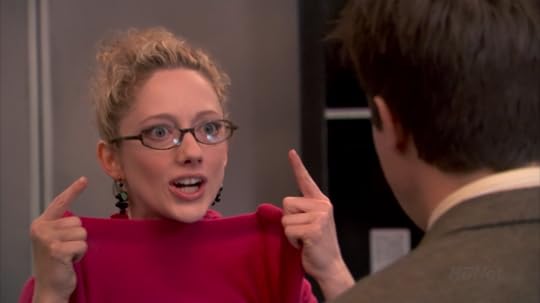 this is another one of those stories about what assholes americans are when they travel. so, we have kimberly, who is on this trip to greece with her college professor and a bunch of archaeology nerds. she only signed up because she thought a trip to greece would involve a lot of sunbathing and shopping and flirting with greek boys. instead, she finds herself trekking through the wilderness, with only two fuckable male-options in the whole crowd; two greek tour guide brothers. stage set.

one afternoon, separated from the pack, kimberly finds a clearing, and in that clearing, a cave. constans, one of the two fuckable brothers, comes up behind her and they decide that instead of reporting the cave to the professor and the rest of the class, they will enter and explore. this is usually one of the first things to go wrong in a horror movie: selfishly hoarding the discovery of the cave/portal/trapdoor/strange creature.

and this is why you always leave a note.

so then mistake number two: you find a cave that leads to an open-air chamber with a natural spring and majestic carved columns and mosaics and an altar, and the only thing you can think of to do to honor all this splendor is to take off all your clothes and have a skinny dip that leads to the grown-up game??

american tourists in ancient ruins.
will they ever learn??

so their union is wonderful and magical and she gets all affectionate… until she learns he has been banging his way through all the girls on the trip, and she is just the latest. but the best. so he says. and she is heartbroken, because she just wants everything for herself. her cave, her greek stud. she even manages to get constans to agree to keep the cave a secret as they leave, because she is so selfish, she doesn’t even want her professor to get credit for the archaeological find.

and she goes back to the others and gets a bit drunk and wakes up the next morning covered in sweat and dirt. and because, remember, she is a bit of an asshole, her first impulse is to photograph kristen, her only friend on the trip, while she is sleeping nude on her stomach, with her back covered in bugs. you know, instead of shooing away the bugs. but, her camera is out of batteries, so she never gets to leave this last evidence of what a dick she is.

because it is a big day for kimberly. today…she will be captured by a satyr!!!

so, after she finishes that task, she sees a bracelet in the bottom of the pool, and burbles down to grab it. when she pops back up, she realizes that it was not constans watching her the whole time, but a satyr! oh noes! 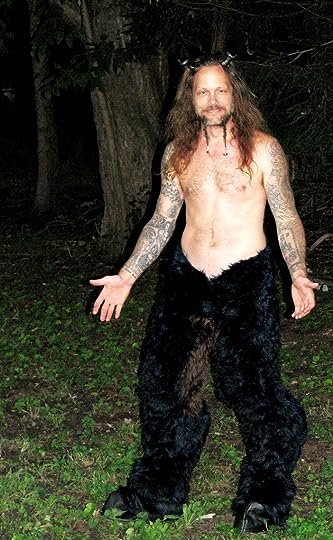 and he is mad pissed. he accused her of defiling the sacred grove: “You and your friend befouled the temple once, but your use of a sacred thrysus was reprehensible.” (what did i tell you, ladies??) and he is going to set things right…. through intercourse.

soooo then he paralyzes her limbs with satyr magic and gives her some oral attention and she does that thing that women seem to do in these stories: instead of saying “thank you for the wonderful, unprecedented orgasm(s) you have just given me” they get all pissed and unwilling to reciprocate. which, i understand; the paralytic is totally bad form, but you enjoyed the outcome, so pay it forward and all that. but the struggle seems obligatory.

and it would all have been good – slate wiped clean, all is forgiven.

but then she tries to steal the bracelet. and then to lie about stealing it. because he’s not gonna know. ladies – lie better, please. it’s just embarrassing.

so, because of this latest transgression, he makes her go through this farce of answering riddles, but you know: dice/loaded, fight/fixed and the poor little lying, looting, masturbating-with-sacred-objects lady is taken through a magical portal, presumably to become a sex toy for one million satyrs.

what i learned: vacations are bad.