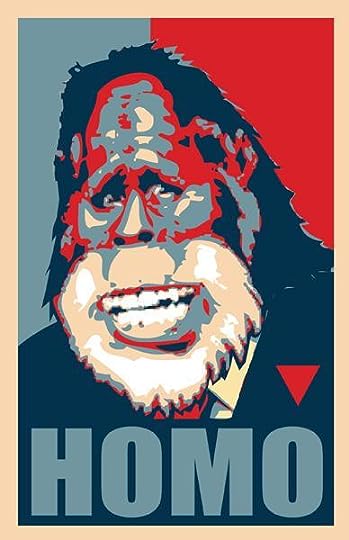 in this case, the genital-on-genital action/sweet lasting romance blossoms between a human named nick and a bigfoot named torbo gulgot.

nick and his buddies pete and jeff are on a “bro’s weekend” trip to napa valley for wine tastings and beautiful scenery. nick, the self-identifying “number one poon hound in our frat,” is unenthusiastic about this choice of venue, because there are like zero chicks there to bang. SIGH!

the other bros are getting a little tired of nick’s moaning and groaning (by which i mean his complaining. for now.)

“…it’s not always about chicks, man!” Pete tells me. “We’re always out looking for girls, for once can’t we just chill as bros and enjoy some wine.”

and pete is right. it’s not always about chicks. as nick will soon learn.

Right there in front of me is the most beautiful creature I have ever laid eyes on, towering over the others by a good two or three feet. It’s bigfoot, covered in fur and sipping leisurely from a glass of deep red wine.

The monster is more attractive than any human woman, or man for that matter, that I’ve ever soon, a perfect specimen of pure, animalistic hotness.

nick tries to cling to the vestiges of his familiar and comfortable self-image with his confused I’m completely straight as an arrow nonsense, but ain’t nobody straight in a tingler for long, and nick finds himself right up front, under the bigfoot’s gaze.

torbo gulgot is equally impressed with nick, offering him a wine with a “woody finish” and “aged fifteen years.” now, because even monsterporn has rulz, the only thing here aged fifteen years is this wine, but there will certainly be a woody finish for all the consenting adults in this story.

“Have you ever considered being the one who is tasted?”

…I’m hit with a strange wave of nostalgia, a faint memory of a life that once was. Even though it was just minutes before, my life of chasing women seems like it’s an entire decade behind me. Now that I’ve tasted the succulent flavor of gay bigfoot desire, the thought of anything else, especially human women, seems laughably insufficient.

and what does nick’s virgin ass taste like? leave the description to a sommelier:

“There is a definite high note of rose, with some smooth, buttery lows and a fine nutty finish. This is a delicious asshole.”

and then there is boning. there is also a moment of hesitation, but nick is nothing if not confident.

“Too much to take for a straight boy?” Torbo laughs.

nick and torbo unleash the usual tingle-catalog of descriptive phrases in their lovemaking banter; oral sex is “like a beastly jackhammer,” eyes are wet with “lustful gay tears,” much mention is made of “my bro ass” and “my tasty bro ass,” and the mid-coital (verbal) ejaculations are boilerplate tingle:

*“Do it!” I scream. “Shove that giant bigfoot dick into my tight little brohole!”
*“Tell me you like that big, fat bigfoot sommelier cock.”
*“Harder!” I scream at Torbo. “Turn me gay!”
*“Harder!” I demand again. “Fuck me like the dirty gaybro that I am!”

and the classic tingle phrase, a staple i believe is in every tingler ever:

as he uses me like a gay human play toy

however, there is also this line which, like nick’s tight butthole itself, might have been used for the very first time:

and if that ain’t romance, i don’t know what it is.
i really don’t.