but this one was just so giggle-making that i have to abuse it. in the name of all that is karen. and i have already returned the borrowed nook i slapped this on to my store, without copying down some of the longer giggly passages, but i think i have enough to share.

okay – so the basic premise is that this twenty-something law school student who got a 172 on her LSAT, which is good enough to get her into any one of these fine schools (and look! number 161!!!) falls for her 40-years-older law professor, they have the intercourse, they get married, but oh no! he cannot keep up with her youthful intercourse-drive! so he introduces her to some friends that run some sort of underground swingers ring; “the tramp stamp club” and then there is girl-on-girl action in a barn with a pregnant mare.

soooo… here is the professor. all quotes are [sic]:

The problem with his love life was that he worked all the time. If he wasn’t in his office at the school of law, then he was at his desk at home reading briefs and preparing lectures. The only women he saw on a daily basis were either students or rough and ready divorce lawyers. The latter was not his taste, and he had yet to meet one that he didn’t consider a dyke of some fashion.

what is “a dyke of some fashion”?? is it a fashionable lesbian in the couture dresses? a levee with flair?? is there a range of lesbianism that only activates upon a gentleman’s consideration of them? is his opinion the true cause of same-sex relationships? of course, someone is later referred to as “very bisexual,” which is like saying “very alive” and makes no sense at all.

and ohhh, the meeting of our lovers. she is ill, coughing her way through class, pissing him off and distracting him from his lecture…

Wandering up the aisle with his hands in his pockets he paused next to Karen. He smiled down at her while speaking, and laid the pocketful of halls on her laptop in front of her. Her hand reached out to pick them up, and Rial took his first glimpse of her ample cleavage as her white silk top buckled under her incline. He stood next to her continuing his lecture until he saw her pop one of the hall’s between her lips.

so. you do a nice deed and give a girl some cough drops, and then you take a titty-peek (noticed by her) as a reward?? not cool. and i have no idea what a shirt does when it “buckles” under someone’s “incline.” words have meanings. they can be easily accessed. also, halls cough drops were created by the halls brothers in the 1930’s and are not the cough drops belonging to hall. and as such, they should also be capitalized. (this is a self-directed ironic complaint)

and why would you stop the lecture once someone put a cough drop in their mouth? so many questions.

The halls were at work already, and her cough quieted. Why didn’t i think of that? Karen cursed herself for her ignorance.

is it ignorance?? can a smarty-pants girl really be ignorant of the existence of cough drops??

cuz she doesn’t seem as smart as she is described.

Karen resented his terminology; brilliant was a word that had been associated with her since she was an infant. Instead of being proud of her brains, she found them almost an embarrassment. He had no idea how many friends she had lost, and boys who refused to date her just because she was smart.

i think she also might not know what words mean.i think instead of “smart,” she meant to say “leprotic.” because otherwise, that sentence makes no sense.

but it’s awesome that her professor finds her so smart.

He genuinely needed a woman in his life, and one that could speak a clear, complete sentence was a surprise. He had once spent forty-five minutes explaining ice to his ex-wife.

hmm, not going to comment on why it was such a “surprise,” caveman, since you are supposedly a professor in contact with academic women all day long, but let’s just say that sometimes, ice is more complicated than you might think.

and i’m not too sure about the intelligence of this professor, with his seemingly limited range of expression.he refers to his meetings with his students as “ridiculously lame,” thinks to himself that he wouldn’t mind “spending the next three years looking at those tits!” and will later refer to her skin as “insanely soft.”

he can’t even talk good: “Oh yes, this girl was going to win every case she gets!”

and is unable to figure out cause and effect:

god help us if she ever decides to practice law

law school is not a hobby.

this passage is to highlight his continued gay-fear, and also to show how tricky sexuality can be:

Rial lowered his voice and leaned across the table, “I have nothing against threesomes, its fucking men that i find distasteful.”

She leaned back in her chair, so he definitely wasn’t gay. “You’ve fucked a man before, then?”

Straightening, as if to defend his manhood, “I have not!”

who knew that leaning back in a chair could cause someone else to not be gay!? and then he “straightens!” she has made him heterosexual, hooray – now they can bone!

Rial audibly gasped as her luscious breasts came into view beneath the light pink bra. An overwhelming sense of desire to put his face right between them and just suck in the air there came over him. His khaki shorts struggled to hold him inside. Her long brown hair tumbled over them allowing them their own halo. No longer able to hold off, he reached for her hair; he just wanted to feel it in his fingers.

guys, is this something y’all fantasize about?? sucking in the air between our breasts? because that doesn’t sound pleasurable to either party.it just sounds like breathing near some tits. but whatever makes your shorts struggle, i guess. and what is the “them” in this sentence? his shorts? why do shorts need a halo?

and good lord, haven’t we learned to be wary of men who want to pet our hair?? 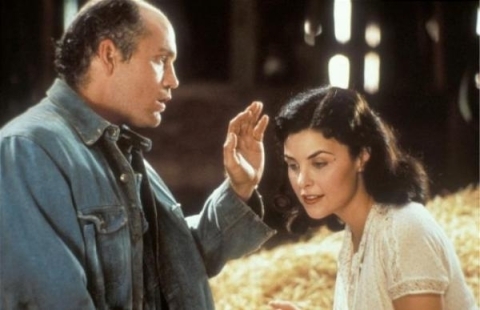 umm, so her waist is where the top of her panties are?? thank you for explaining anatomy to me.

nope. no way at all.

her clit sought his tongue; there was no ignoring the tiny creature. it was like a desperately hungry animal that he needed to feed. his mouth force fed it his tongue in racing circles and pulling suctions.

how is her clit alive?? how does it seek out anything? and what kind of crazytown description is that anyway?

a desperately hungry animal that he needed to feed??? that is so far away from sexxy.

She clung to him as she met his orgasm with equality and strength. Karen felt like she was riding a cloud, floating with butterflies as her orgasm slowed to a roar.

equality and strength, huh?? this is what she must think during intercourse: 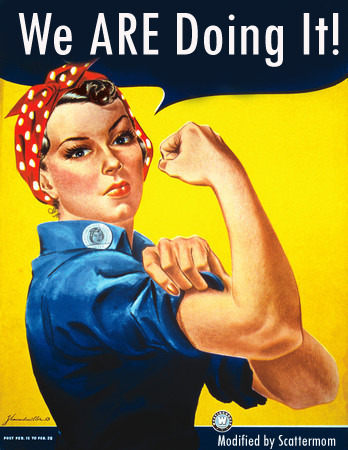 you know. after the roar of her orgasm.

and after they lay stuck together for what seemed like hours on the coffee table, which doesn’t sound disgusting at all.

oh, and i don’t know what this sentence means:

Karen felt her toes tingle in their dangling rainbows.

but paradise is troubled!! as you may remember from the beginning of our journey! she wants more intercourse than he can provide!! but she would never offend him by sleeping with another man!

“So, what do you want? Another woman?” Rial asked.

“Well, I dunno. maybe. I mean, I never really thought about it, until last night.”

“So, you were fantasizing about being with another woman last night?”

Damn that man, she thought. How does he know what I’m thinking about?

he is a mind reader! one who hears the words she is saying and repeats them back to her!!

so blah blah – plans are made

“My dear, I am sure you can do anything you set your mind to…”

ahhh, the paternal inspirational speech. nothing gets a girl hotter…

so, she meets up with the tramp stampers.

“Ah yes, Rial told us a little about your situation.”

“Nothing much. Just that he wants to make sure you are satisfied, and that he is a little frustrated with his lack of energy,” Ellen said.

“Oh my God!I can’t believe he would tell you that,” Karen said.

ummm, you are there to fuck these people. and you didn’t expect that he would have made a phone call beforehand to let them know you were coming? for the intercourse? those LSATs must be easier than i thought.

“She had nothing to lose but an orgasm”

It was totally unreasonable how wonderful it felt to have firm, soft skin against her body 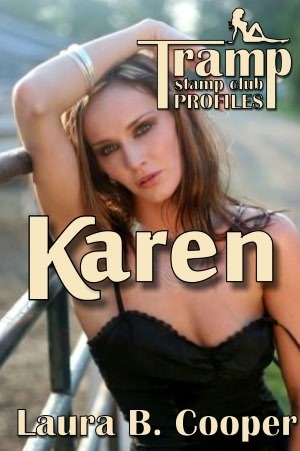