The Mysterious Study of Doctor Sex by Tamsyn Muir
My rating: 4/5 cats

The Warden had stopped at the threshold. He had a look on his face I knew well. He said, “Archivist, did the Doctor keep observational bones?”

“What? No; he did softs. Not much of a bone adept, apparently. Ty, any bones on the manifest?”

“Inlay on some of the books and bookcases,” said a team member.

“Then I submit for record: two hand skeletons on the desk,” said the Warden politely.

i signed up to get this freebie story thru the publisher and never heard back, which seems to be a pretty common sob story about this story, but NO MORE DESPAIR, GUYS—it magically appeared as a free tor short yesterday, so if you were one of the overlooked, now’s your chance!

i read and loved Gideon the Ninth, so you would think i’d be in a decent-enough position to read this prequel story meant to drum up excitement for the release of Harrow the Ninth. but BOY did i feel like a dummy for the first big chonk of it. i mean, if ever there were a time to use a jack skellington “what’s this?” GIF, that time is NOW:

it’s a lot of slang, jargon, half-remembered house-details and character-specifics, but it clears itself up reasonably quickly, jingling enough memory-bells before becoming its own thing—a fun locked-room mystery with BONES. reading it through a second time helps, too. this old brain ain’t what she used to be. fortunately, camilla and palamedes have beautiful brains, and this is a really great mini-mystery tale—a three that grows into a four by the end. and that is all i will say about it, except, heh: sex. 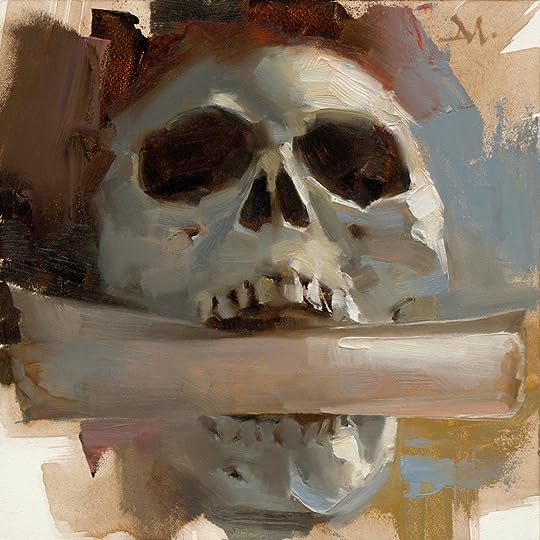 read it for yourself here (if you’ve already read Gideon the Ninth, else i don’t know what you’ll make of it):