back in the eighties, while i was apparently distracted by glittery lisa frank unicorn stickers or something, christian publishing house thomas nelson put out a series of 12 books called “Mr. T and Me.”

these books featured the gruff-voiced, mohawked mr. t in his capacity as a youth advisor, counseling kids on a variety of subjects, because this is not at all terrifying

they were all written by Charlotte Towner Graeber and illustrated by Joe Boddy. 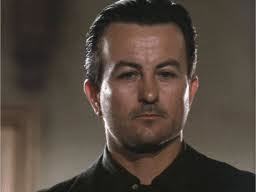 and they all featured this on the back cover: 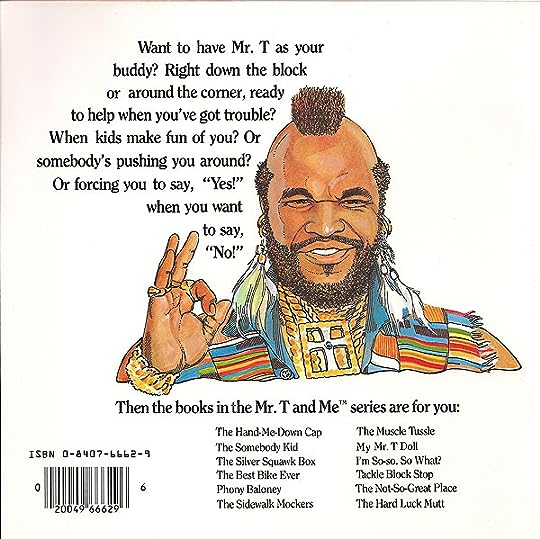 titles include (and yes – i just added most of these covers and some of these descriptions to goodreads, because it looks like i wasn’t the only one distracted by lisa frank):

The Best Bike Ever 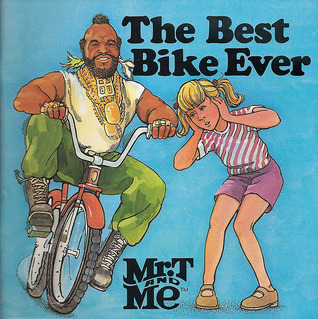 Mr. T teaches a girl a lesson about not letting possessions become too important to us.

and, wow – does he go straight for the deity-angle: 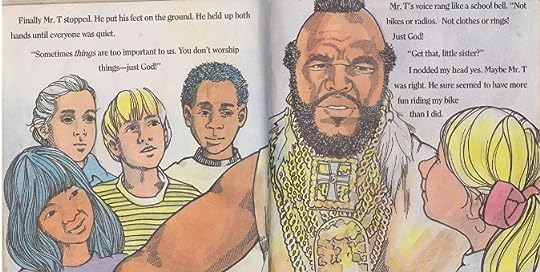 before peeing on her bike. WWMTD? 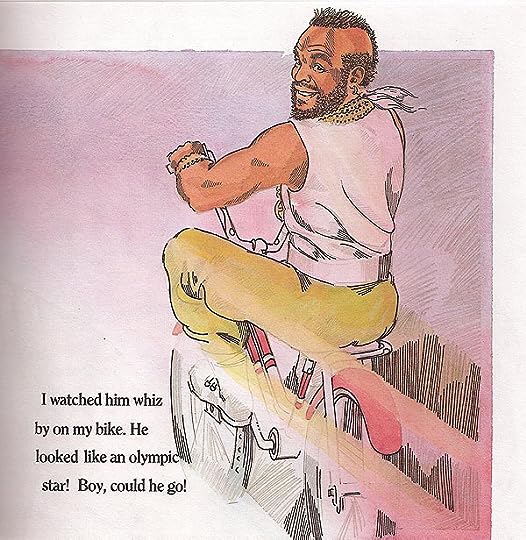 someone on the internet has supplied an alternate title: 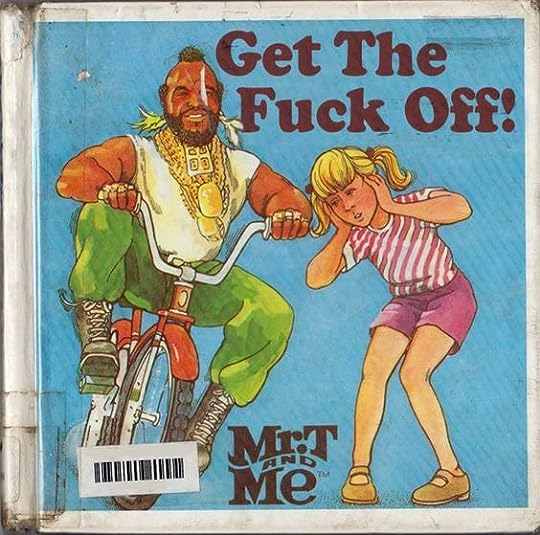 which is a fair reaction to a man whizzing on a little girl’s bike.

other titles in the series: 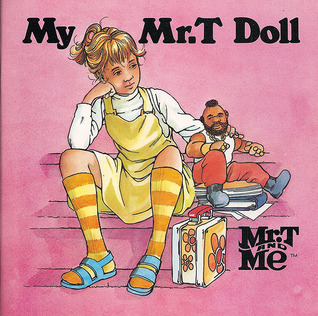 A lonely girl who misses her absent father feels better after Mr. T. reminds her that God cares for her.

it is unclear whether this lonely girl was comforted by the real mr. t, or if she is so lonely that she’s being comforted by that doll, but either way, one of them should tell her to close up shop and sit like a lady. jeez. not gonna be lonely for long, with that kind of behavior…

also, no one is comforted by platitudes, mr. t. weak sauce. 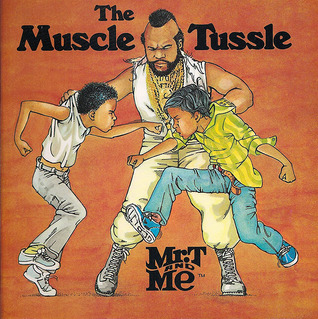 Mr. T breaks up a fight between two boys and demonstrates that brain power is more important than muscle power.

that’s easy for mr. t to say, because at least he has the option to use both. these kids aren’t intimidating anyone in that dangerous lunch line. 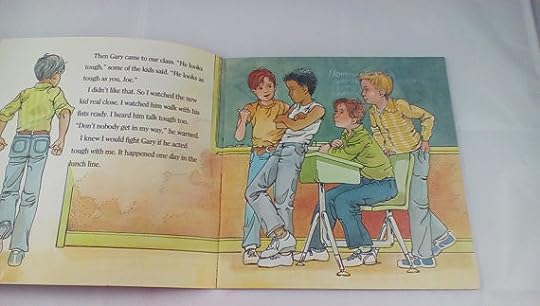 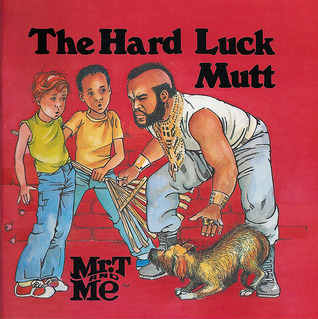 When two boys torment a stray dog, Mr. T. intervenes and teaches them a lesson about mistreating animals.

which seems a bit hypocritical, hmmm?

but in any case, i hope he uses his muscle power on those boys. and then ties them in a burlap sack and tosses them in the river. i pity those fools. 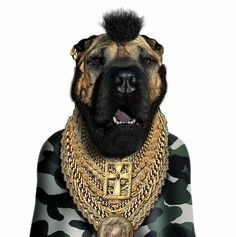 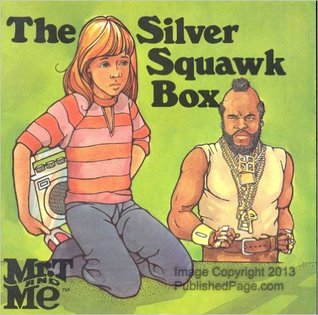 Mr. T comes along just in time to help a girl involved in a radio theft to see the error of her ways.

INVOLVED IN A RADIO THEFT!!! if there was any doubt that this came from a christian publisher, that very awkward and square phrasing will convince you! 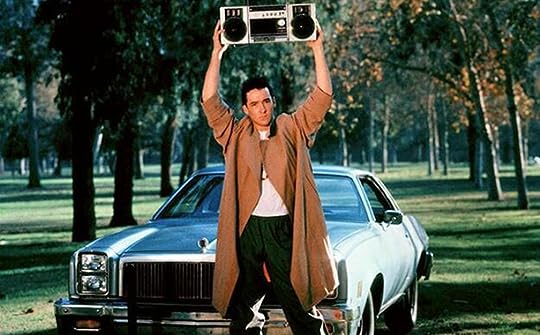 i hope you have a receipt for that, lloyd dobler! or that you got better at kickboxing. 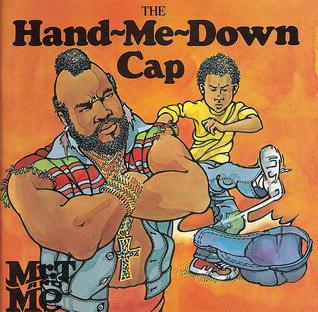 this is how he cheers him up:

mr. t is the eighth person to wear these boots in a family of people who evidently have identically-sized feet. either mr. t is a big fat liar or they do not, indeed, make ’em like they used to…

RIGOROUS RESEARCH: according to wikipedia, mr. t – or lawrence tureaud, does in fact have seven brothers and four sisters, so it is possible that he’s not a big fat liar. it neglects to mention if they all have the same feet. 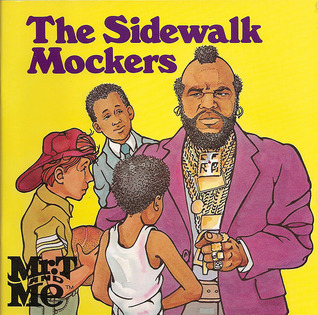 Four boys learn about the importance of attending a worship service regularly from Mr. T.

being yelled at to go to church by a giant in his sunday-best pimp suit must be horrifying. who needs fire and brimstone when you have mr. t?

interestingly enough, i own that jacket. two of them, in fact 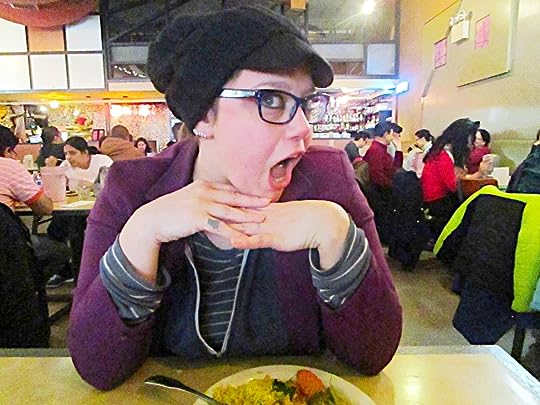 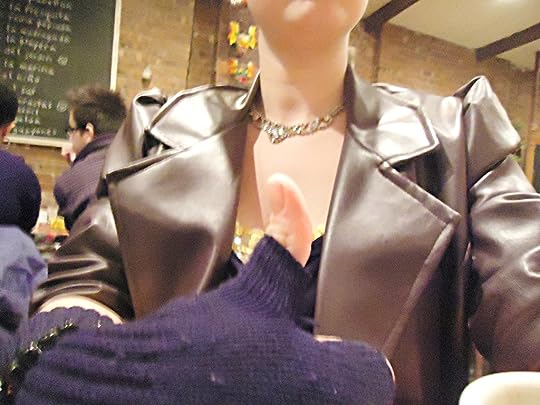 which photos sadly, do not show the true majesty of their purpleness. 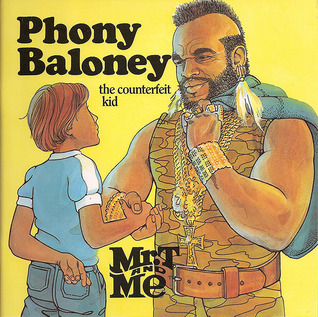 A boy who lies about many things is asked to prove he knows Mr. T personally.

best of all possible titles, and proof that mr. t can be summoned by lying. it seems to all work out in the liar’s favor, so maybe try this one out at home… 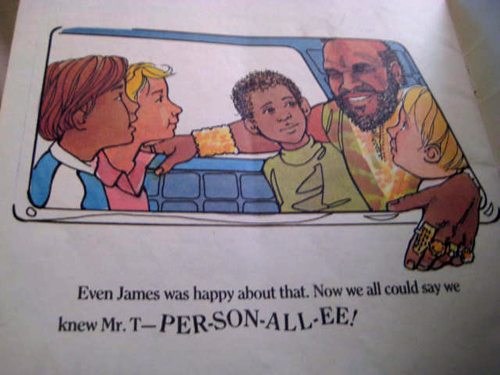 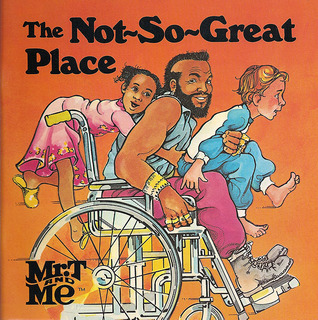 During a hospital visit, Mr. T comforts a group of leukemia patients. 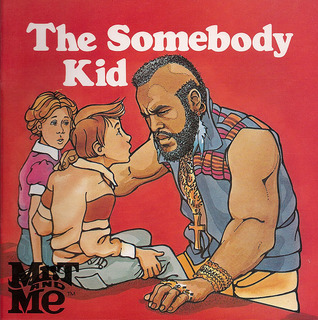 Mr. T helps a boy who feels he is nobody understand that he really is somebody.

you know who also exists? santa. 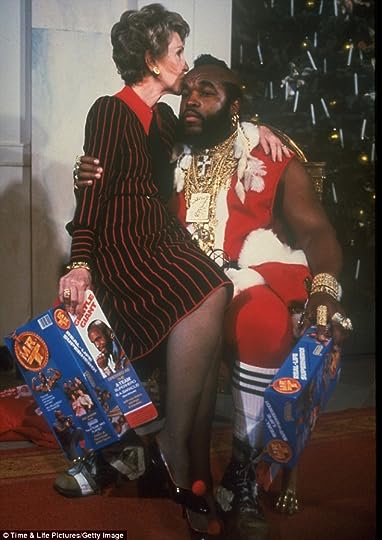 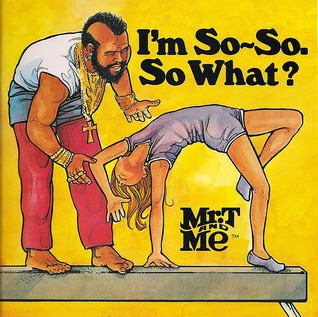 A talk with Mr. T makes Marcy realize the importance of always trying to do her best.

that kid is really shitty at balance beam. but mr. t? solid as a rock. best at gymnastics.

but this one, the one i am ostensibly reviewing here, might just be the best of them all. 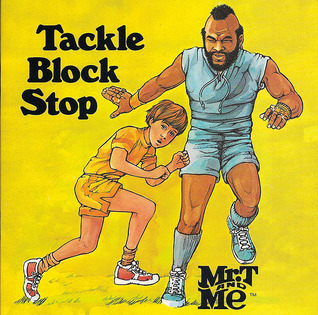 Mr. T counsels a boy after he’s molested by his cousin during a football game.

first of all, how intriguing is that synopsis? during a football game? how is that even possible? thankfully, internet came through: 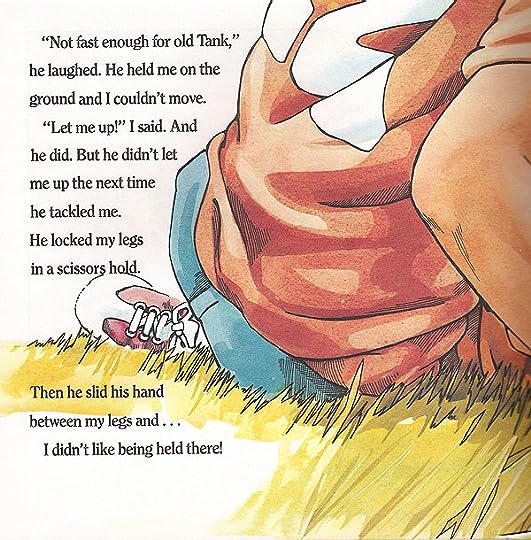 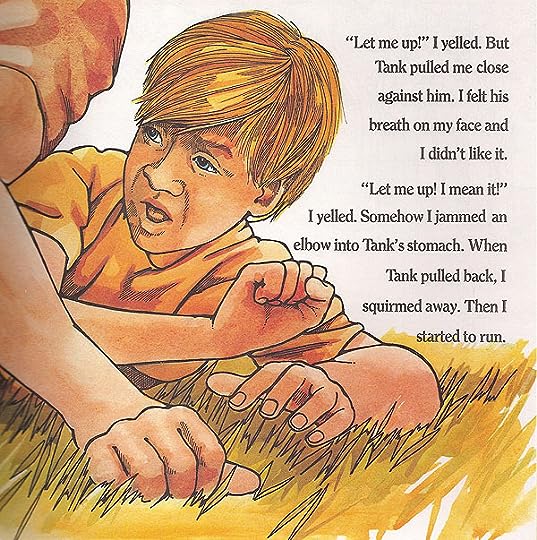 i wasn’t able to find much more about this one on the internet, apart from this image, which is another instance of an illustration perhaps more suggestive than a book about sexual abuse of a little boy should be, especially coming from a christian publisher. 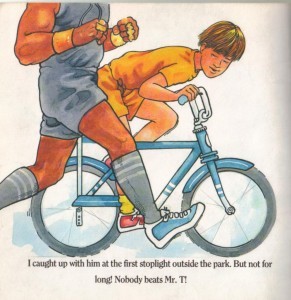 i’m just unsure about this book. in most of the other books in the series, mr. t doesn’t seem wildly inappropriate. in a scolding capacity, mr. t is definitely the guy you want as he sternly pities fools for stealing boom boxes or punching puppies and those fools are suitably ashamed. but with something as sensitive in nature as sexual abuse? i don’t see him being as comforting a presence as mariska hargitay. 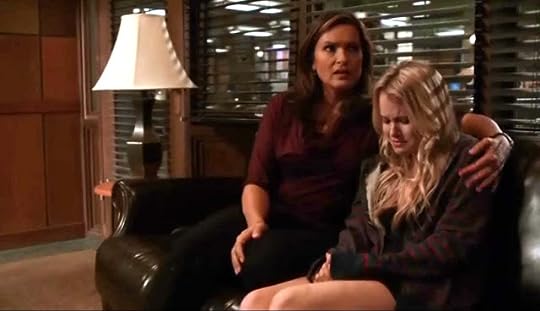 there, there. can you save this sobbing for halftime, sweetie?

“Mr. T scowled down at me. ‘It don’t matter who he is,’ he said. ‘When it feels wrong, it ain’t right! Don’t let nobody mess with your body.”

all of my reservations are evaporated! although “tackle block stop” is a poor substitute for “no go tell.”

i need to read all of these books. like, yesterday. i’m not sure how i managed to go this long without stealing a boom box or punching fools in all the lunch lines i find myself in. but i am starting to feel the urge to commit assorted wrongdoings! save me with your tough love, mr. t!

incidentally, this author also has a book called FUDGE RACK, which i so wanted to be another in this series. mr. t – give these fools a taste of your mighty fudge rack!

and NO ONE has reviewed it! and goodreads wants it bad, in all-caps:

Ask the Goodreads community a question about FUDGE RACK

Be the first to ask a question about FUDGE RACK

you know you want to…