Somehow the smallest things can break us, and the hairline fracture deep within the young scientist spread over the next several months.

okay, i am in the minority here, so make of this what you will, but i really enjoyed this book. and if blurbs can be trusted, so did tom franklin, and if i’m going to be in any minority, i feel perfectly comfortable with that if he’s standing beside me.

this book grabbed me from the first page, and i was hooked like a fishie.

jay mize is an environmental scientist studying soil for the farm service agency when he becomes obsessed with compost and the deterioration in soil quality by modern farming practices. no one seems interested in his alarmist warnings and rants, and he is subjected to whispers and pranks and the bewildered patience of his wife as his bizarre experiments take over their property.

He felt rather like a young suburban Moses, entrusted with critical information from on high that the general rabble was too distracted to glean. The agency confirmed this by requesting his resignation.

with the loss of his job, he is free to indulge his increasingly unstable prepper/prophet mentality, and moves his wife sandy and son jacob to a piece of property off the beaten path where they will be able to live off the grid in bucolic self-reliance.

What the naysayers didn’t understand was that it wasn’t some quaint old notion or a naive fondness for yesteryear, not even an entrepreneurial move toward trendy organic farming that made him come out here, all the way to nowhere, to invest the family savings in this house and the soggy fields and all the tools and equipment required to make a proper start. He’d read the books on climate change, energy crises, and colony collapse. He’d read The Road. He’d studied the ancient prophecies, the newer ones too, noting all the harbingers of environmental and economic ruin. A comeuppance was due, and he didn’t want to be stuck in town among the bleating mobs when it all went down. He aimed to be prepared, to protect his family from it when it came, whatever it was and however awful, this thing he’d begun to believe like a religion.

they pick up stakes and move to this new eden, with all of jay’s knowledge and training and ambitious ideas.

A year later they were ruined.

which is a grim way to open a book, but it’s going to get much worse.

the property has been completely flooded – to the extent that it can be traveled over by boat. the tender crops and greenhouse are ruined, his equipment submerged, his wife and child gone to live in less insalubrious surroundings. jay is completely bankrupt, barely surviving in his wreck of a house without heat or electricity, “near starvation,” given over to the scrawny, longhaired, wiry-bearded state of a paranoid man living in isolation, utterly destroyed.

and then he finds a body on his land.

and then things get really bad.

Every time he guessed he’d hit rock bottom, it was just slow sinking mud underfoot, and there was no telling how low he might get, how long it might take to disappear completely.

jay’s loner paranoia and general suspicion of others has made him an outsider, and a target for the suspicion of others, and while he doesn’t think that he is responsible for the corpse, he knows that he won’t be believed if the police get involved. his appearance, his soapboxing, and his family name with its attached historical scandal make him hesitate to call the authorities, and he twists his idealistic embrace of self-reliance to include “what to do when you find a dead body on your property.”

considering how well self-reliance has served him thus far, you can guess how well this goes for him.

i found this to be a completely engrossing and entertaining book.

i loved the story, and the way events escalate based on misperceptions and unfortunate coincidences. we get shifting third person limited POVs from a number of characters, so the distance between one character’s intentions and another’s interpretation of their actions is crystal clear and occasionally shocking, but always completely true to that character’s own perspective. and i thought that was perfectly, intricately managed.

and speaking of perspective – DAMN – the reader is jostled about like crazy. the very first chapter is kind of a flash-forward where you’re not really sure what you’re looking at. and once you return to that scene later, it’s both a great POV shift, and a bit of a sympathy shift as well. and the book uses this structure-shift a few times – a scene will occur only to recur later from an alternate viewpoint, with new information to adjust your understanding of what is happening vs. what the characters involved think is happening. and i thought he handled that so well.

this perspective thing is handled in a more humorous way with the character of deputy danny shoals. we follow along with his POV stuff, unquestioningly accepting what we learn about him through his own veil, but the first time he is seen through the eyes of someone else, it is … different. and it’s a great bit of forced reader-adjustment. it made me think of my very favorite scene in And the Ass Saw the Angel, when there is a sudden shift from first to third-person and you are looking down on a character whose head you have been living in for the duration of the book, and it’s a very revelatory moment of yikes. but it’s not at all funny in nick cave’s version.

as far as the negative reviews go – yeah, i understand the criticisms. the characters don’t have a ton of depth and there’s some iffiness when it comes to motivation. but i honestly thought that sandy had some extremely strong scenes, and i remember being pretty impressed with how a male author was able to get into the head of a woman just starting to lose her beauty and all the attendant self-consciousness that goes with it.

and jay’s decline into paranoia seems sudden at first, but i think kornegay did a pretty good job of dropping in backstory throughout the text that made it clear that his transformation was a gradual process. and reading those first couple of chapters again after finishing the book is kind of chilling.

and yesssss the ending was a little … unexpected, and was kind of a convenient synthesis of nearly fantastical components, but we’re in southern gothic/grit lit territory. it’s a genre with some wriggle room when it comes to vérité.

and yesssss there was some unfinished business, but none of that bothered me in the slightest. i genuinely enjoyed the story and the writing, and i thought it was a very strong debut.

me and tom franklin against the world. 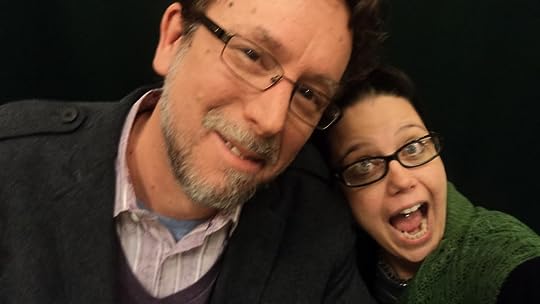