So Shelly by Ty Roth
My rating: 2/5 cats 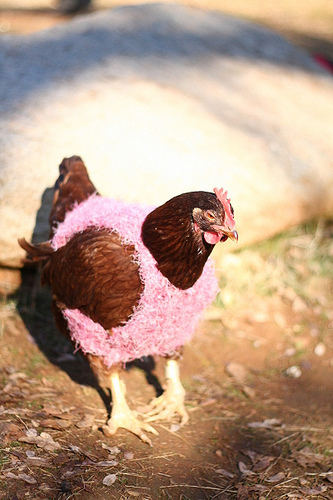 just because you can knit a sweater for a chicken, doesn’t mean you should.

just because you can write a YA novel about keats, byron, and some mash-up of percy and mary shelley set in modern times doesn’t mean you should.

Just as it would be a mistake to study Shakespeare’s history plays for an understanding of the succession of English monarchs from the thirteenth through much of the sixteenth century, one should not read So Shelly for its dogged adherence to historical accuracy. Like Shakespeare, I would never let historical facts get in the way of telling a good story.

and i don’t want to be the obvious asshole here and point out that “you ain’t shakespeare, buddy,” because i think this was a well-intentioned project: the author is a professor of english lit, and there were actual books consulted in the writing of this one – research was done, hallelujah!

my concern is that no one took a moment to consider who, exactly, the audience for a project like this would be.

because even though this book is called so shelly and is “written” by keats, it is, naturally, all about byron.

and i don’t know who sits around thinking, “byron, now there was a life worthy of presenting to a YA audience. what an inspiration!”

it goes into way more lurid detail than the typical YA fare, even the edgier ones, but it is tame compared to a lot of adult fiction.

so who is this for?

die-hard fans of second-generation romantic poets?
hmmm, well, as a byron-girl, i can tell you that while some of the little winks are greatly appreciated, a lot of the time i could feel the story straining to make connections to the life of byron, like those button gaps on a too-small sweater. the plot seemed to be there solely to tie one reference to another, to retell byron‘s life and accomplishments in modern times.

at times, the liberties were astonishing: byron’s most stable relationship; teresa guicciolo reduced to a fling with an athletics secretary? caro lamb a strip-club waitress turned denny’s waitress who barely makes a peep, much less the roars she really should have made? byron’s writing career reduced to some vampire novels?

and i still don’t understand the smooshing of the shelleys into one, female, person, who is an intensely irritating character. well, at least he got that right. hahahhaa. sorry, shelley fans. i do not care for the (male) shelley.

and i know next to nothing about keats, except that he never ever met byron, much less was pals with him. keats isn’t given much to do here – he gets to be obsessed with mortality and his inevitably short lifespan, and he has a real “make the most of every passing day” kind of thing that leads him to write… this novel. hhmph. i would think that someone so obsessed about leaving a lasting mark could have done better than to write what is essentially a gossip rag about some high school cassanova.

Who alive can say,
‘Thou art no Poet may’st not tell thy dreams?’
Since every man whose soul is not a clod
Hath visions, and would speak, if he had loved
And been well nurtured in his mother tongue.
Whether the dream now purpos’d to rehearse
Be poet’s or fanatic’s will be known
When this warm scribe my hand is in the grave.

“If I’m a woman, Stacy, how do you explain this?” Gordon pulled his junk through his open zipper and waved it at her.

a near-perfect imitation, that.

but i’m being a bitch again. and i don’t mean to be, it’s not like i haven’t read a zillion bizarre interpretations of the life of byron.

i just genuinely do not understand the impulse that would lead someone to write this. is it supposed to give an appreciation of the work of these poets, to show their relevance today? if so – giant failure. the mere fact that our narrator introduces himself to the reader: “i’m keats (rhymes with sheets)” makes me believe this is meant to be directed towards an audience never exposed to these “characters” before. and too young to ever have heard a smiths song. this does not inspire awe – it would not make me want to go out and read any actual works by these people. especially shelley. so annoying of a character, jeez. and i loved shelley when i was twelve. i really got into that whole “poets are the unacknowledged legislators of the world” business. then i grew up a little.

but for readers who know nothing about these people, the story must be so boring without all the sly jokes and clever twistings. without the gimmick, i don’t know what this story has left. unpleasant characters who only care about themselves. narrated by a guy who can’t stop spouting death-statistics. not fun.

this is just creative wanking; weirdly misplaced fanfic. and that’s fine – i am just amazed that it got to the publication stage.

i will keep reading these byron books, even though they are so frequently underwhelming, and someday i am bound to find a perfectly told, thoughtful story.