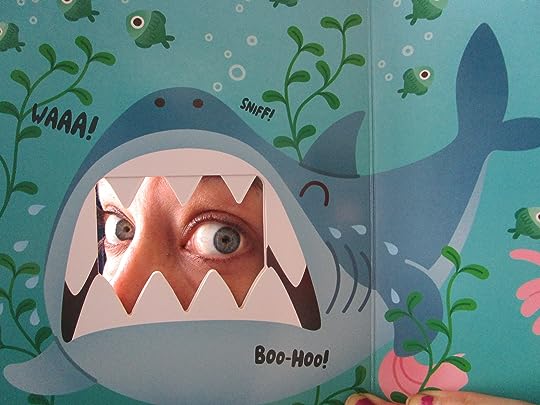 the purpose of shark week—or the purpose of shark week before discovery’s recent trend of airing programs where ‘celebrities encounter sharks’ instead of ‘scientists talk about sharks’—was to teach people that sharks weren’t these villainous deepwater monsters hunting and eating all the humans, and that we should respect, rather than fear them;* a little shark and awe, if you will.

this board book has the same purpose, but since it’s geared for the under-three crowd, it’s even more oversimplified than “anthony anderson is now ok with sharks existing.”

obviously it’s not *really* about sharks; it’s about EVERYONE GETTING ALONG and DON’T BE AFRAID OF PHYSICAL DIFFERENCES and DEAR GOD HOW DID THIS BOOK GET SO STICKY?

but like the ocean itself, there’s subtext and then, miles down, there’s even weirder-looking subtext.

will i spoil this 4-page book? i WILL. three-year-olds shouldn’t be on goodreads reading book reviews anyway. ya NERDZ!

this book is about mark the shark. his life is very lonely, for all the other creatures are afraid of him because he has sharp, scary teeth. like so: 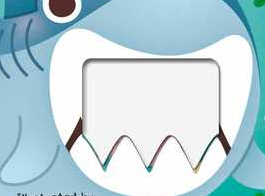 one day, proving the theory that “everything is a jerk” and fear is just violence waiting to happen, a crab pinches mark’s tail: 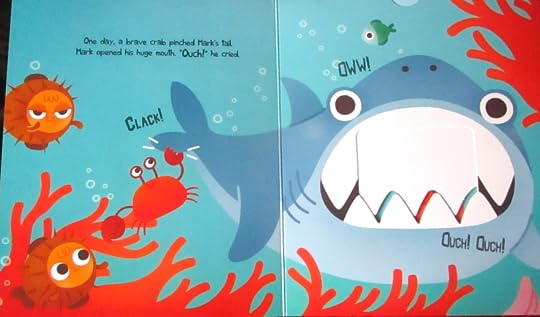 setting off a disproportionately aggressive reaction:

“I’m going to bite all of you!…Come out, come out, wherever you are!…If you won’t be my friends, then you’ll be my dinner!”

into this somewhat awkwardly worded diatribe floats an octopus who is maybe on ecstasy, and she tries to soothe mark’s tantrum by stroking him with her many tentacles but OH NO MARK IS TICKLISH and he laughs and laughs. 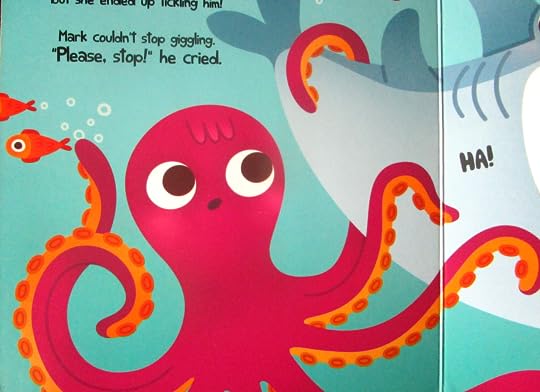 which puts everyone at ease suspiciously quickly—maybe screen the whole ocean for e—but in any case: happy ending yay.

The other fish heard Mark laughing. What’s going on? they wondered. They came out of their hiding places and saw that Mark wasn’t so scary after all.

Now Mark the shark has many, many friends. 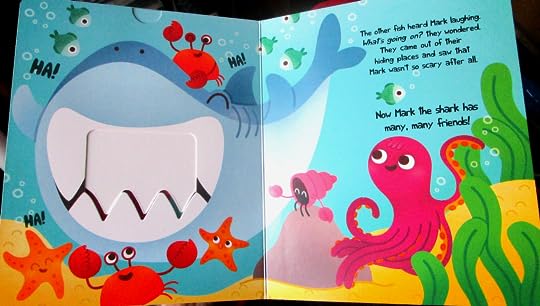 and now everyone is happy.

but maybe we should re-evaluate, look closer, ‘cuz some sharks are terrible. 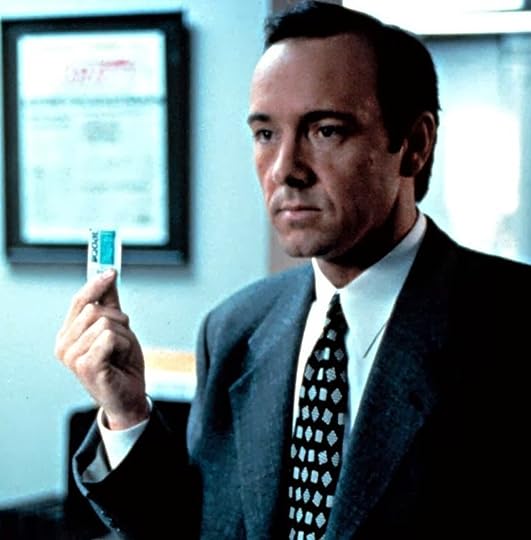 because let’s face it, it is statistically very likely that mark is going to eat a bunch of these new “friends”—apex predators gonna apex predate. and, given the design of this book, it becomes chillingly clear that he has been winnowing them down this whole time. fish-memory and board-book-underestimation being what they are, it’s assumed none of y’all will notice.

this is a pull-the-tab kinda book, where each page works the drawbridge of mark’s mouth like so: 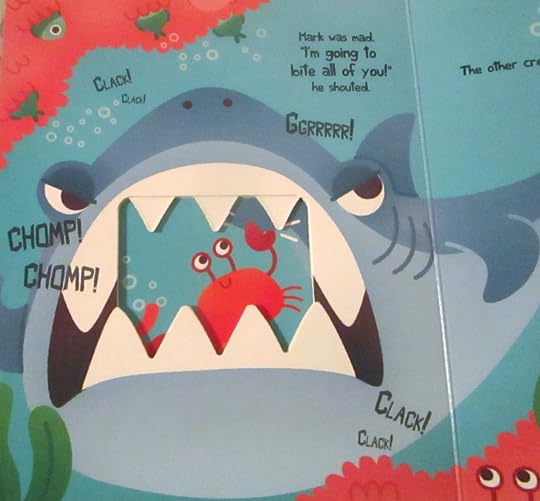 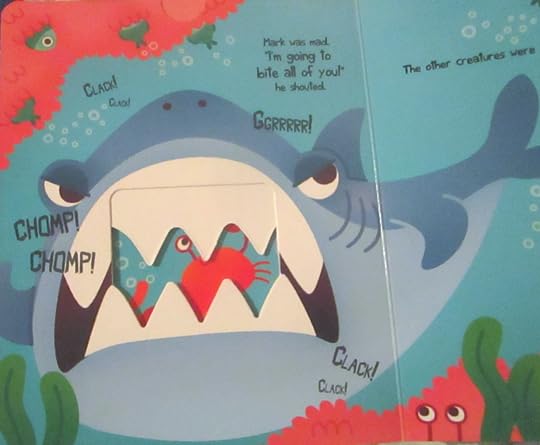 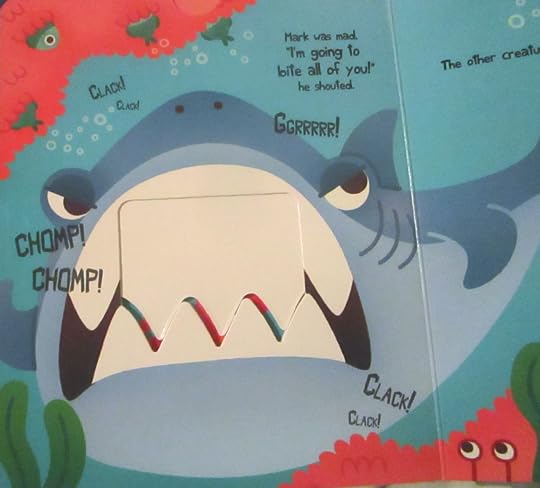 through the wonders of design-economy, one tab controls and reveals two pages worth of different situations occurring in mark’s tummy; one foreshadowing a creature on the next page, and one flashing-back to a creature on the previous, just-turned page.

which really complicates the narrative: characters presumed unharmed are now seen in mark’s tummy, while characters we have yet to meet are right there in mark’s gullet, and then i guess escaped on the next page? are these mark’s fantasies? or is this, in fact, what has been going on quietly while we have been reading about and sympathizing with poor lonesome mark? this layer of doubt and unreliability is as difficult to unsee as that hand pushing down on the dino-butt of my second favorite apex predator:

because this, you will remember:

is the crab who pinched mark’s tail on the previous page, and it kinda looks like revenge, served tepid. 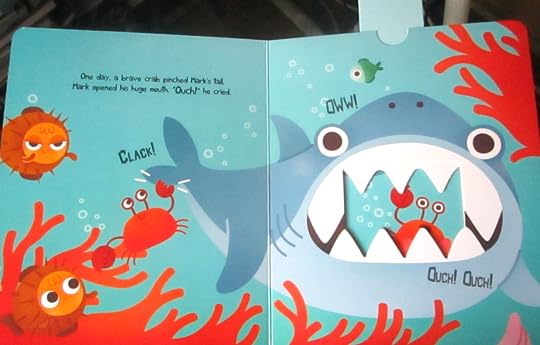 but the pinch occurred while mark appears to be eating some next-page rando-crab, who’s just chilling when we turn the page. 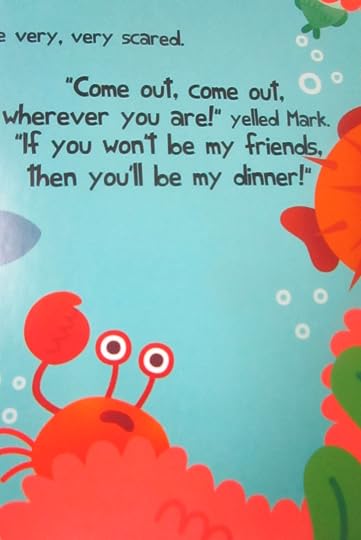 and if rando-crab in mark’s tummy while jerk-crab is pinching, and later seen outside of mark, it makes the pinch more of a rescue mission than the bullying the text would have you believe.

even more problematic is here, where, with her clearly distressed face peering up out from mark’s digestive tract: 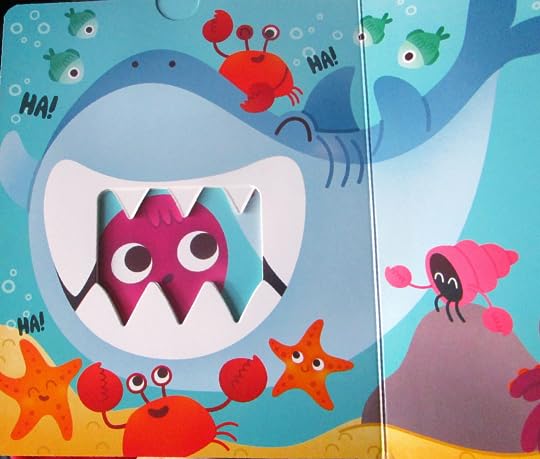 is the hippie octopus who was only trying to help:

who is now being slowly consumed while everyone cheers, put at ease by a predator’s laughter. 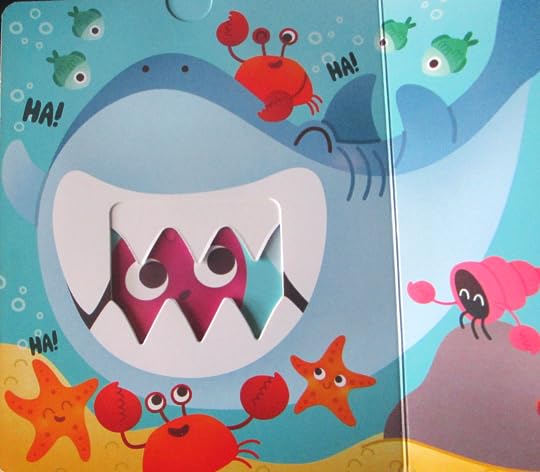 this is subliminally teaching your toddlers that it’s okay to eat people who have wronged you—or even people who have helped you—as long as you hide your monstrous appetite under the mask of smiles and laughter.

sleep with one eye open. 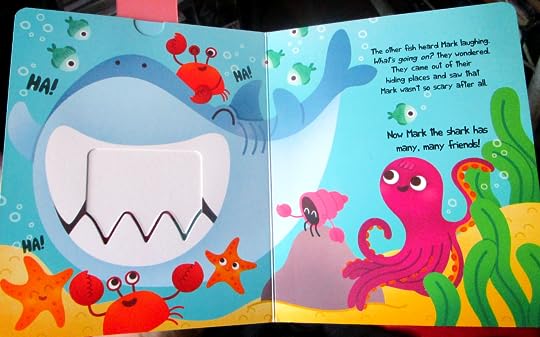 you will note that the those two pufferfish; smirky and bystander 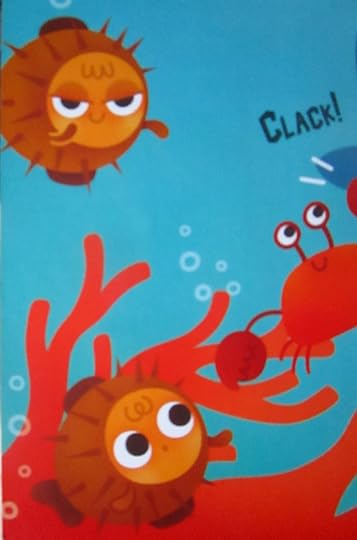 are nowhere to be found… which is probably okay, i mean, really—if frat guys were fishes, amiright? 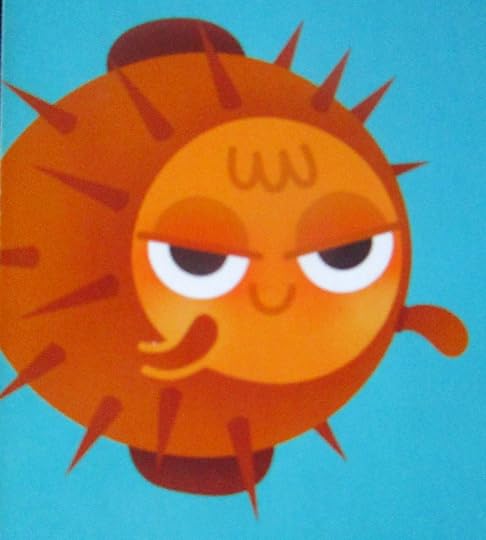 the ocean is probably better off without ’em.

but honestly, i just don’t know what to think anymore. this book has thrown off my whole moral compass as well as my sense of whether sharks are “just animals doing their thing” or are deeply manipulative sleeper agents working at the discovery channel and this is why we need more maritime lawyers. 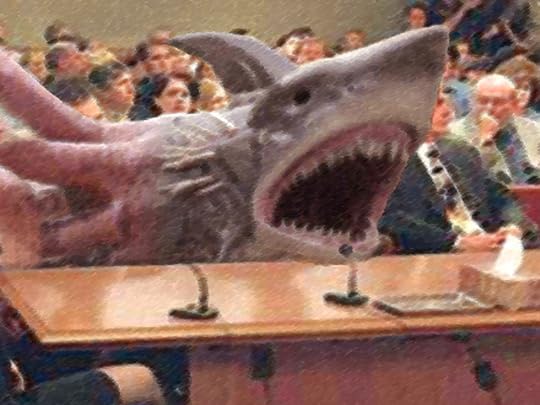 AND THAT IS MY REVIEW OF A BOARD BOOK FOR BABIES!

* the purpose of syfy’s version of shark week is the exact opposite: sharks are going to eat you. wherever you are, regardless of biologic.