Sex with a Mummy by S. Gater

bless me goodreads, for i have strayed. it has been three days since my last monsterotica review….

but i’m back! just one more to go after this one. for now.

mother’s day is this sunday, and what better way to celebrate than with MUMMY erotica???

chronologically, this is the first in the monsterbanger adventures, where angela and jack merkin (still love that name) go out and bang monsters for science.well, social science – anthropology, i guess. in this one, they are once again separated (making one wonder if they have ever consummated their own marriage) in an ancient pyramid where angela distracts anubis: 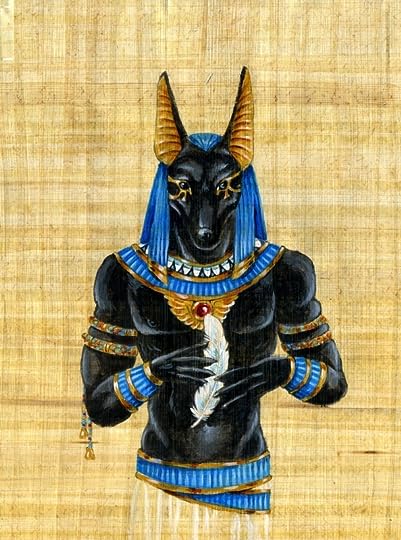 while jack goes off to lift the curse placed upon ashakashet, a nympho queen of ancient egypt punished for her… appetites… by a life-in-death that has left her preserved, but dessicated, for centuries, awaiting a man’s touch to revive her. here comes a man!! and he’s got some astroglide, because – man – is he going to need it! 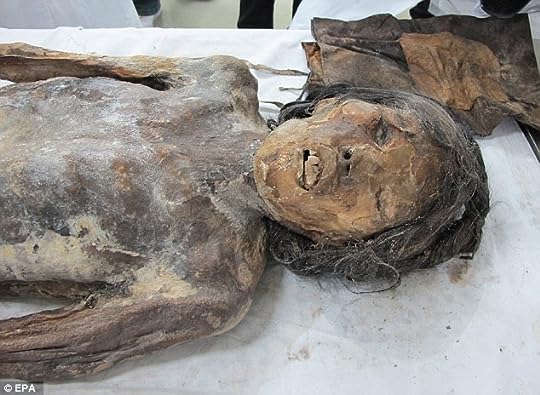 It was like looking at a hundred-year-old anorexic. The wrinkled skin tightly hugged the bones beneath. The arms and legs were thin as broomsticks save for the bulging knobs of her knees and elbows. Her shriveled breasts lay like empty sacs upon her ribby chest. Her vagina was simply a thin line in the dry expanse of her crotch. Above it was a tuft of grayish pubic hair that reminded him of steel wool. Most people would have been disgusted by the sight, but Jack appreciated bodies in all their wonderful extremes. Beauty and ugliness, after all, were states of mind. He’d fucked and adored bodies far more grotesque than this. In fact, he’d discovered that the more an individual deviated physically from the conventional standards of beauty, the better the sex tended to be. Strange but true.

there is hope for us all!!! even shriveled old mummies!

sunny made the best observation about this book:

Best Quote of the book is when the mummy starts to wake and she is saying something to Jack (who is fucking her) and he says:

“Sorry, my dear, but I don’t have a clue what you’re saying. It’s my wife who’s the language expert.”

Isn’t that the first words you want to hear, when you wake up after a century? That the guy, who is pumping into you, tells you he’ll have to ask his WIFE.

so, jack’s got his mummy, angela’s banging a dog – just another day in the lives of monsterbangers. and just another morning for me, giggling at my computer screen when anubis’ response to oral sex is to emit, “a happy woof.”

okay – back to SERIOUS LITTERATURE now, but i will be back with the final installment of the monsterbanger series before too long. i know what you sickos want…