When did you first know that you’d give up your life for someone? Okay, maybe you’ve never felt that way, but parents usually say that about their offspring, right? Personally, I think it’s almost always a dumb idea to sacrifice your own existence for others. Or worse, for some “cause.” If we were all a little more selfish instead of being in such a hurry to defend everything to the death, the universe would be a much less scary place.

there is so much in this one, it makes my head spin. and for the first time, i’m deeply glad i didn’t read these as individual comic book issues. #43-#46 are excellent and i would only have been frustrated by how short they were and how cliffhanger-y their ends, but #47 and #48 would have felt like total letdowns on their own, just because of who’s there, who’s not there, and as a contrast to how very strong the first four segments of this collection were. and yes, i gave the entire volume five stars despite the last two being less shiny, but i’m terrible at math and -oh no! are those dung people?

basically, the inclusion of dung people rounds any book up to an automatic five stars.

but there are plenty of other things here helping earn that five stars. 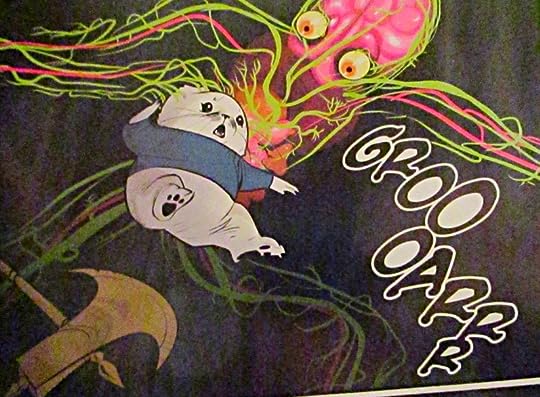 also, there are so many wonderful moments of underplayed reactions throughout this series, but there are some particularly funny ones this time out 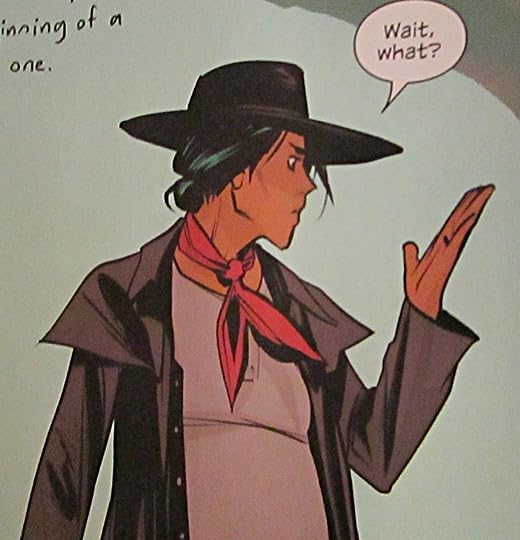 and hazel’s fumbling attempts at cussin’ are endearing enough 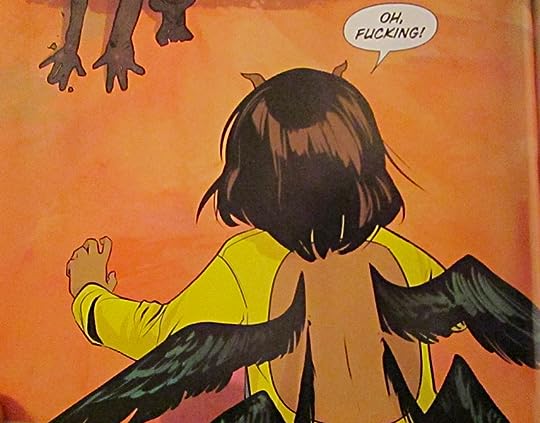 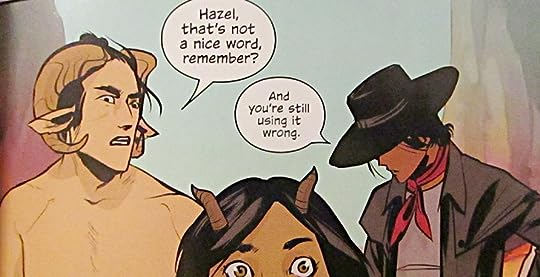 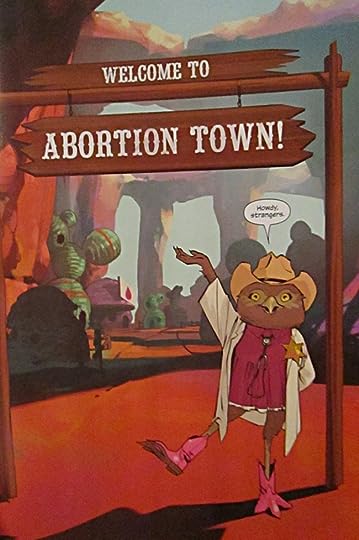 all of the abortion town/badlands parts were handled so well – providing a variety of cultural perspectives on the abortion issue that are consistent with other things we know about the values of these different realms, plus some insight into the individuals involved, and a perfect balance of heartbreaking stuff and … less heartbreaking stuff

obviously, hazel is great here, she always is, but she’s also wrestling with some pretty big questions that no one really has the answers for. 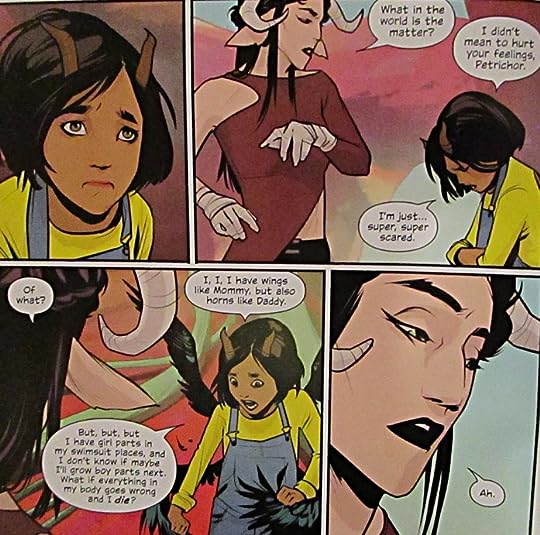 and she does give good advice

she’s closer than anyone else to being able to understand hazel’s state of mind, and if we had to lose that other hazel-helper, i’m glad petrichor is there to pick up the slack.

and let the record show i am furious at this bitch’s…interior design choices and if she goes ANYWHERE near lying cat, i will draw myself into a little cartoon and breach the panel’s boundaries to cut her into little pieces. 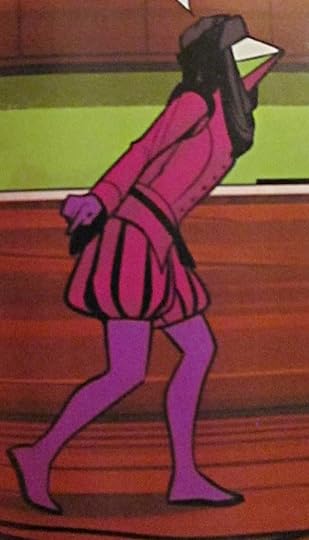 real review coming but if this series ever ends, i might lose my mind. never stop, please.