Book of Longing by Leonard Cohen
My rating: 3/5 cats

i’m sure it didn’t help that the monastery was the mt. baldy zen center, which is quite a suggestive name.

and somehow, when leonard cohen does it, it’s not icky, as it would be for many older gentlemen suffused with lust. is it because he was canadian? because he was dapper? or as he wrote,

Because of a few songs
Wherein I spoke of their mystery,
Women have been
Exceptionally kind
To my old age.
They make a secret place
In their busy lives
And they take me there.
They become naked
In their different ways
And they say,
“Look at me, Leonard
Look at me one last time.”
Then they bend over the bed
And cover me up
Like a baby that is shivering.

Alarm awakened me at 2:30 a.m.:
got into my robes
kimono and hakama
modelled after the 12th-century
archer’s costume:
on top of this the koroma
a heavy outer garment
with impossibly large sleeves:
on top of this the ruksu
a kind of patchwork bib
which incorporates an ivory disc:
and finally the four-foor
serpentine belt
that twists into a huge handsome knot
resembling a braided challah
and covers the bottom of the ruksu:
all in all
about 20 pounds of clothing
which I put on quickly
at 2:30 a.m.
over my enormous hard-on

as a collection, the poems aren’t his best; a little indulgent, a little scattered, a little forced, like someone poeticizing their diary, and some of it is straight-up bragging 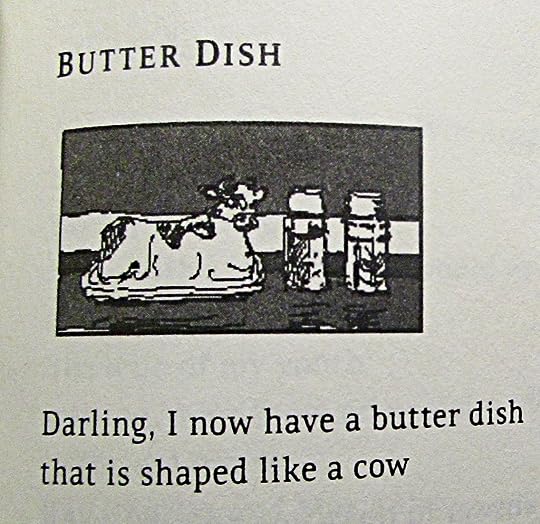 and, oh, those drawings. leonard cohen was very fond of doodling ladybutts and boobs, the stuff of a 12-year-old boy’s spiral notebook, with more realistic proportions: 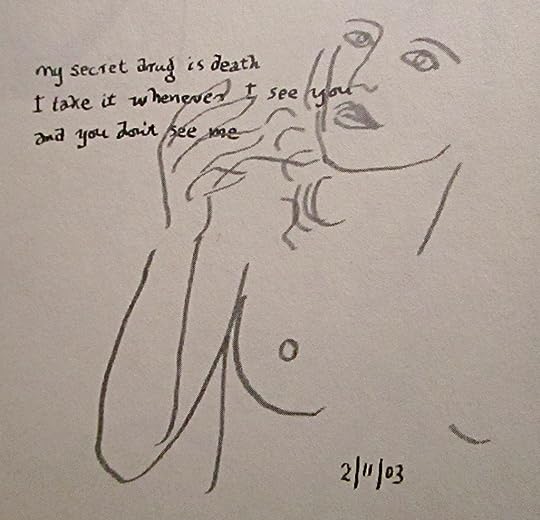 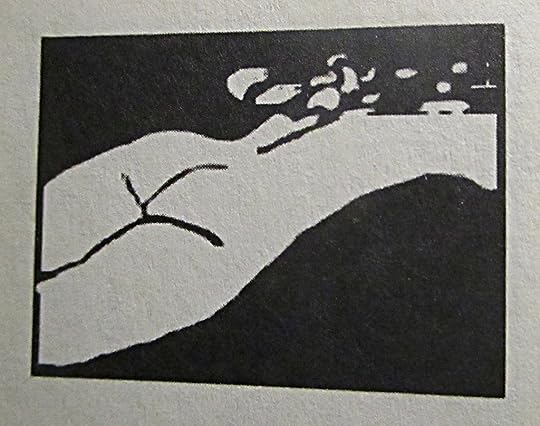 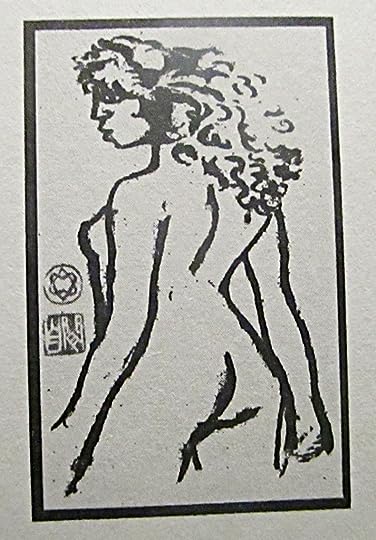 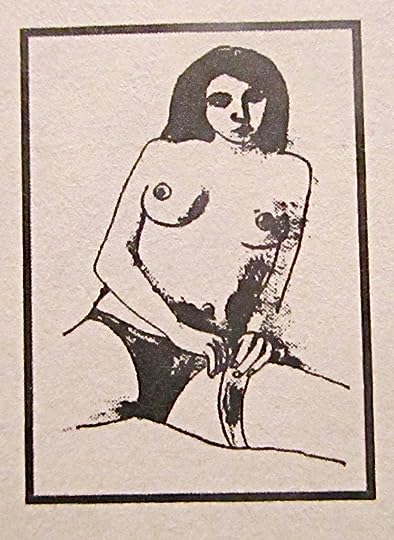 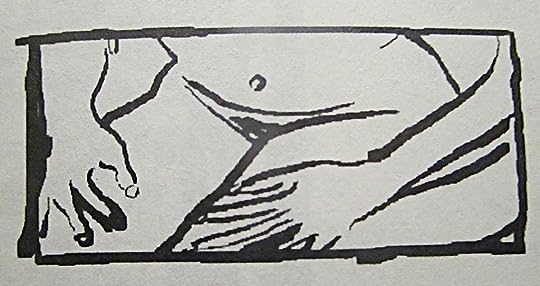 also fond of self-portraits, most of which make his face appear to be melting on a hot day, but a few with captions that made me laugh 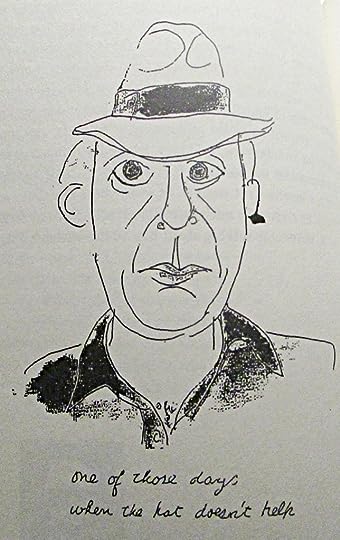 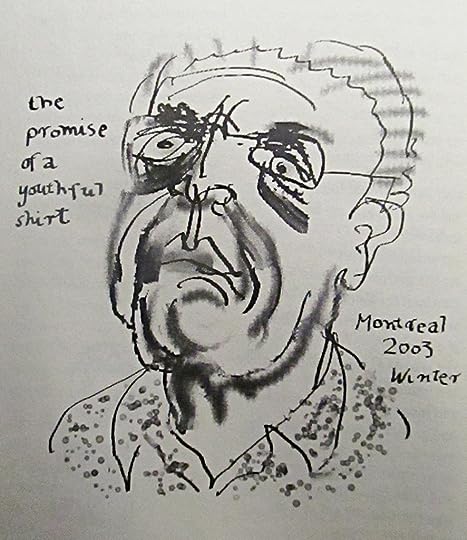 as far as the man goes, he gets all the stars cats for writing the songs that have hypnotized me, consoled me, inspired me, and been my soundtrack since i discovered him when i was fifteen. but these poems…they are not his best. these are more metaphysical and meandering. they’re all over the place. some of them were later turned into songs appearing on the less-beloved albums (Ten New Songs and Dear Heather) in between The Future and Old Ideas when he started getting great again. it’s worth reading, because some of them have that pure cohen grace, like the introduction to the chinese-language translation of Beautiful Losers, and it’s always kind of fascinating to watch a master at work, in the category of “how are you making this not sound skeevy, old man?”

in neil strauss’ diary, that would be condensed to “ogled a waitress”

however he did it – it worked. i must confess, when he came to my store to sign stock of this very book and i was chosen to be in the green room with him for several hours, handing him the flapped books, i stood far closer than was strictly necessary or professional and at one point i absolutely pressed my ladygroin* against the back of his suited shoulder, because that’s one of those opportunities you don’t pass up. he didn’t even notice, but at the end of the event, i brazenly** gave him a copy of a poem i’d adapted from one of his songs, and he emailed me a reply:

and the next few times he performed in nyfc, he set aside a few tickets for me for each of his shows. so perhaps i had some ladymagic after all.

all of that makes it super-weird that i never even read this book. i have several signed copies of it from that day, i have the new posthumous edition with even MORE nude doodles, and i even went to this philip glass concert which married glass’ doodly-doo music to the poems and artwork from this book. but i always like to save a little something from authors i like, just in case. and now that “just in case” has actually occurred, i’m glad to have gotten this in my pagehabit box to give me a little kick in the butt. it’s not my favorite, but at least it’s something more from someone i will always adore.

an all-new posthumous book, The Flame, is out in october 2018, for those of you interested.

* adding the word “lady” to something makes it sound elegant and classy.

** the fact that i have determined “giving someone a poem” to be more brazen than “unsolicited pressing of my delicate flower upon a person” is something i need to have a think about.