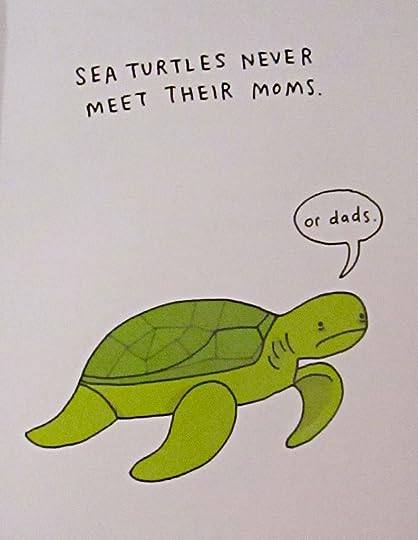 this cover of this book looked so cute, i knew i needed to have it, and it was love at first page-flip. the drawings are adorable, and while i knew some of the facts already, 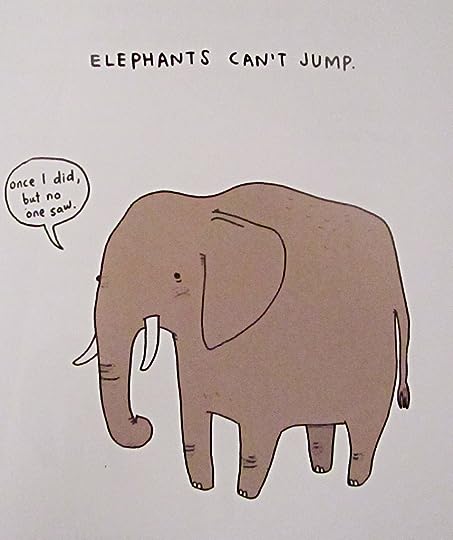 the way she presented them was absolutely charming.

and there were plenty of new facts! i learned: 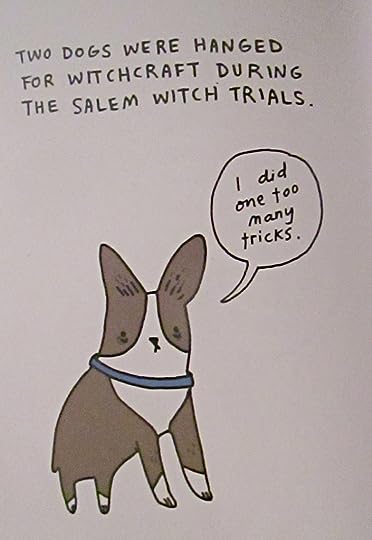 -Dik diks mark their territory with their tears.

-After Tasmanian devils mate, the female sneaks away in the night.

-Whales that sing in the wrong key get lost and are alone in the ocean.

but i soon found myself getting bewildered because i was like THESE FACTS AREN’T SAD! and some of the facts were only sad because of the caption bubble the artist supplied: 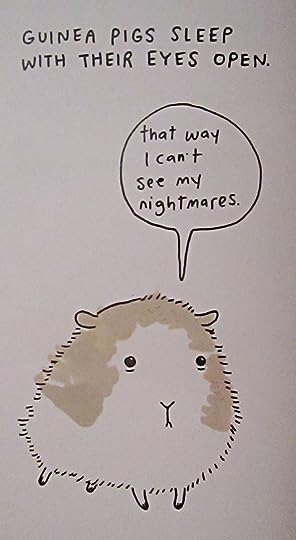 -Frogs can close their ears. 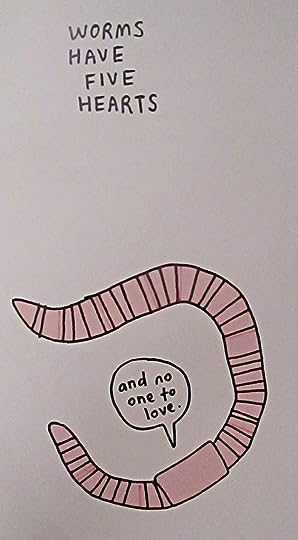 -Pit vipers have heat sensors on their mouths. 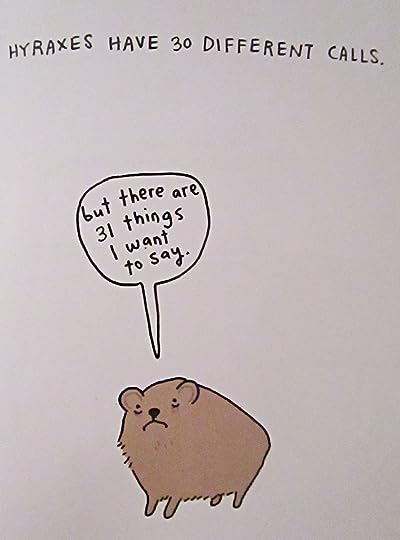 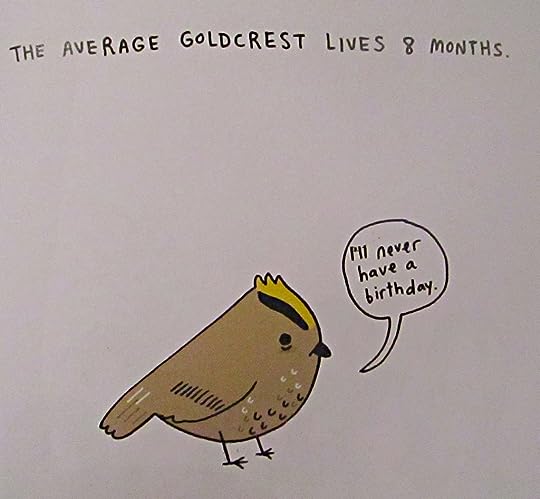 -Camels can drink 30 gallons of water in 15 minutes. 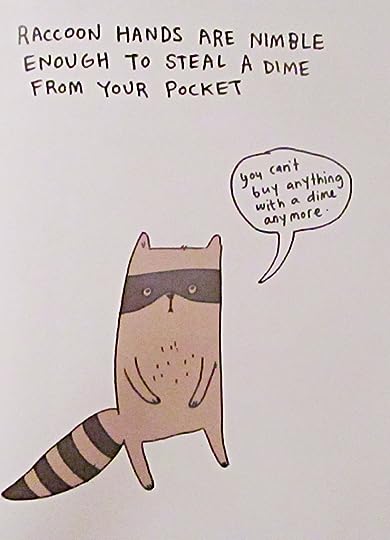 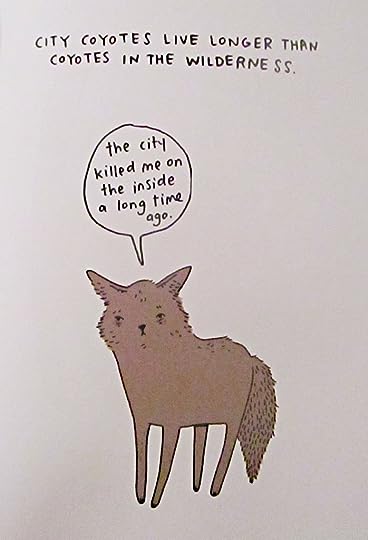 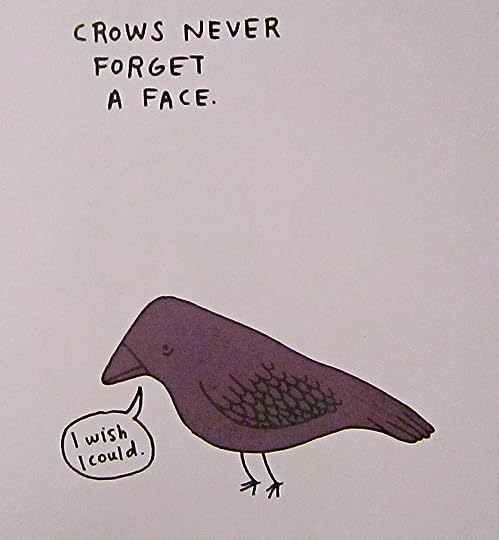 NOT SAD, BOOK! BE MORE SAD!

and then i started getting REALLY frustrated because there were all these suspiciously vague or untrue-sounding facts that were just dropped without context and i was like YOU ARE A REFERENCE LIBRARIAN! (which i knew because i read the introduction. because i’m one of those people) and i was shaking the book, yelling YOU SHOULD KNOW BETTER THAN THIS, LIBRARIAN!! SHOW YOUR WORK! (because i’m one of those people who yells at books). i mean, don’t YOU want some citations on these “facts?” 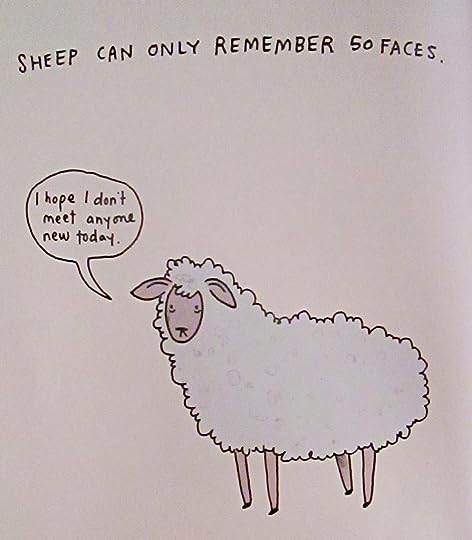 -A chipmunk can’t recognize its face in the mirror.

-Cows produce the most milk when they listen to R.E.M.’s “Everybody Hurts.”

-Mice can sense sadness in other mice and it makes them sad, too.

-All gnu are born during a 3-week period.

-Apes tell lies. (this was the one that really made me scream)

-If a chinchilla gets wet, it might never get dry.

-Mosquitofish can only count to 100.

-Pigeons put off things they don’t want to do.

-Kiwis can remember a bad memory for 5 years.

but thankfully – at the end of the book there is an index (alphabetized! thank you, librarian!) that provides more details about these facts, showing her research. and as strange as some of them sound, they are in fact true. (i am trusting her research skillz here, because librarian)

so, in case you were wondering about those damn lying apes:

and these explanations are fascinating, even for the ones i wasn’t calling her a liar over. you will learn what a jerk nature is: 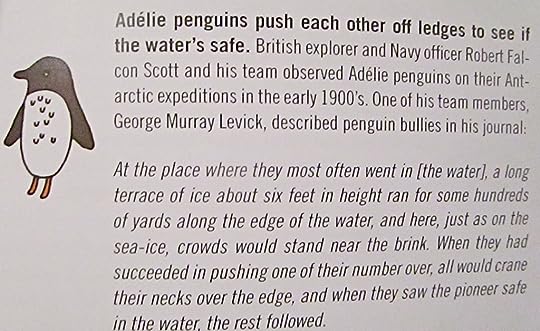 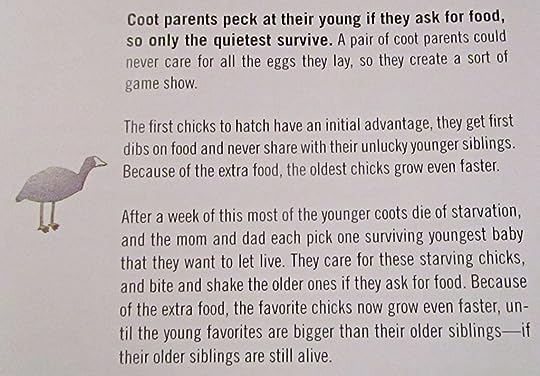 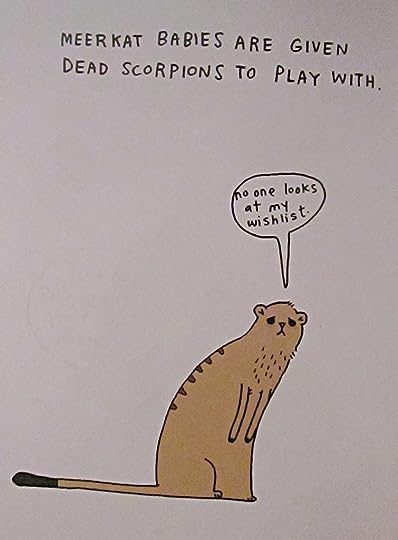 horrific and brutal and absolutely engrossing 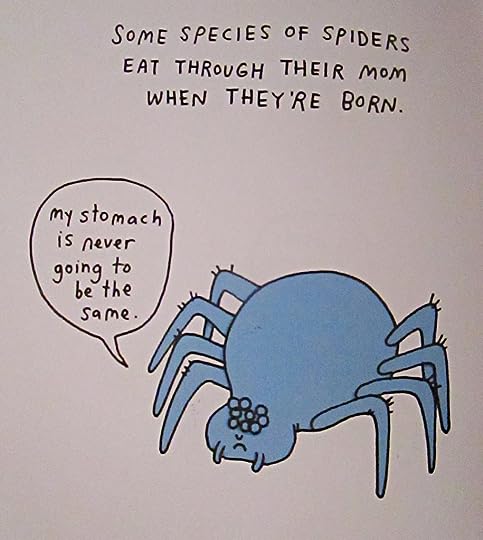 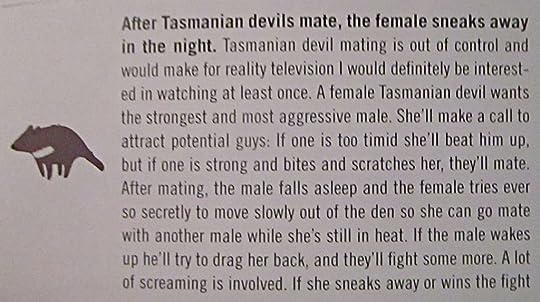 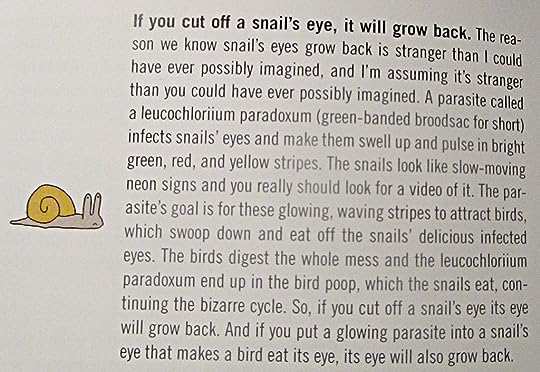 and she manages to throw in some ha-has into the research, so it doesn’t feel like school:

only one of her facts is still unconfirmed: Pigs have trouble seeing the sky because of how their eyes are placed.

these were the ones i found most interesting: 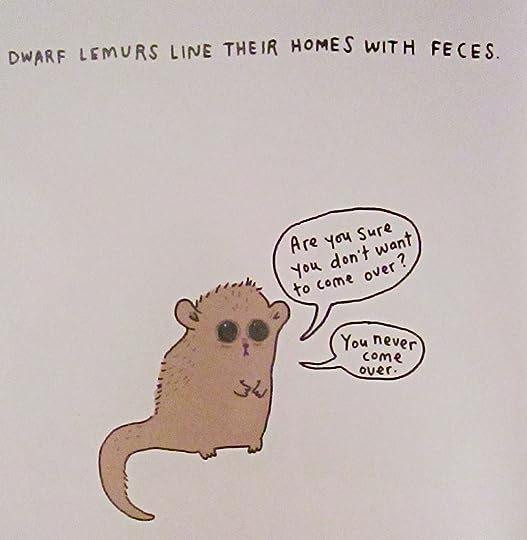 -Birds can’t go to space because they need gravity to swallow. 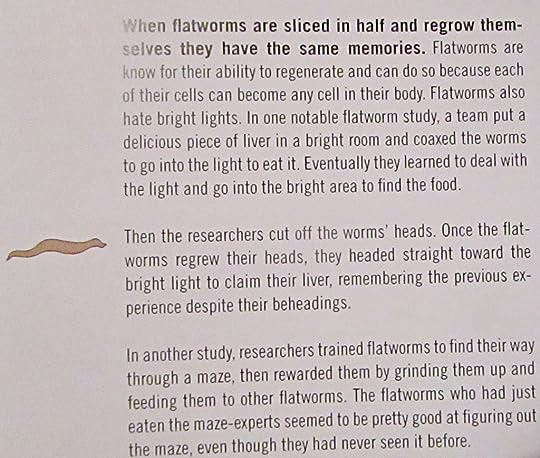 (Scientists at Duke University* believe these fake mating calls make females believe that a male is more popular than he actually is.) 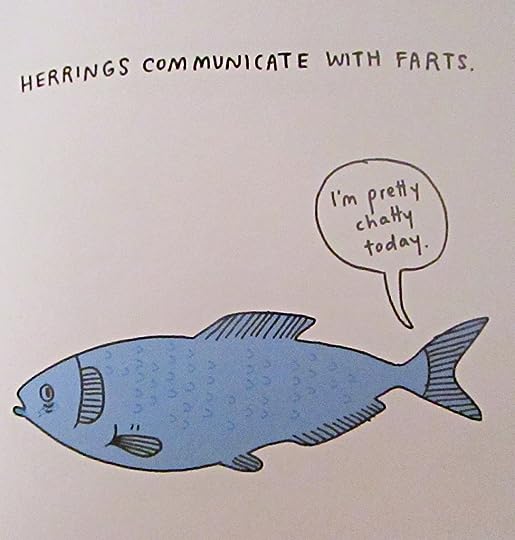 -Male white front parrots vomit on females they want to mate with.

-Houseflies can only hum in the key of F. 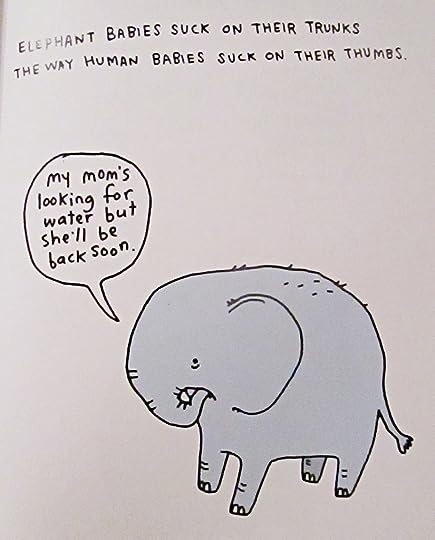 -Scorpions are nocturnal hunters but they glow in the dark. 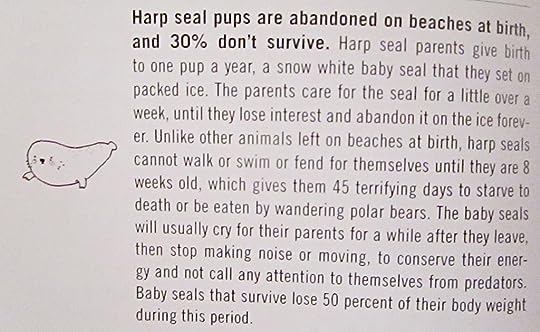 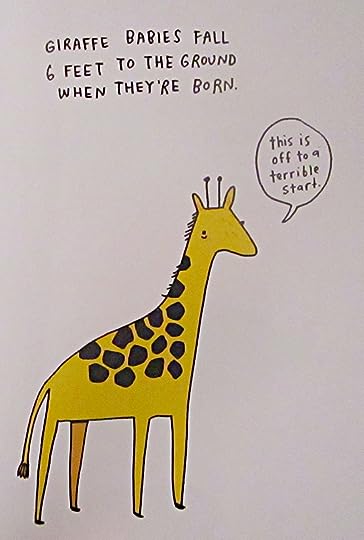 and for all you hamster-lovers, here’s a PSA – Guacamole is extremely poisonous to hamsters.

in case you are a big softie and are worried this book will be too sad, i have taken it upon myself to could how many facts were actually sad, including a gray-area option:

so you should be okay, even if you are a sensitive soul.

-Domesticated rabbits live 8 years as pets or 24 hours on their own. 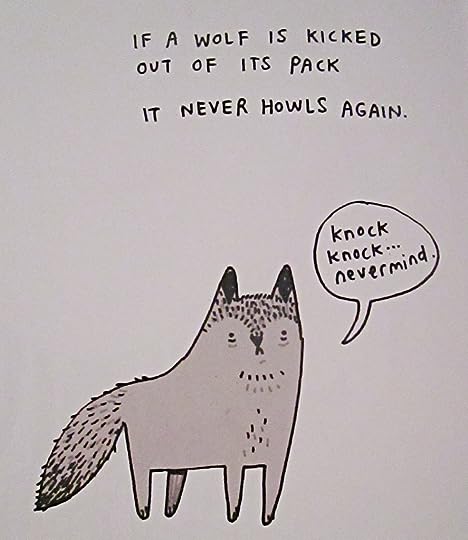 and just for greg – here are the foxen facts, neither of which are sad: 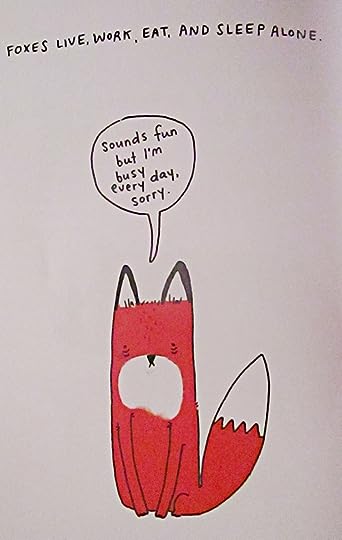 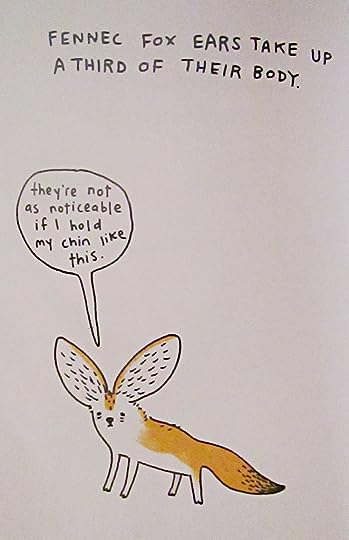 so check this book out!!! she’s also on the internet, naturally: