Mars takes out his nanoknife, the last piece of military equipment he carries. The stray recognizes it and starts to salivate.

Mars dices up his thumb and then his index, flicking the bloody chunks to the ground. The stray pounces on each one and whines when Mars stops at the gray-white knucklebone of his middle finger.

i love rich larson so damn much—he’s always surprising, always a little off-genre, and there’s an ease to his writing that scoops me right up and into his world every time. this world is a near-future west africa, where a boy with congenital insensitivity to pain* is discovered, enhanced by science and shaped into an unstoppable assassin of a man. or, unstoppable by any outward force. inside, he’s still human, and capable of choice and regret.

He decides there are two sorts of pain: the sharp red kind that twists a person’s face and makes them scream, and a slick black kind that coats a person’s insides like tar. He realizes that he has been feeling the second kind for most of his life.

so, an unfortunate design flaw for his creators, but a more relatable character for us, and the story is a perfect combo of bloody squirm and emotional awww. (which that scene of him feeding his own fingies to a starving dog pretty much nutshelled for you already)

if you’ve never read any rich larson and want to see what else he’s got, know that he has two different profiles here on goodreads; the one attached to this story and this one:

i tried to merge them, but Sorry, this author is on Goodreads and is responsible for editing their own data. i guess he’s too busy writing stories like this to merge his own data, which is forgivable. just know that he has more than what’s showing on this page, much of it free over at tor.com. 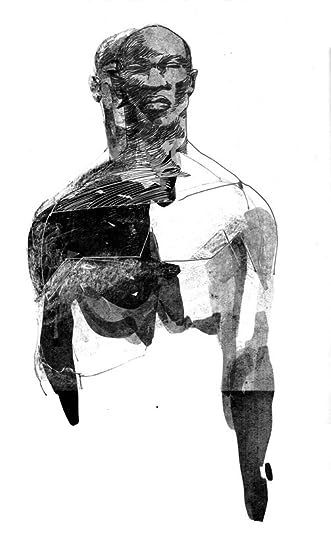 * like when abigail breslin was on grey’s anatomy, yelling at karev 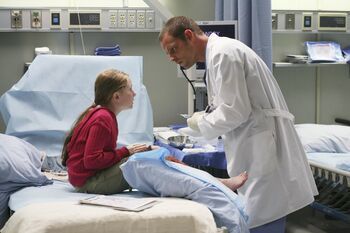