I Fucked the Puppet by Fannie  Tucker

i mean. it’s puppet erotica.
and that cover…

this book is not even trying to be sexy!!

funny erotica is my bread and butter. and it’s true – there is nothing sexy about this book, which is why sunny didn’t much like it. but me, i read this stuff because my mind is blown by what people come up with to sexify.

and this one pretty much takes the cake of WAIT WHY IS THAT SEXY???

i had read puppet-romance before, in Hand In Glove, but this takes to next step into creepy erotica land.

so we have a girl who has trained as a classical ballerina, somehow unable to find work in the world of professional ballet, and working as a backup dancer on a children’s television show whose star is a giant green-shag-covered puppet named dongo; “a magical puppet brought to life by the imagination of children.” (see cover)

one night, she stays after hours, and ends up doing some ballet in her underwear alone on the darkened stage. as one does.

and then, all of a sudden, out comes dongo in his giant dongo suit and says all sorts of creepy things to her, This is the only face I’ve got! I’d like to bury it in your twat!, ties her up like a puppet,Uh-hoo! Uh-hoo! The ropes are tight! A puppet friend I’ll have tonight! and has puppet intercourse all over her with his green shag-carpet penis. 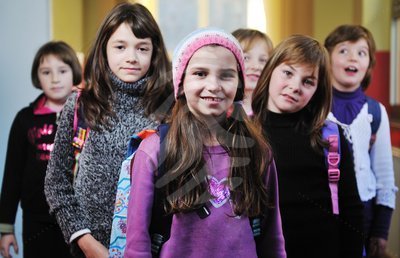 i agree with sunny, the idea of taking a green-shag-carpet-covered penis into my mouth is unacceptable. and then, into my lady-bits? no way, man. i feel like the carpet would be really absorbent, ruining any chance at pleasure and creating undesirable friction. ever had rugburn?? not looking for that on my labia, thanks.

and speaking in rhyme is never a turn-on. especially when the rhythm is off. You dance like a magical fairy! Between those boobs, my face I’ll bury!.

smoochy would never say that. never. 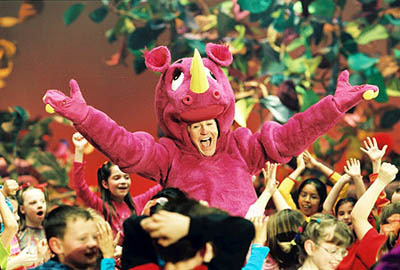 and i hated all the “uh-hoo!”s. it is like having sex with a bird. i imagine.

were i still a little tyke, the idea of my favorite character coming to life would be a dream come true. but not like this. never like this.

again, i can only focus on the practicality of the coupling in question, and i have to give this one low marks. even though she claims that there is plenty of lubrication, and even though he comes in shiny rainbow colored droplets that taste like candy, i think i would give dongo a pass, if he showed up on one of the dating sites i am always getting e-mails about. christianmingle.com, trust me, you do not want me in your genepool.