We Sold Our Souls by Grady Hendrix
My rating: 4/5 cats

A girl with a guitar never has to apologize for anything.

i’ve read all three of grady hendrix’s novels, and while none of them have scared me, they’ve all entertained me.

this is the least fun of his books. there are occasional smiles, like when you notice that all the chapter titles are the names of metal albums, or when he sneaks something cheeky in, like citing nick sharman as a rock journalist from Kerrang! magazine when we all know that nick sharman is this guy: 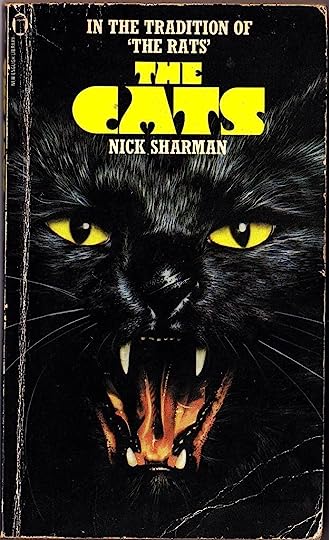 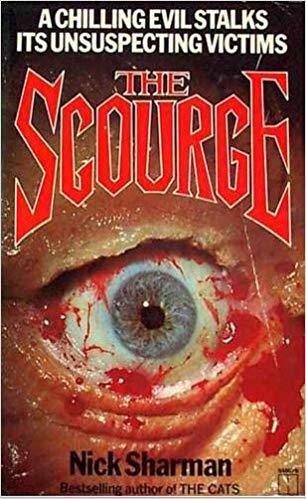 and a deep appreciation for the music and culture of RAWK. actually, i take back what i said about this not being funny, because the concept is hilarious, it involves a concept album and it’s so SO inventive and clever in its use, it’s worth a giggle or two. but it’s much sadder overall; the regret of the “almost-was,” and the cost of fame and the answers to the question, “whatever happened to…”

i loved the residual affection between kris and her former bandmates (two of them, anyway), all of those scenes were really moving. and AAAAHHHH, scottie rocket!!!

there are also two excellent scenes of horror perfection – one in a car and one underground. the underground one taught me that under certain circumstances, i would be claustrophobic. i read and reread all of those pages because that situation was completely harrowing. dammit2.

but this book is also what happens when grit lit meets horror. its focus is on the same segment of struggling, disenfranchised america; one of the characters lives in west virginia, having seen thirteen people from her graduating class die from opioid overdoses, while she waitresses at a place that encourages waitress-groping all to pay back her student loans and maybe someday get out of her dead end life. this sounds pulled right up out of any of my beloved grit lit novels:

but this one’s also got monsters, so WIN.