Goat Suckin’: Hotter Than It Sounds by Dixon Heurass

hey, internet, didja miss me? has there not been enough monsterporn since i went on vacation? yeah, i hear you. i know what’s what.

and i’m back to review one more monsterporn, because this one was written expressly FOR me, which means i have a responsibility to read and review it, right? even though i have said time and again that i am out of the monsterporn game. everytime i think i am out…, you know the drill. 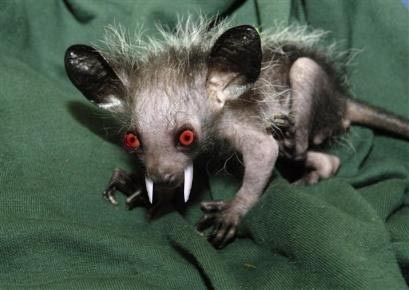 it did not suck at all. even though there was a lot of sucking.

in fact, it is full of delightful imagery:

–Her mass of pubes puffed over the waistband like her pussy was chewin’ hair and blowin’ bubbles’.

-Estefani’s snatch was a terrible, freakish godless abomination…the overall effect was somehow simultaneously grotesque AND sensuous. Like two burlesque dancers with their faces stapled together

-She placed the tip of his cock in her hair and laughed, “look, I’m you!”

-Doug imagined running his fingers through her thick locks, brushing and braiding her pubic hair. He saw visions of himself paddling a deer-skin canoe down the rivers of the French-Canadian wilderness, Estefani’s fat tangles warming his head like a hat or his hands like a muff.

Muff! He got that reference now too!

wonderful, wonderful stuff. so this hirsute woman meets up with this overendowed man, on the hunt of the elusive chupacabra. and things take their natural course, as they will in the world of monsterporn, and …well, there is intercourse, but not your momma’s intercourse. it is… more unexpectedly violent than you would hope. keep your massive wangs at home, boys – there is nothing for you out in the desert plains of mexico.

i wish i could say more. all i can say is that it was completely unexpected, completely enjoyable, and dixon really has a way with writing grotesque sex scenes that will make you laugh and puke at the same time. well done!