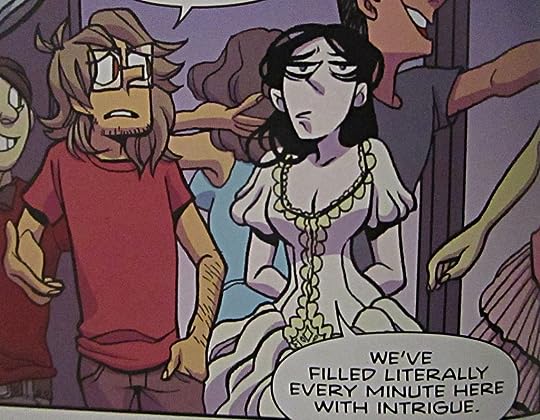 volume 5 was a little uneven for me. there were definite high points 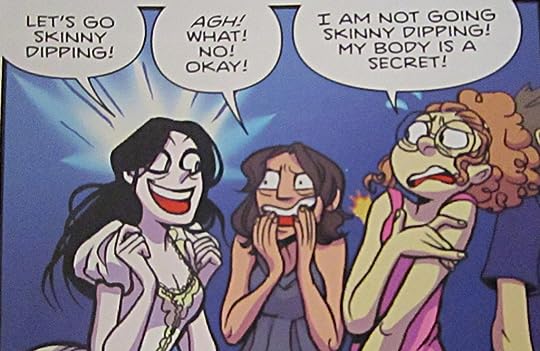 but the term paper fiasco went on too long—no one needed that to straddle two issues, and daisy’s archaeology dig was a tedious diversion that didn’t contribute anything to the larger story and then it just…ended abruptly and suddenly she was back with her gal pals with no “lesson learned” or “anecdote shared,” or anything at all. the last story ended the same way—on a low-energy fizzle that must have been disappointing enough as the ending to a single issue, but to conclude a 4-issue collected graphic novel on a shrug like that, it kind of casts a boring shadow over the entire reading experience.

but those are my gripes and now they are finished. because i do still love reading about these characters and their adventures. this one sees them at the end of their first year, through a single summer adventure and then back at school for year two, moving into their own house and adulting with fervor in the form of a trip to ikea. because who doesn’t feel like a card-carrying grown-up when they enter ikea?

and this issue cements it, esther fenella de groot is officially my favorite. or my gothier doppelganger: 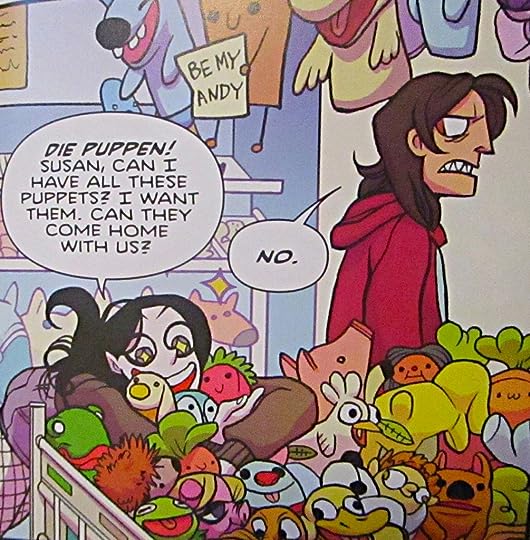 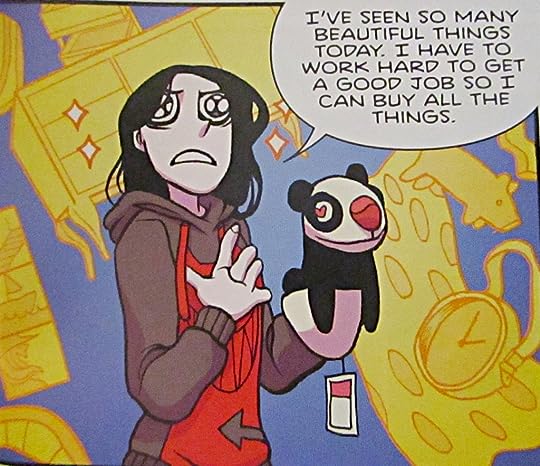 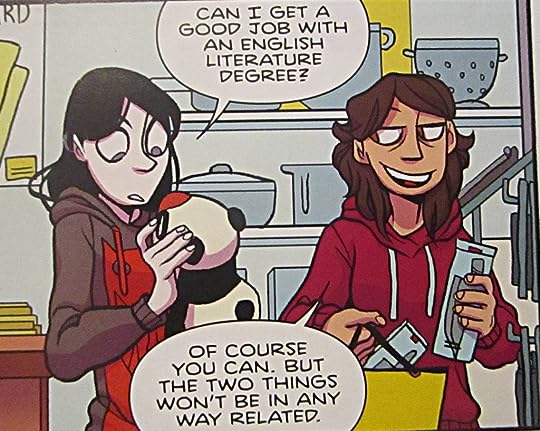 i feel all her pains here.

that’s not to say i’m not still loving the others. 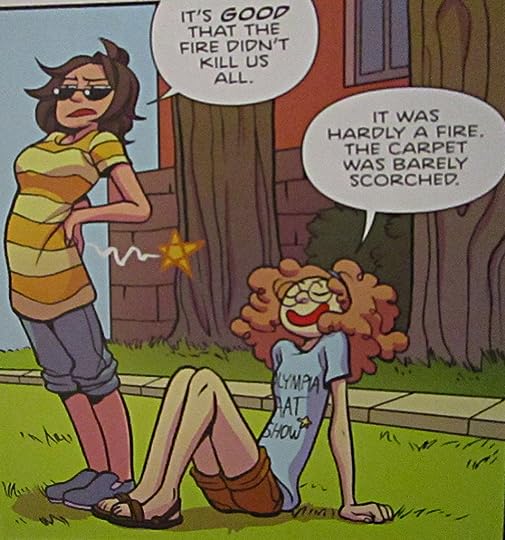 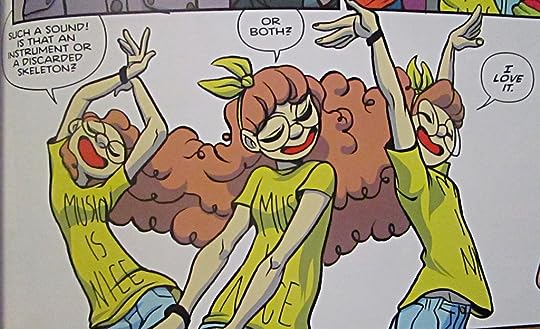 babe-quoting susan’s resistance to the tyranny of tents: 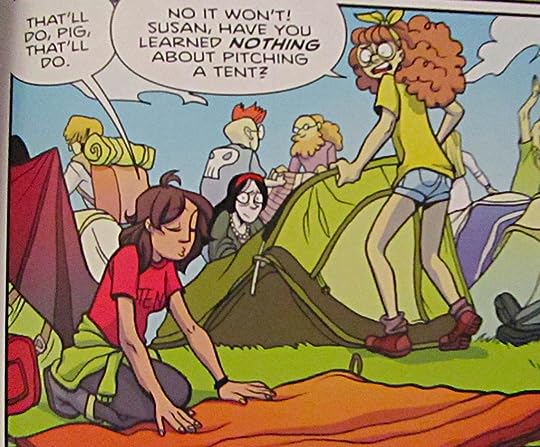 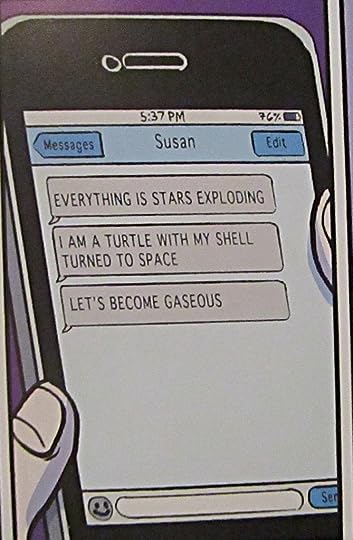 even mcgraw’s not without his moments: 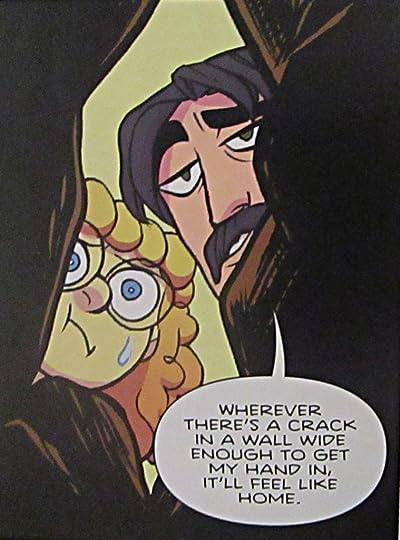 View Spoiler »but wait, GRAHAM???? did we even know that before?? « Hide Spoiler

this one didn’t have enough susan in it—she’s getting lost between esther’s high-drama outbursts and daisy’s high-energy chippery-dippery. poor girl can’t even get some binocular time: 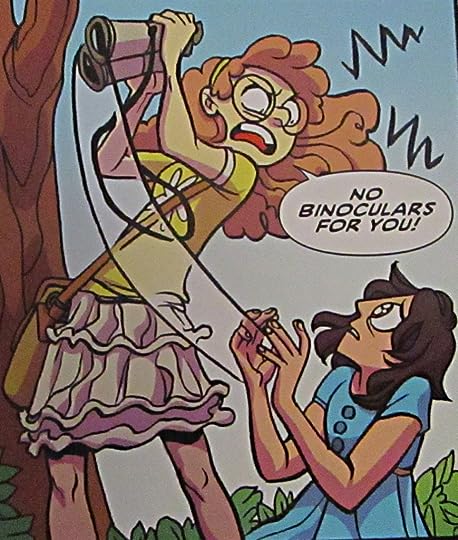 but she does get to pay back revoked peeping-privileges with everyone’s favorite game: poking the superstitious: 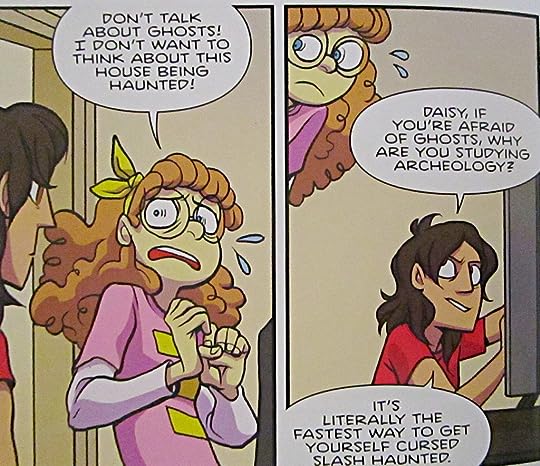 so, yeah, 3.5 because of the peaks and valleys of my interest, but i am in no way losing interest/faith in this as a series. how could i, with such a boldly-stated promise? 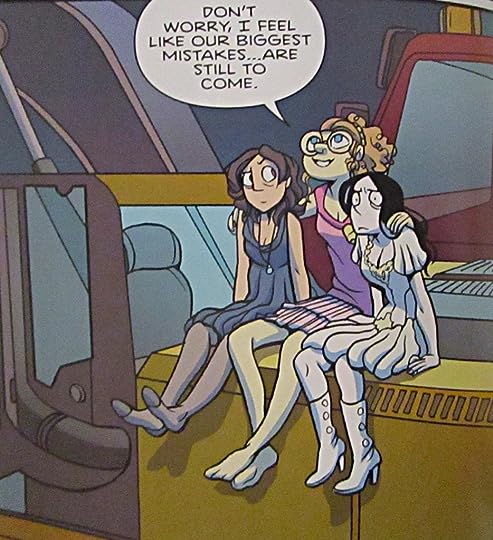 also, i do enjoy all the hilarious ways us and uk slang differs and makes things gross. 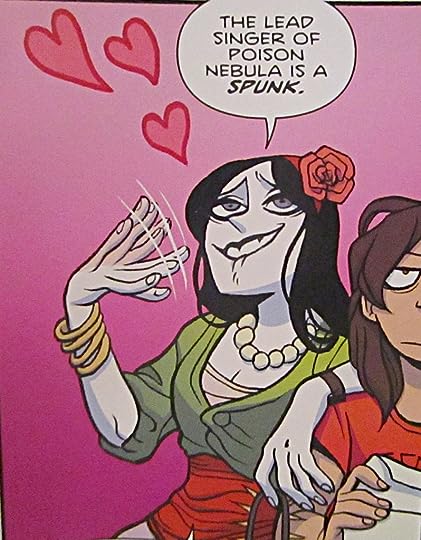 bring on the next one!

3 1/2 overall, with lots of standout moments.