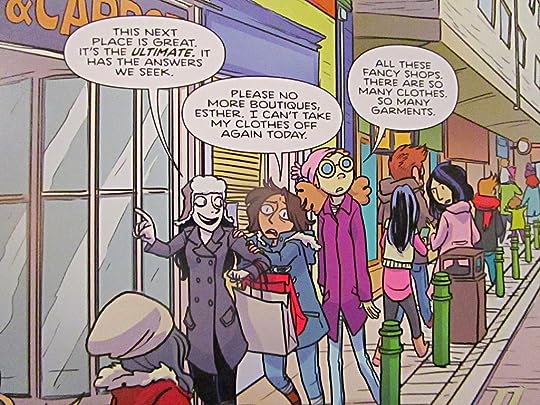 i’m still not wild about the art, and i liked this story slightly less than the first volume, but that doesn’t mean i’m not counting down the days until the third one comes out. i am writing this review before part 3 pubs, but it will likely be posted after release date, so i have just blown your mind with time-confusion.

and yes—this is the volume where the artist changes halfway through. it’s not wildly different, and i didn’t even notice it at first, since i was reading it for the stooooory, but s. pointed it out and then i was all—derrr, true fact, s.! 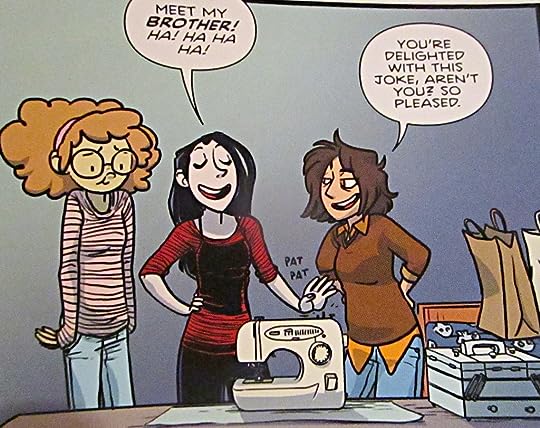 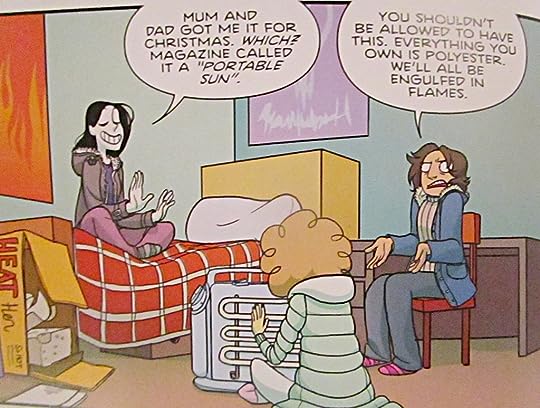 so, it’s different, but it’s still not rocking my world. however, i do like the characters very much. and i can relate to all three, in different ways 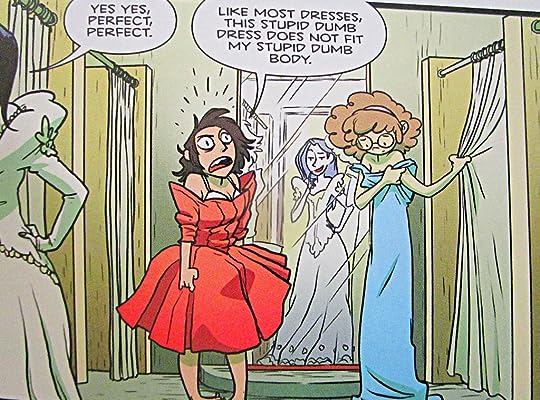 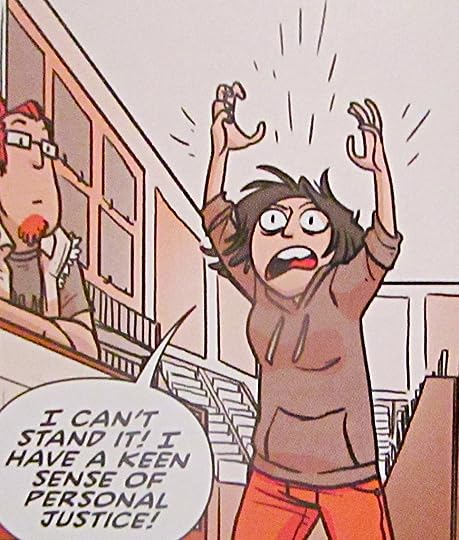 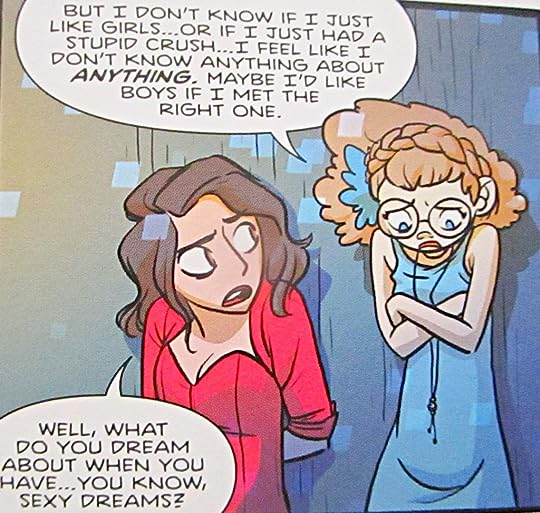 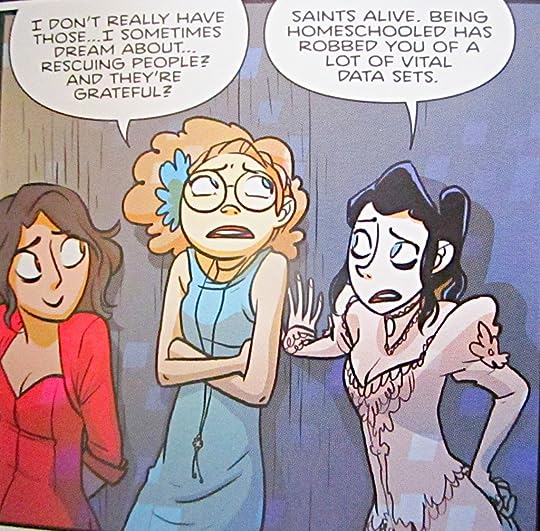 but i’m probably the most similar to esther, since we have the same taste in dudes 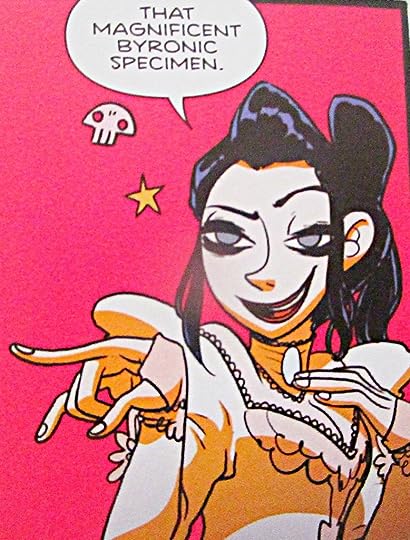 we are both very camera-happy 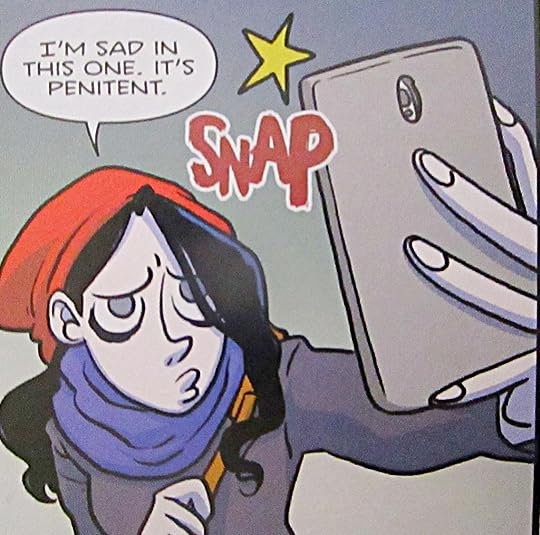 and we have similar approaches to confidence 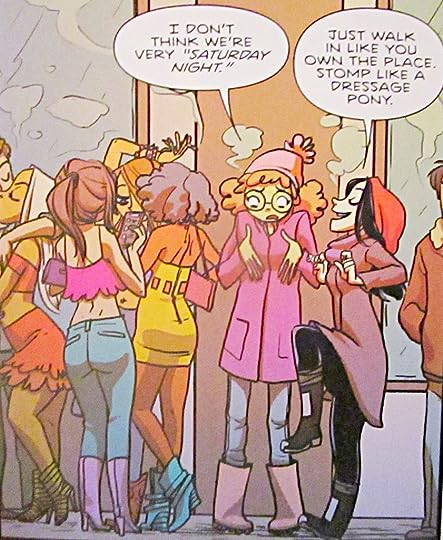 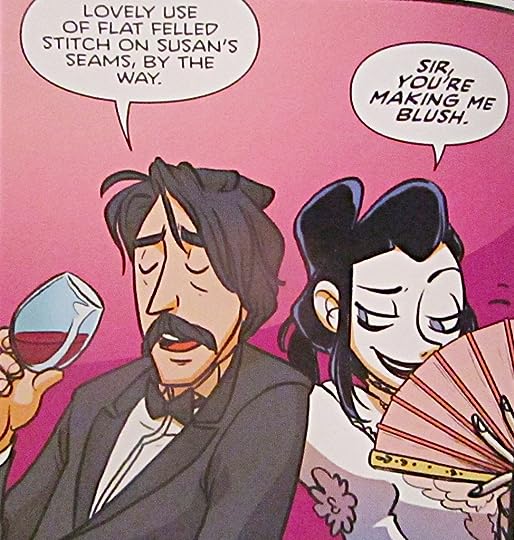 i like susan the least now, but only because i felt singled out and scolded 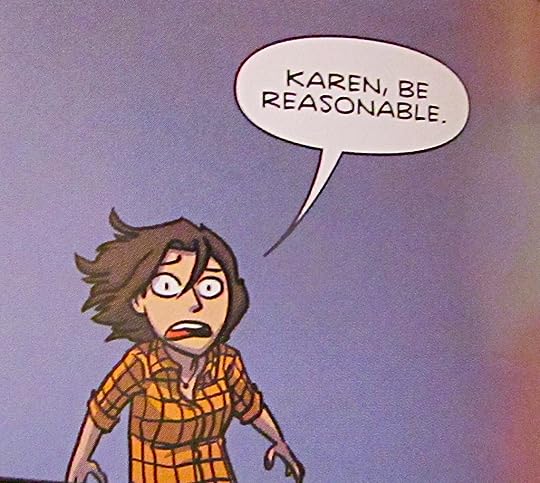 I WILL DO NO SUCH THING, SUSAN! 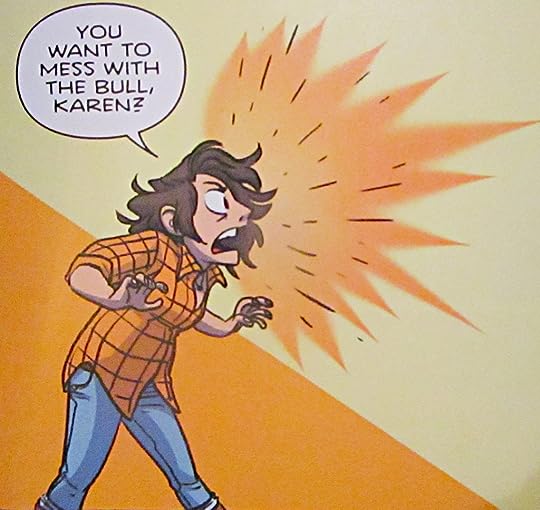 in this volume, we have some romantic relationships forming, but there is disapproval 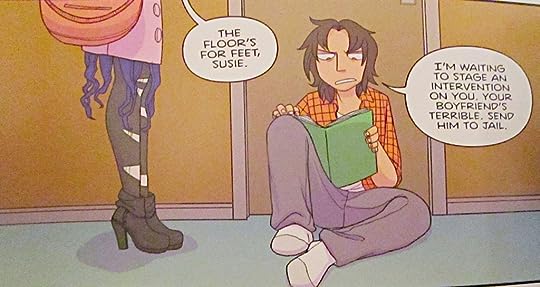 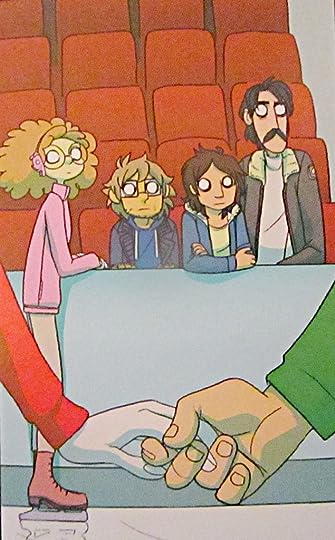 as well as fretting about possible disapproval 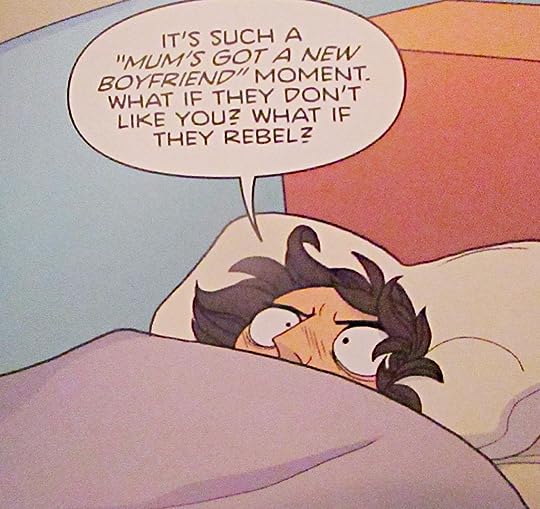 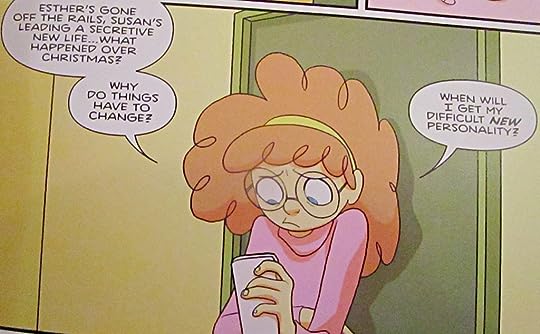 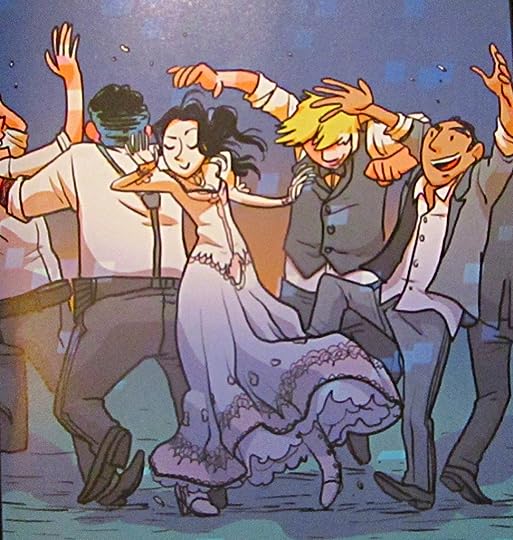 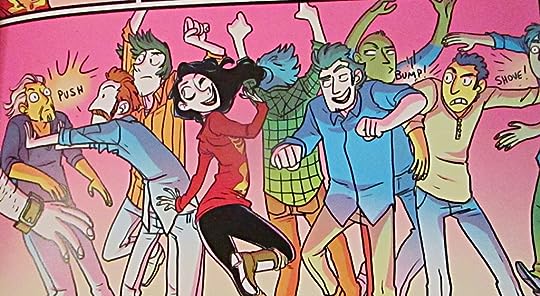 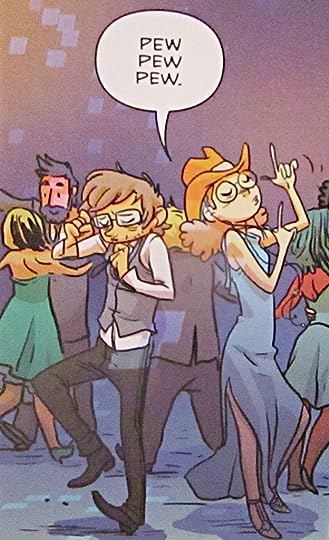 the story is a bit less fun in this one—there was less of the three of them together—two are off getting kissy, they scatter for winter break, esther blows off school to go to a concert with some nameless dude, daisy gets caught up in this bizarre friday night lights reverie, there’s a crime family subplot—it felt very scattered. i liked the smaller stories, where they were just hanging out being normal girls, not getting all delusional and morphing into a character from a tv show, as awesome as friday night lights is. although i did love the punchline to the dinner party fiasco.

and there’s still some good banter and teasing 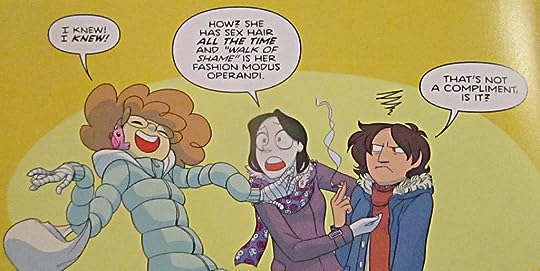 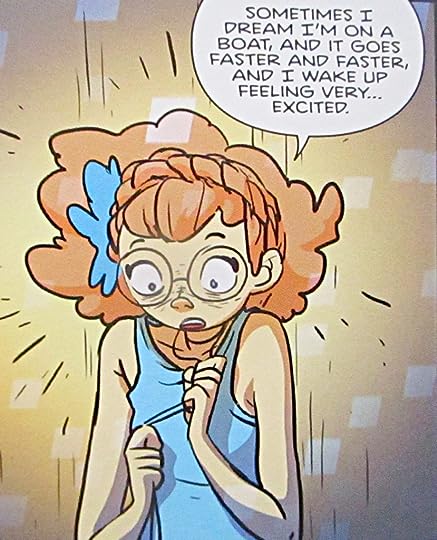 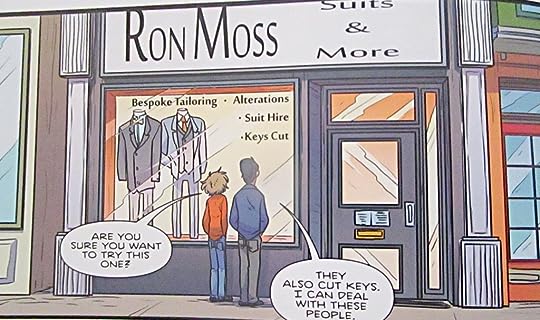 a celebration of the female form in all its permutations 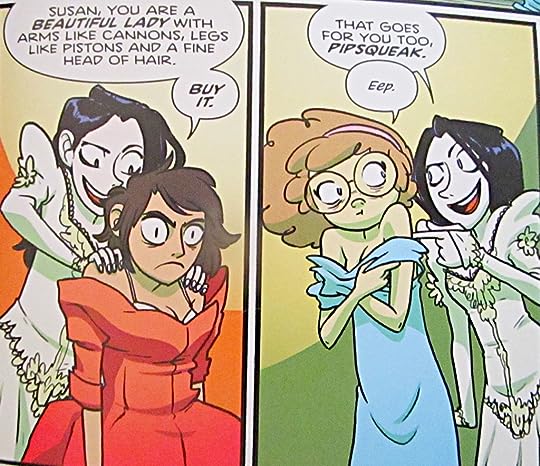 and plenty of hugging, from both of the artists 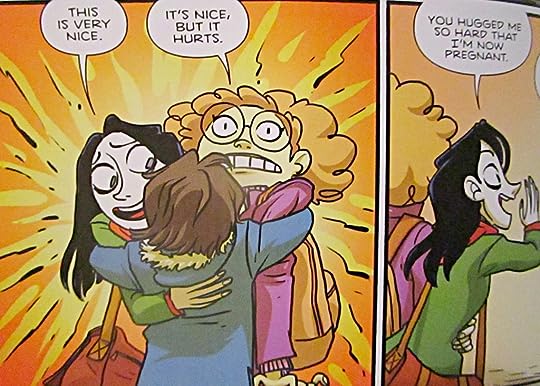 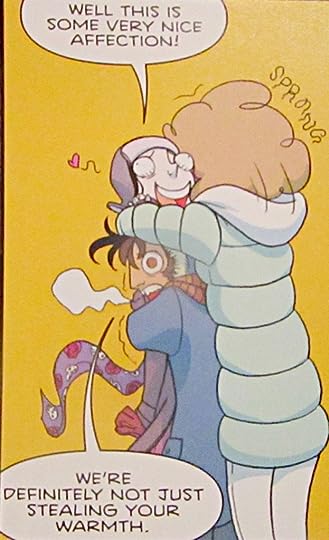 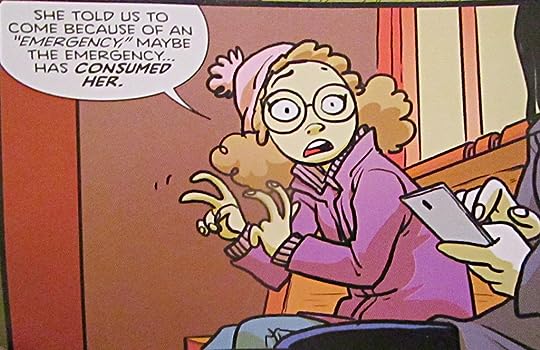 as long as the girls keep being charming and supportive huggers, i can stay on board.