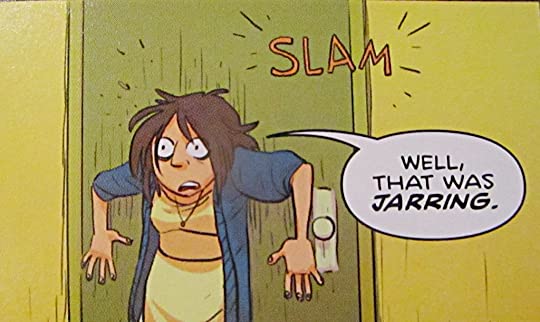 i am stunned that i loved this book so much.

seriously – huge props to you people (YOUUUUU PEEEEEOPLE!!) who kept reviewing this book with such praise and pushing it on me and my apologies for not believing you all sooner. the artwork still does nothing for me, and is the reason i stubbornly resisted it for so long, but i fell hard for the characters, the story, and the general energy of this book.

it’s funny, it’s charming, it features strong female relationships between wildly dissimilar, believable characters, celebrating that phenomenon that occurs during the first year of college (or “university,” since this is british), where everyone’s a bit unmoored, on their own for the first time, exploring their options, coming into themselves, and friendships don’t necessarily have to have common interests or personalities as their foundation – just proximity, basic compatibility, and some sort of spark that bridges differences. 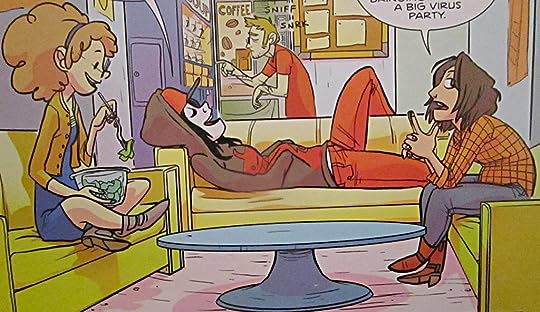 and so begins the story of gothy drama queen esther 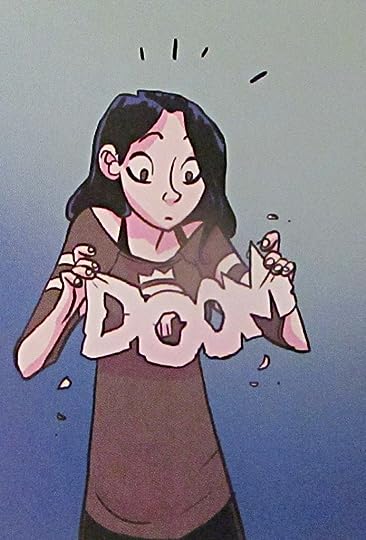 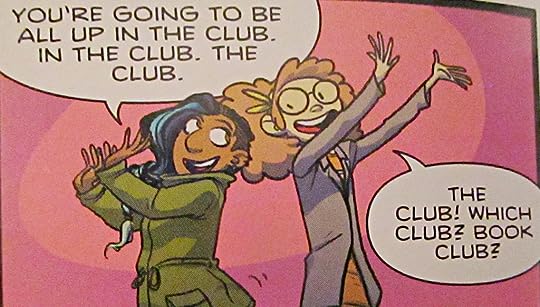 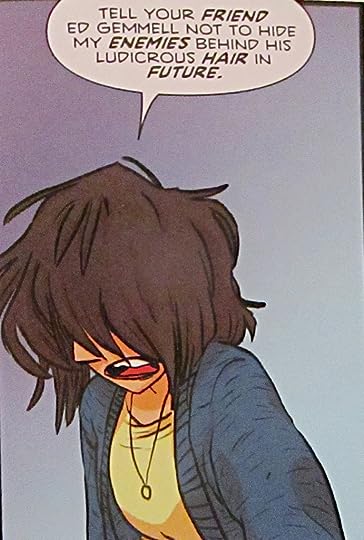 the situations are small, familiar – getting sick in the germ-fest of close quarters 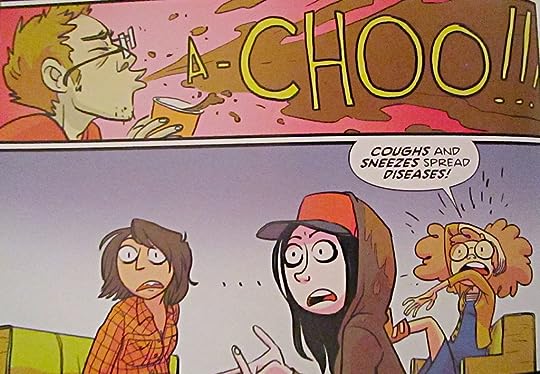 being sexually scrutinized by gross dudes 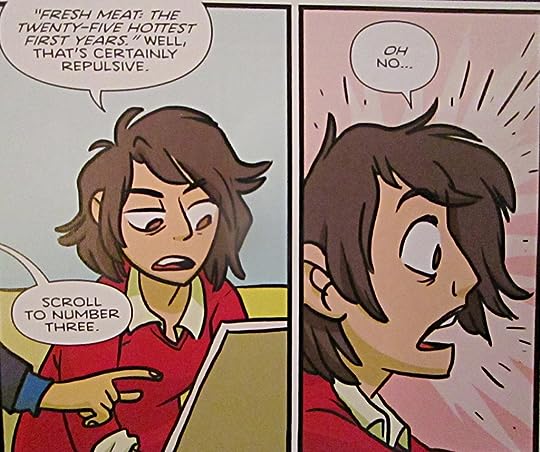 while still embracing your own sexuality 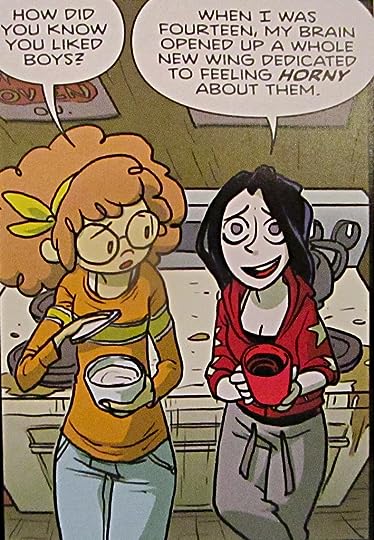 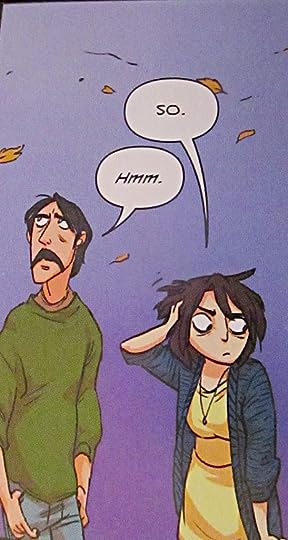 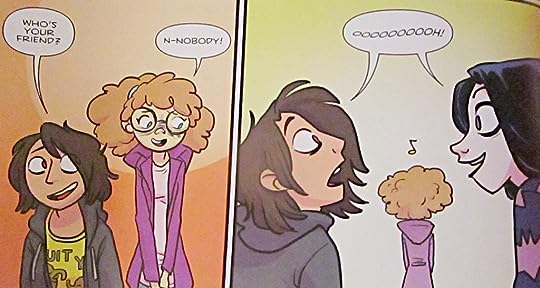 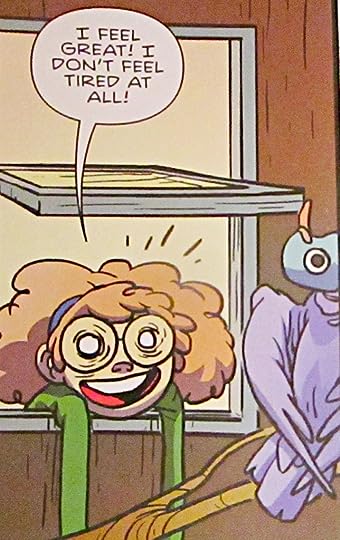 it’s just … fun. and it reminded me nostalgically of my own distant undergrad days.

leaving the dorm in club gear when nothing else was clean 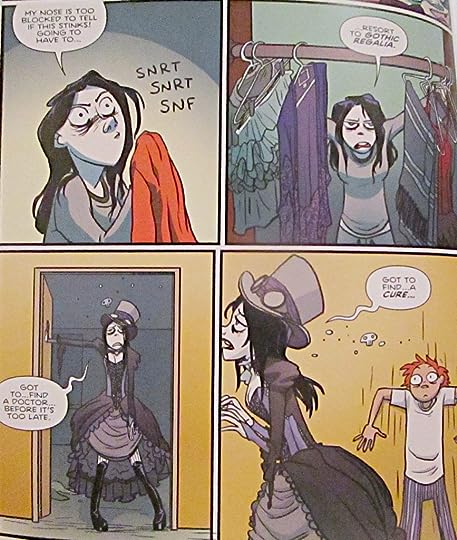 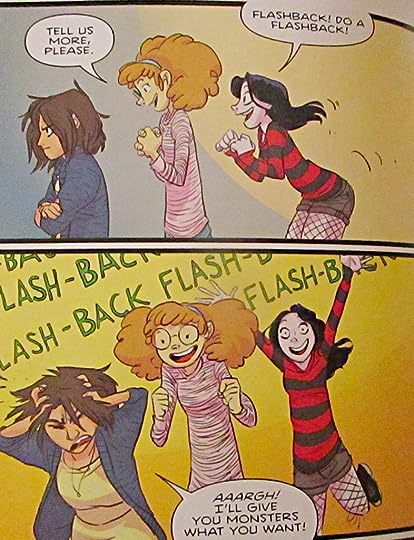 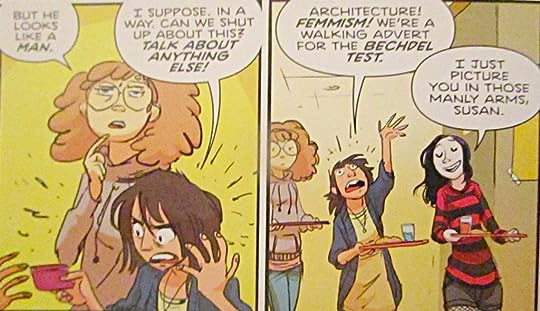 and those in-jokes that become recurring themes peppering strong friendships 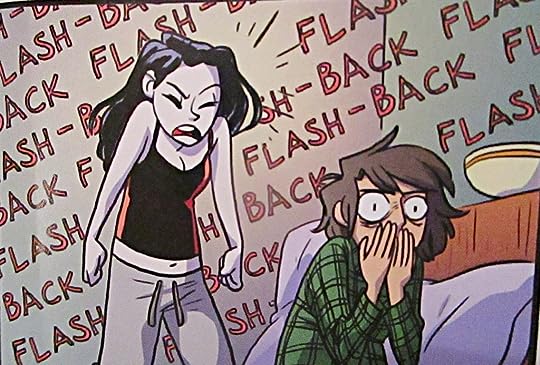 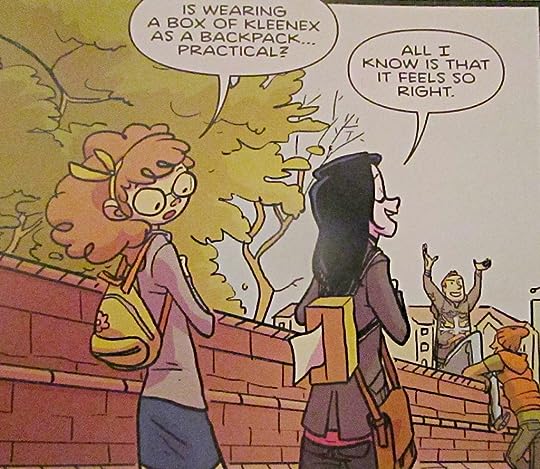 frivolous spending on unnecessary things because of the urgent wanting 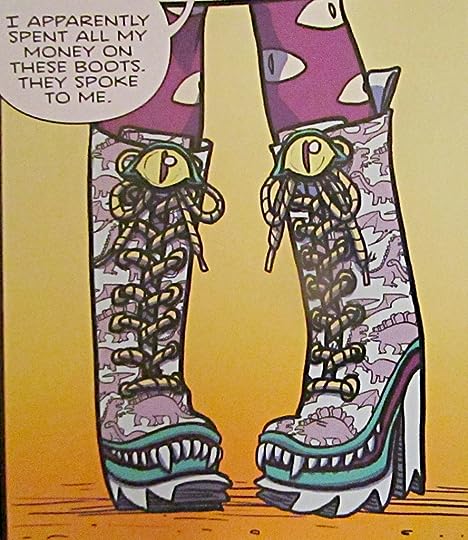 which i totally get, because not only do i want those boots like crazy, right now i am desperately trying to talk myself out of this: 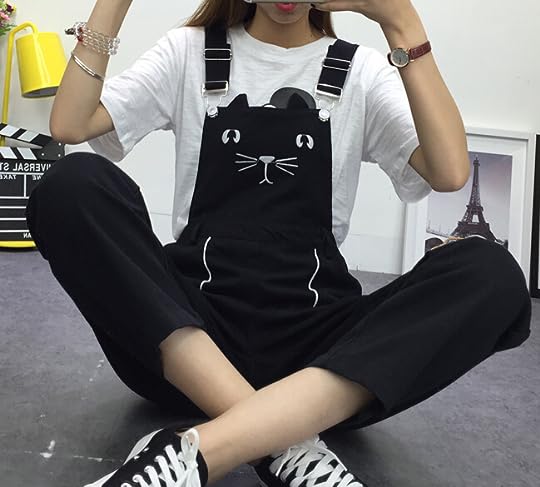 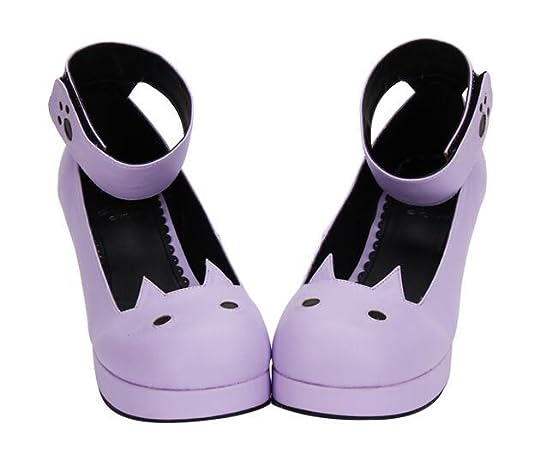 okay, pretty much everything on this page:

but i digress. back to the “remember college?” stuff 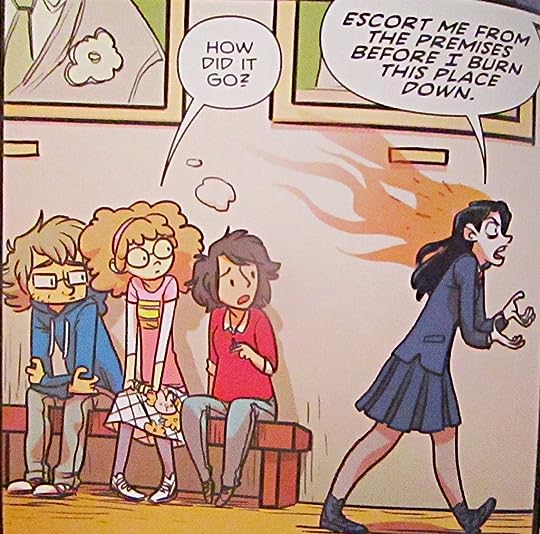 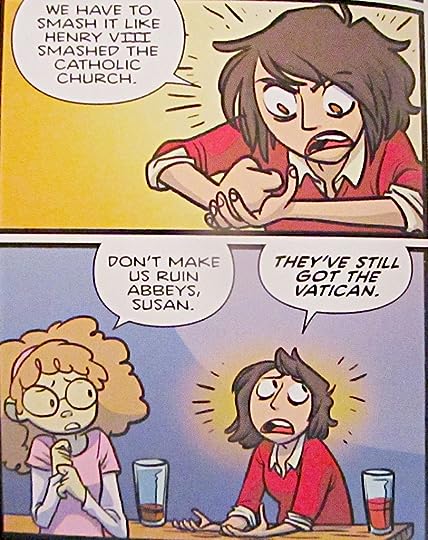 of course, i am too old for this slang to ring my nostalgia bells 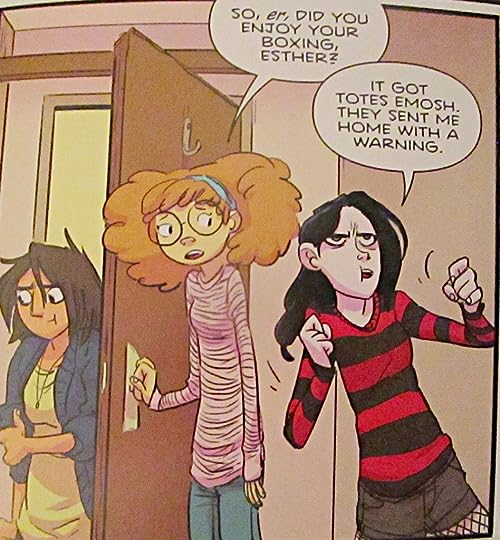 and too american for this 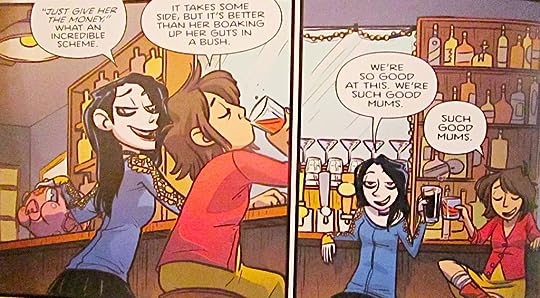 overall, it’s smart, full of good-natured teasing and mama-bear protectiveness – both of each other and misguidedly, of wretched birds 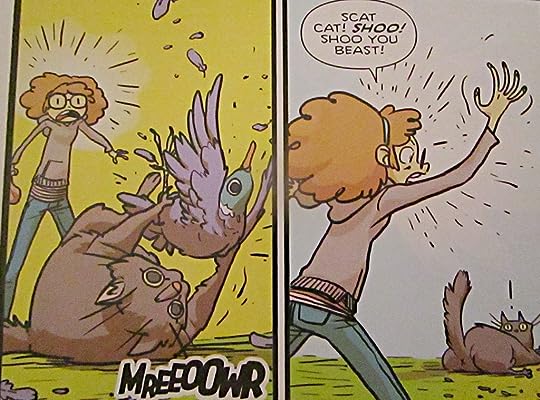 and it also covers the peril of ‘youthful enthusiasm/idealism’ gone too far – when feminism oversteps into misandry or when knee-jerk loyalty to friends leads to unwarranted scolding of a blameless party.

i don’t have a favorite character yet – all three of them are appealing in their own way.

daisy for the secret dangerous core to her bubblegum sweetness: 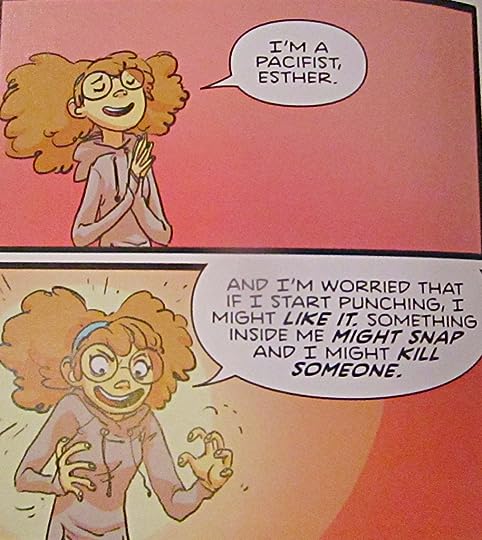 susan for being so impatient and easy to provoke: 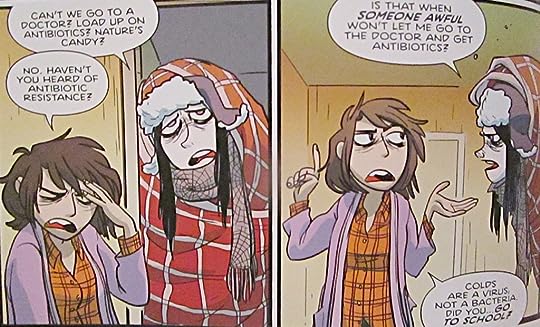 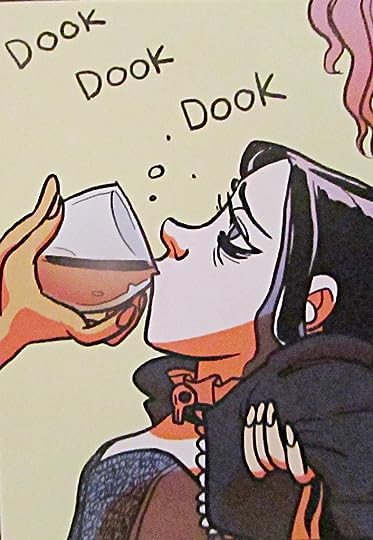 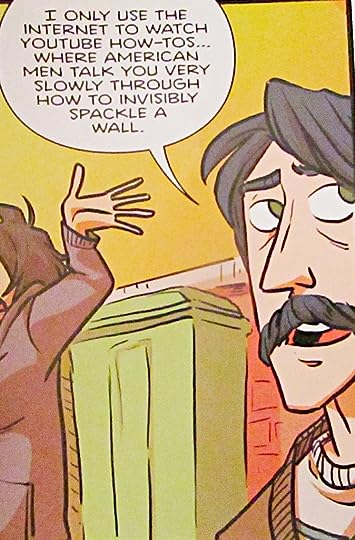 well, both these guys: 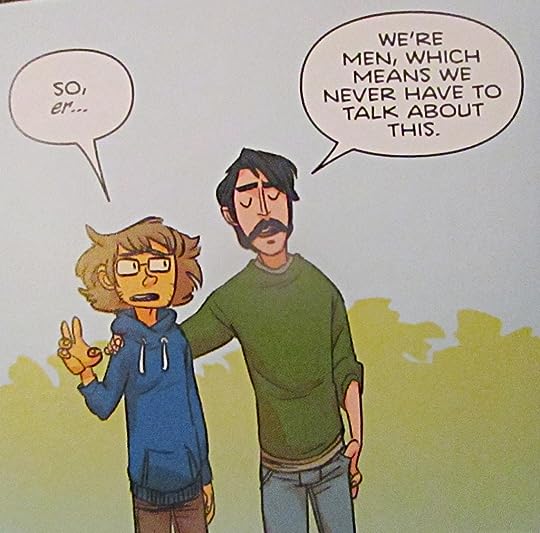 i’m digging this, and even though the art hasn’t won me over yet, i’m in it for the long run.

thanks, various goodreaders, for showing me the light!

*********************************************
in a world where math always makes sense, this would have gotten four stars cats. but it gets an extra star cat for surprising the crap out of me. ‘cuz i’d seen this series reviewed favorably all over the goodreads, and it has been recommended to me a number of times, but i’d flipped through it before and completely hated the artwork, which looked like some newspaper comic strip and didn’t interest me in the least. but i finally gave it a shot and WOW! i loved the story and the characters, even though i’m still not sold on the art. so – five stars cats for the shock of liking it so much that i’ve already read the second volume and once again find myself stuck in that limbo of want and wait. 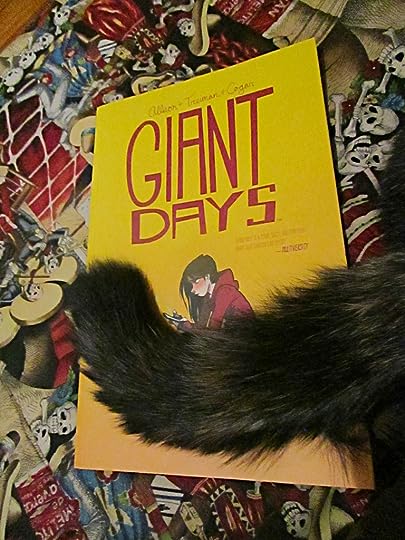