Father Christmas: A Wonder Tale of the North by Charles Vess
My rating: 3/5 cats

Hush now, children. Hush. Listen carefully, or you will never know how young Nikolas became your beloved Father Christmas, will you?

this story was a bit too dull and “safe” for my tastes, compared to the darker delights i have enjoyed from these tor.com freebies. on the one hand, it’s sweet and moralistic enough that you could read it aloud as some family christmas eve storytime tradition (and it’s long enough that the younger kids might fall asleep in the middle of it so you can hit up all those tasty cookies and milk left by the chimney), but on the other hand, it feels like a christmas story, all dusty and bland like a perfunctory present from someone who doesn’t know you very well:

Still Nikolas was not content, and so he continued on* and ventured far and far out into the world and saw there many things. Chief among them were greed and malice and war—always, endless war. But here and there he saw too great kindness ministered from one human unto another, and he was then made glad deep in his heart. And because of that he resolved to do what he could with his strength and his skills to encourage the same kindness in all whom he met.

that’s just a bit more treacle than i enjoy in my reading. but there’s an additional stumble for me because this very beige-toned Story of Christmas is unconvincingly grafted onto a fairytale story that feels almost like a collage with trolls and twelve daughters summoned out of wood and magic pebbles, representing the months of the year, and animal helpers and abstruse rules with disproportionate punishments for their transgression, and a persephone-like arrangement of time spent between realms, and underground imprisonment and really casual royal absolution considering the extent of the punishment…

it’s as muddled as cider.

and you can say “troll queen” all you want, and i will hear “goblin king” every single time.

which, considering this story also involves the kidnap of a child into a fantasy realm, is not entirely my fault.

it’s not awful, but there wasn’t anything in it that stuck my my ribs. i gave it a three because it’s christmas and all (or it was when i read it, before i managed to get MORE THAN FORTY reviews behind…) but it’s a generous low three. maybe i am just a grinch.

and that’s how you deflect.

* twenty years or so later, EVERY TIME i see “continue on,” i hear janine kishi’s voice in my head: “‘continue on’ is redundant.” 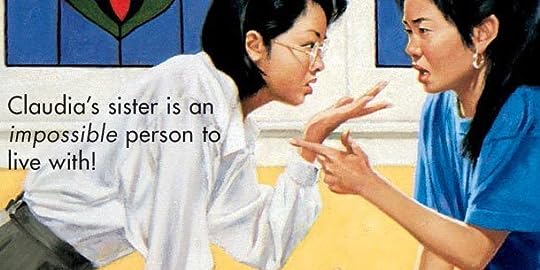 now THAT’S the power of literature. 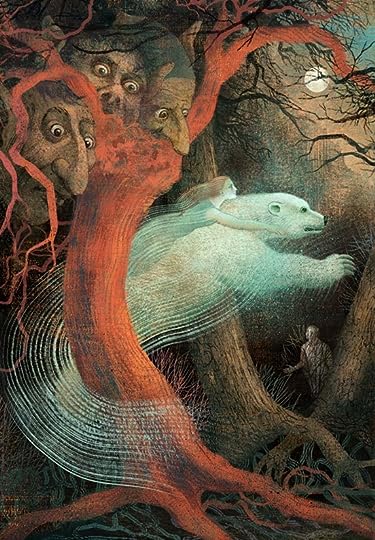 there are actually several other christmas-based tor shorts for your holiday reading pleasure: