DUI: How to Avoid a Drunk Driving Arrest and Conviction by Franklin Pierce 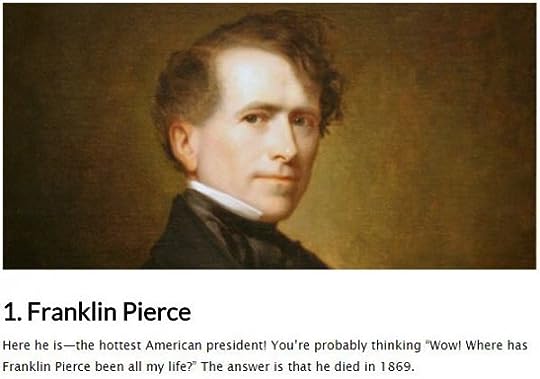 which the existence of this book has disproven! come and get him, ladies!

this book cracks me up.

while this book might be written by a different franklin pierce, he was indisputably america’s drunkest president and could have written this book because he was also from new hampshire, with their whole “live free or die” philosophy that doesn’t let anyone tell them when they are intoxicated.

but pierce was fond of intoxication, it must be said.

-when he left office after his (super-successful and awesome) term was up and was asked what he was going to do now, since there was no disneyland at the time, he instead replied: “There is nothing left to do but get drunk.”

-this is his presidential portrait and probably the only reason he’s not featured on the dime or something: 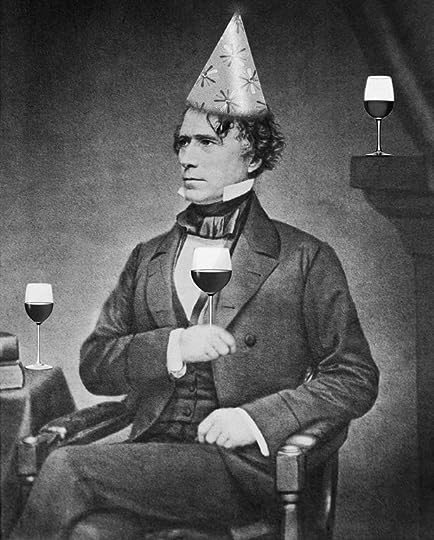 -he died of cirrhosis

– and while it is apparently apocryphal, one day while he was still president, he drunkenly ran over an old lady with his horse and was arrested before the charges were dropped because – president = baller. (and it’s likely they didn’t even recognize him at the time of his arrest because no one remembers poor franklin pierce)

but i think that these “historians” claiming that story “isn’t true” are, themselves mistaken. because:

A newspaper story from 1927 that reports on the incident in which Pierce ran over a woman with his horse notes that the president was likely drunk at the time of the accident. This accident is said to have taken place in 1853, and any potential legal charges stalled out the same year.

and as for the naysayers:

There’s a story told about Franklin Pierce and his arrest for driving under the influence of alcohol. According to the story, Pierce was coming home from drinking at a friend’s house, and was under the influence of alcohol. His carriage struck an old woman, badly injuring her. Police were summoned and arrested Pierce, but when they discovered his identity, they let him go. This story has been repeated in a number of anecdotal books about presidents, including Secret Lives of the U. S. Presidents by Cormac O’Brien, usually without any significant source. I have personally searched through a number of biographies of Pierce, but could not find anything written about this incident or any credible source for the story.

The story is almost certainly false, according to historian Peter Wallner, author of Franklin Pierce: Martyr for the Union. According to Wallner, “the fact that there are no newspaper stories about the accident and it wasn’t mentioned in any correspondence convinced me that it probably didn’t happen.”

ummmm, did you not see where the article cited “A newspaper story from 1927?”

are you doubting reference.com, peter wallner?? NEVER DOUBT THE INTERNET!

so this is what we have learned today:

franklin pierce – totally alive (as of 2007, anyway) and still sticking it to the man, new hampshire-style. 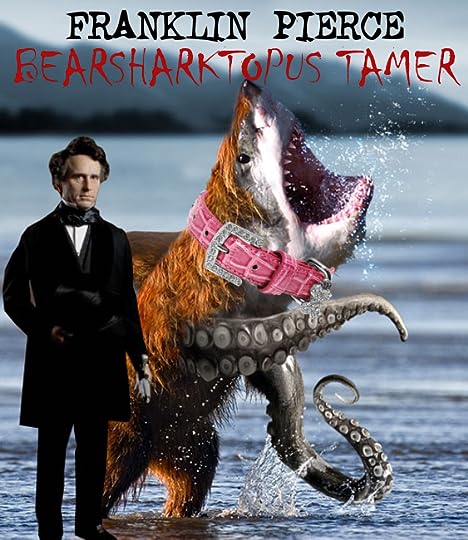