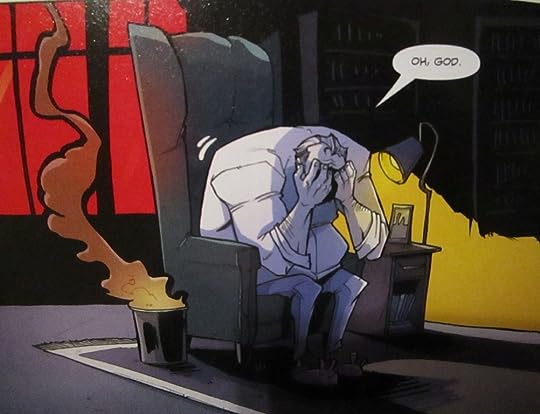 man, so here we are again—all caught up on chew with no more chew to look forward to for a while. however, since the next book will be the LAST book, i may go full-nerd and buy the comics as they come out individually instead of waiting (im)patiently for the collected graphic novel. which is a financially irresponsible thing for someone with money woes to do, since i will still have to buy the graphic novel for completion’s sake, but kanye didn’t get where he is today by making cautious and sensible decisions. from now on, i live my life WWKD-style. which is convenient, since we share an initial, if not a tax bracket.

things are happening.
so many things. 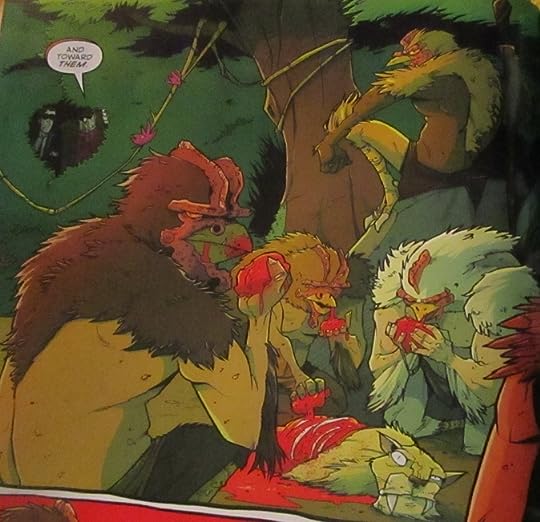 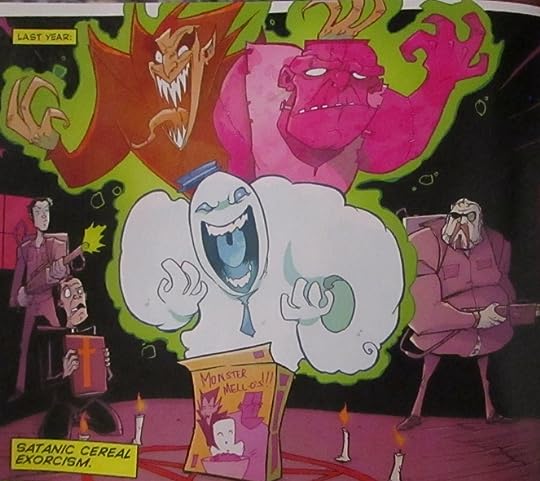 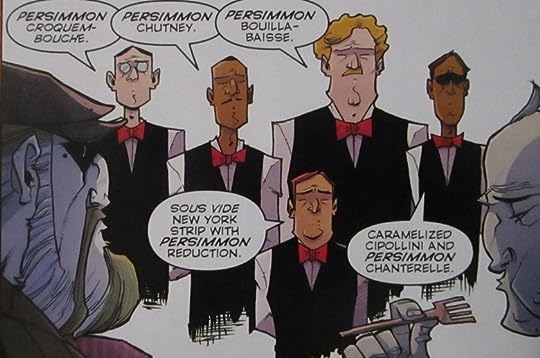 urinary things (maybe a spoiler for something that happened in #9, but out of context, in this series, who can even say what is going on? i will be thoughtful nonetheless) 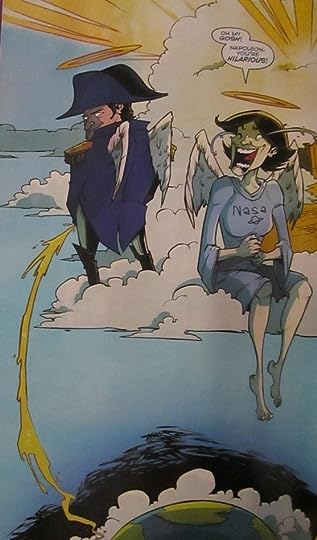 and spoilery things (specific to this volume) 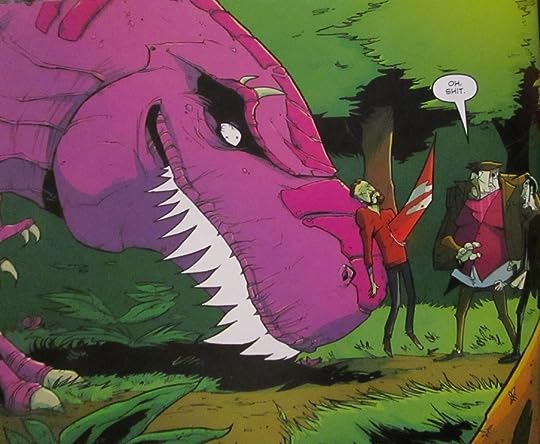 but of course, my favorite things are all the angry tony things. man, he is such a sullen cranky teenager around savoy. 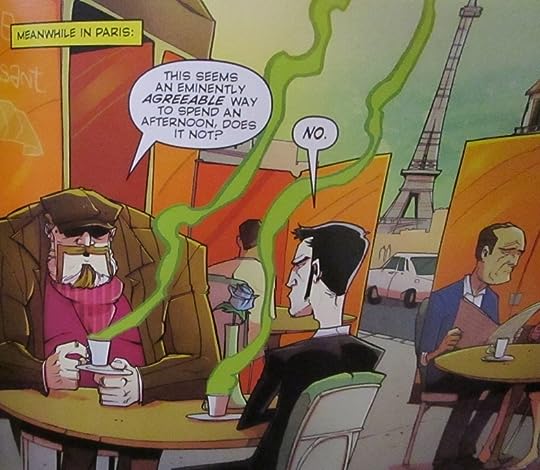 come on, tony—forgive and forget! View Spoiler »what’s one ear devoured between friends? « Hide Spoiler you don’t see will graham sulking through paris! florence, maybe, but not paris!! 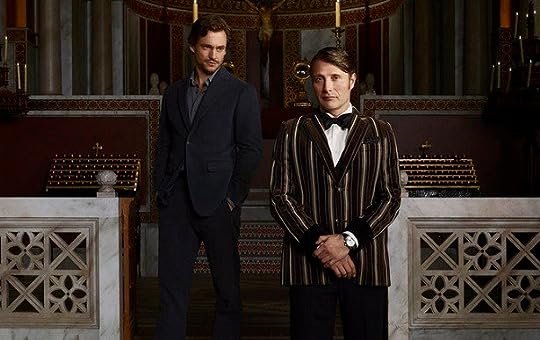 i have loved watching the relationship between these two change over the series, and—more to the point—i have loved getting the background scoop on savoy’s motives. he’s got some plans this time that are going to change everything. 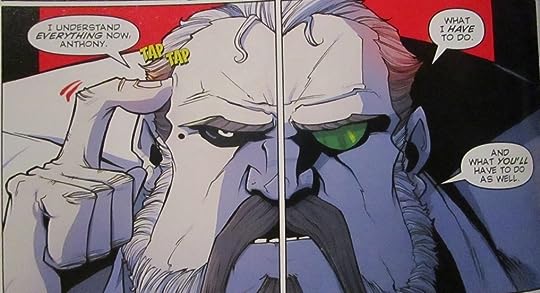 this is the portal to spoilertown, so enter at your own risk: 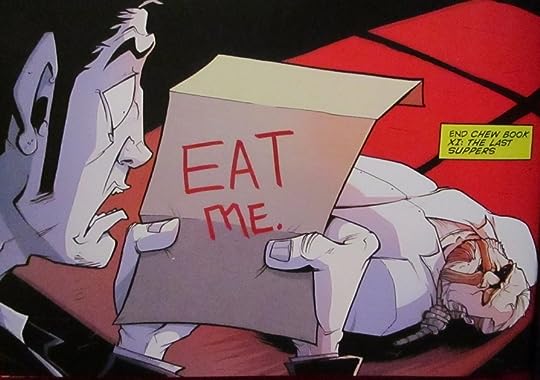 THAT IS NOT WHAT THE SHIPPERS MEANT!!

only one more adventure to go. (or five, if you’re in kanye mode)

ALSO—one very fun & frustrating thing about this book is that it includes the chew half of the chew/revival crossover/switcheroo, which is weirdly and fortuitously the only other comic series i read. so while i love seeing the revival characters basically looking like funko versions of themselves:

and the one panel of tony chu in revival mode looking like he’s just some dude on the subway (and barely angry), 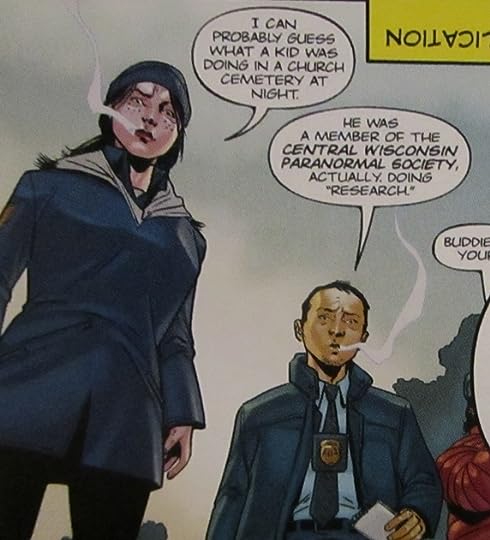 i do not like being teased! fortunately, despite my money woes, i can afford the two bucks or whatever that this crossover thingie costs, and then i can start tracking down all the poyo adventures and read those to get my chew fix until—snif—the end.

in closing, you gotta love a series cheeky enough to use assessments like this one in their back-cover blurbs: 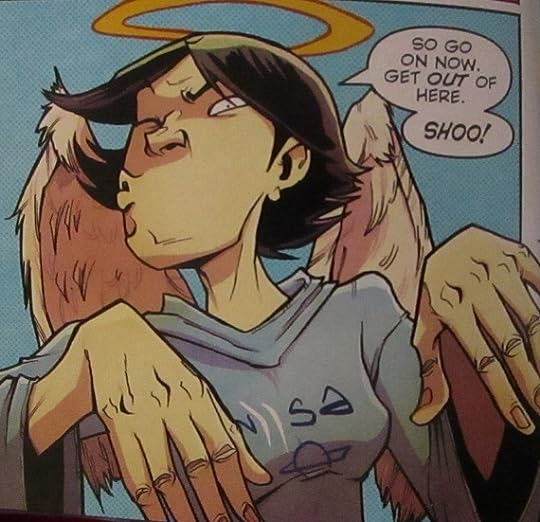