Blackout: Remembering the Things I Drank to Forget by Sarah Hepola
My rating: 5/5 cats

this memoir was pushed on me by someone who kept stressing how honest and funny and brave it was, and i read it as a favor to her, but i was unprepared for just how much it would suck me in, make me laugh, and completely charm me.

i don’t read a lot of memoirs. i have enough trouble keeping up with the crap my own life throws at me, and it doesn’t give me comfort or make me feel empowered to read about other people overcoming their problems. and i don’t have any personal experience with alcohol addiction, so i didn’t think there would be anything in this book that would make me nod or squirm in recognition.

but i was so wrong.

because it’s about so much more than hepola’s drunken misadventures and morning-after regrets or her long stretches of blankness where memories should be. there’s plenty of that, but it’s also about all the funny and horrible things that come with growing up as a girl and dealing with various social situations and body dysmorphia and all the ways our perceptions of our behavior differ from the way we come across to others whether we are sober or not, and she’s merciless and incisive in her observations and good lord – her VOICE!

her writing is this perfect blend of confessional slumber party storyteller and broader view commentator on the mechanics of the blackout experience that is completely seductive, and even though i was about a hundred pages into another book when i picked this one up intending to just get a sense of her writing, suddenly i found myself several hours later, having abandoned everything else in favor of curling up in my bed and devouring the entire thing because i could not stop reading it. i needed more of her story. and not with the gleeful voyeuristic trainwreck schadenfreude of “how will she fuck up next?” but with genuine appreciation for how funny she is. not “i’m chelsea handler and i’ve wet myself” funny, but actually funny. jenny lawson funny. there’s the same kind of “warts and all,” lack of vanity here. she’s way less kooky than lawson, but there’s a freedom to her writing which, combined with smart and funny – is completely intoxicating. if you will excuse the word choice.

even though i have never blacked out from drinking – never lost time, never returned to my life to find myself having sex with a man i didn’t recognize, i have had several seizures before, unrelated to alcohol. i have woken up confused, mind racing to fill in the gaps of my last memory and how i ended up covered in blood and pee on the floor of my apartment, and every time there is a rush of helplessness and fear barreling through me but also a completely rational calm feeling overriding it where my brain’s first impulse is of self-preservation, of refusing to acknowledge a weakness – “do not let anyone know that you have lost control.” even though in my case, it’s a moot point because of all the twitching and flailing. but she articulates this so well in the book – the terrifying feeling of not knowing what is going on, but covering it up with a purr and a tightly-controlled veneer of composure while her mind is whirring to establish a graceful exit so she can examine the evidence in private. i can completely relate to this instinct to present an unruffled appearance in the face of the sudden realization that you have taken too much and gone too far. never let ’em see you sweat, sure, but never EVER let them see how fucked up you are. never be a target. and while she does put herself in the target position time and again, and bad things certainly do happen, she is lucky enough to have lived to tell the tale with all of her limbs and her sense of humor intact.

Once I’d gotten so blasted at a party I woke up in a dog bed, in someone else’s house.

“Do you think you got roofied?” my friend asked me.

“Yes,” I told her. “I think someone slipped me ten drinks.”

but she is also capable of frank and clear-eyed self-assessment that makes me want to push this book at all the college-aged girls in the world:

Sex was a complicated bargain to me. It was chase, and it was hunt. It was hide and seek, clash and surrender, and the pendulum could swing inside my brain all night: I will, no I won’t; I should, no I can’t. I drank to drown those voices, because I wanted the bravado of a sexually liberated woman. I wanted the same freedom from internal conflict my male friends seemed to enjoy. So I drank myself to a place where I didn’t care, but I woke up a person who cared enormously. Many yes’s on Friday nights would have been no’s on Saturday morning. My consent battle was in me.

her musings on body image are particularly great. and honestly – when this: 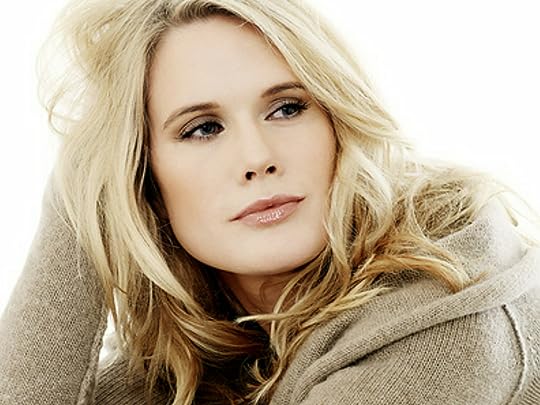 is one of your best friends, it’s pretty hard to not feel like this 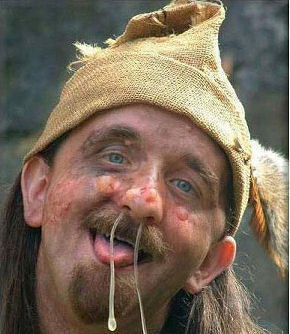 i mean, i imagine.

anyway – this book is great. it surprised the crap out of me by being so great, and i urge you all to check it out. i’m mostly speaking to the ladies here, because it is such a wonderful psychological cross-section of female experience, but fellas are also welcome.

this is her blog, which also has some good stuff on it: