In every crime scene every one of me was looking at, he lay face-down on the floor with two bullets in his back.

this is a neat little futuristic sci-fi noir story in which crimes can be solved by accessing any number of possible timelines by a detective with a heisen implant stuck in their brain. in this story, we have detective o’harren, a woman working in future-chicago, confronted with a corpse of a bootlegger and mobster called johnny rivers.

the story is full of the language of your typical noir:

It was one of those drab Chicago winters, the kind where every sunrise brings fresh bodies on the sidewalks.

but also full of those brain-boggles that occur when authors get a little frisky with the quantum physics:

Other universes closed around me. I clung to the possibility thread that I had plucked out from the throng, visualizing it as a literal rope clutched in my fist. I felt like I was falling—the walls lurched briefly into the ceiling—then all at once I stopped, and I was standing in the basement—just one of them—listening to the faint wash of traffic on the street outside.

it’s an interesting and thought-provoking little story that playfully subverts the noir genre and also inserts a little emotional drama about the consequences of being able to see not only the future, but a variety of different futures, and how that can really put a strain on a marriage. and it’s also got a nice pop of an ending.

the whole schrödinger’s cat thing is always a fun little mindgame, and can be a fun physical game if you have one of these things that i bought for greg.

and while most of the comments on the thread following the story on the tor site seem mind = blown by one of the cool lines in the story, i preferred this one:

That’s one thing they don’t tell you about Schrödinger’s cat: you leave the lid on the box too long and the damn thing starves regardless. No quantum possibilities required.

but you make up your own mind. 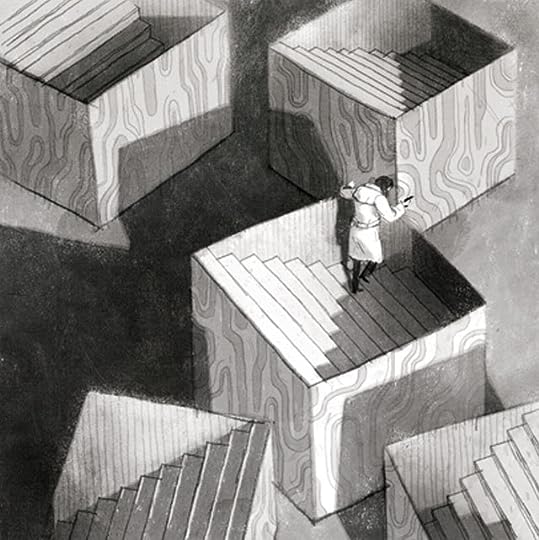