Beyond the El by John Chu
My rating: 4/5 cats

It’s fine, perfectly cooked even, but it’s no more than that. It doesn’t taste like Mom’s. They never do. He can diddle with the flavors. Hell, if he put his mind to it, he could make the dumplings taste like a crisp, tart apple tinged with cinnamon and cardamom. What he can’t do, at least not yet, is make them taste like the ones he remembers, the ones his mom made when he was fourteen when she wouldn’t show him what to do no matter how much he begged.

another lovely, sad free tor short. the bits that qualify it for genre-inclusion are protag connor’s food-crafting skills, which, in this world so damn close to being ours, is an almost casual kind of magic where he and others with the same training enrich the experiences of diners at a high-end restaurant; bringing individual ingredients to their ‘bliss points’ in the kitchen behind the scenes, and—more theatrically—cooking steaks to perfection tableside with just a wave of the hand. i’m not sure why, if this option exists, it wouldn’t be something used to ‘perfect’ the vegetables before they even make it to the restaurants but that’s a question for another story, because the magical bits could be taken out of this story altogether and you wouldn’t even miss them. this is more a story of grief, toxic family relationships, and nostalgia, specifically the food-related nostalgia of a mother’s cooking, and the elusive (and perhaps illusive) recapturing of that flavor, even for someone who can make food taste like anything.

i myself cannot make food taste like anything, nor can i make a meatloaf that tastes like my mom’s, AND NO ONE CAN HELP ME. so, yeah—i understand connor’s frustration. i don’t have a handsome band singer to soothe me, nor an abusive sister to give me more reasons to need soothing, but with that food-ability, connor’s still one up on me.

i’m off now to make a boring old pork loin in a slow cooker like a no-magic-having chump. 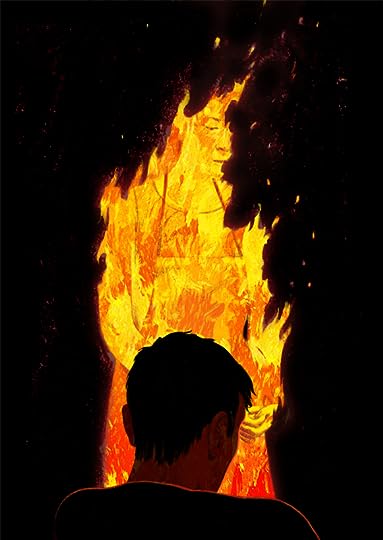