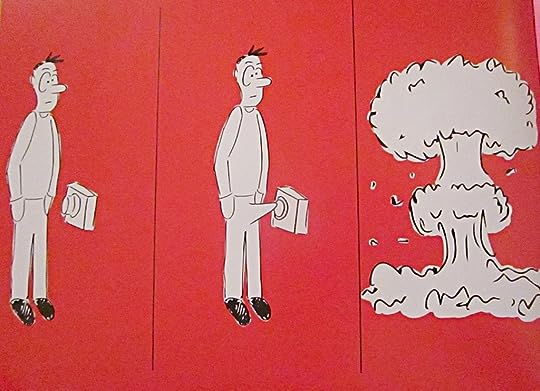 this book gave me whatever the opposite of a boner is. for a girl.

i’ve been reading and reviewing lots of these little humor books lately, because i need some laffs. and i am a girl who sees the word “boner” on a book and expects that giggles will surely follow.

but that did not happen.

the concept is simple: when would it be an awkward time to get an erection? and then there are over 100 examples. 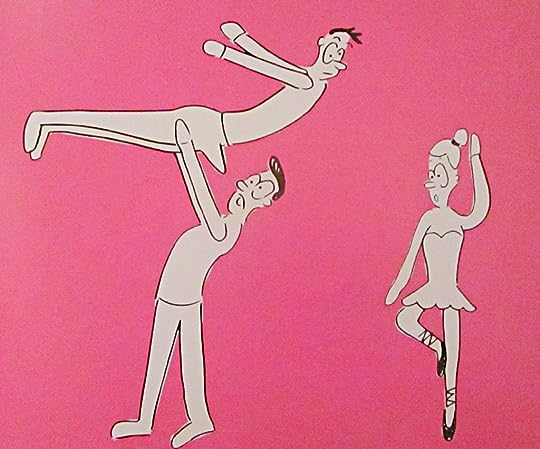 however, not only is the artwork not to my personal taste (badly drawn boners, am i right?), but the same joke is used over and over and over: 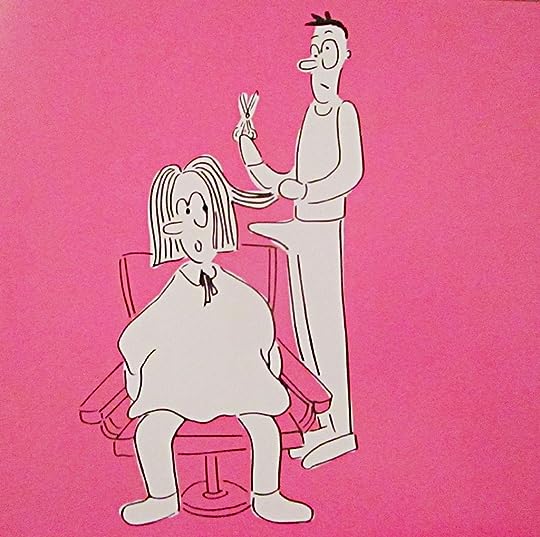 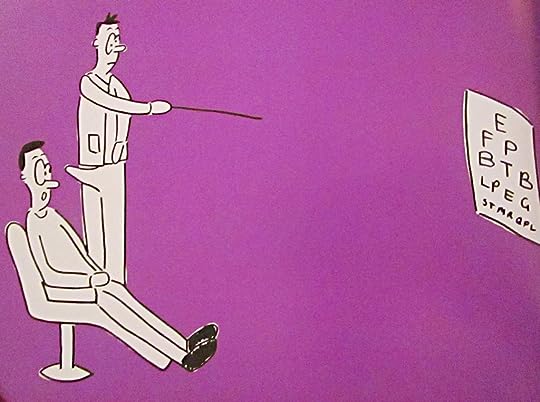 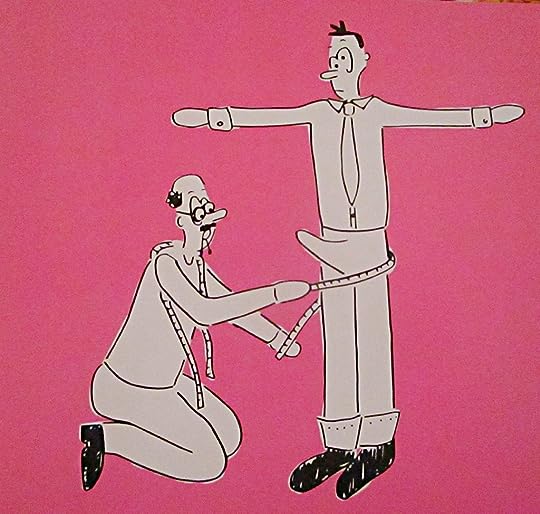 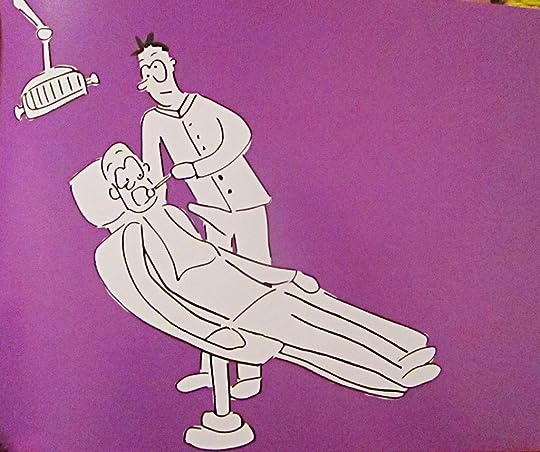 it’s just uninspired, if “inspiration” isn’t too lofty an expectation to have for a peen-centric humor book. it’s not all variations on that one joke, but too much of it felt same-y and unimaginative.

and if someone could please explain this one to me—i don’t even know what’s meant to be happening here: 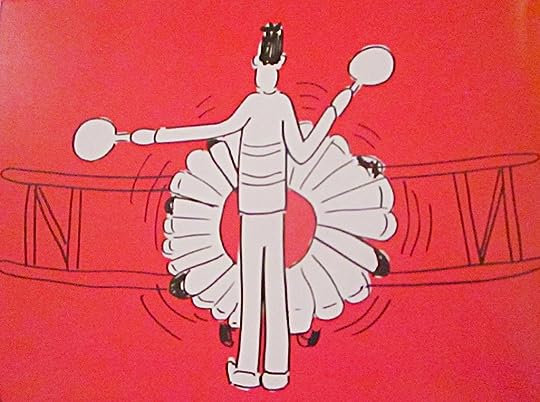 i was so frustrated with the meh of the artwork, i found myself crankily applying way too much logic to the situations. like this one: 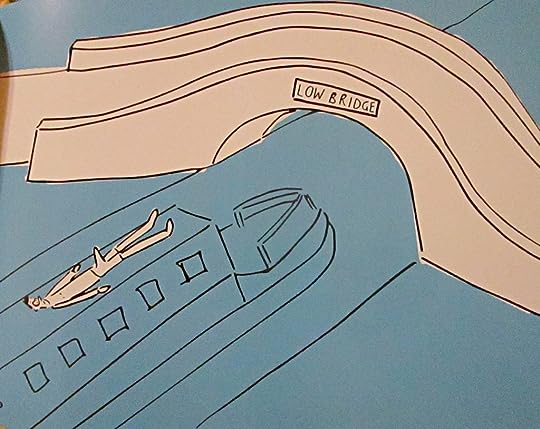 this is an unlikely scenario. and honestly, the boner is the least of this guy’s problems. i don’t know anything about him, but i suspect he is someone who consistently makes poor choices. 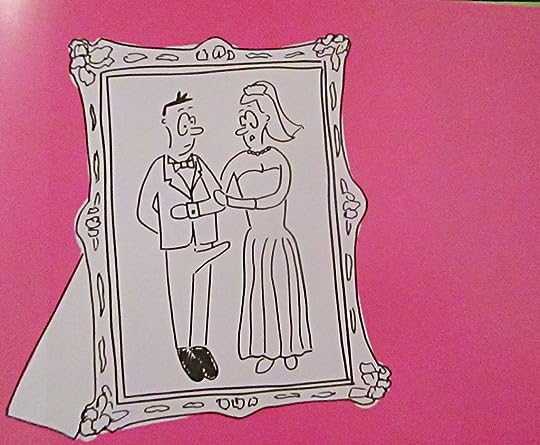 just think about roadkill for a while and take another picture, dude. although, it is kind of romantic, i suppose.

but you see how i turned into a logic-grump? and that is no way to enjoy a boner.

i’m not sure what a successful version of this book would look like, but for me, it would have better art and more boner variety.

there was only one i liked, and it’s just because i’m such a sharkfan: 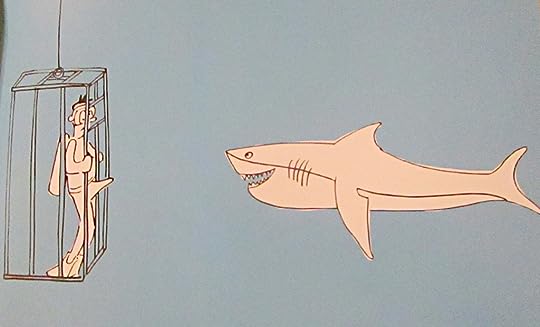 hopefully this book hasn’t soured me on the hilarity-potential of boners in general. that would be a tragedy.