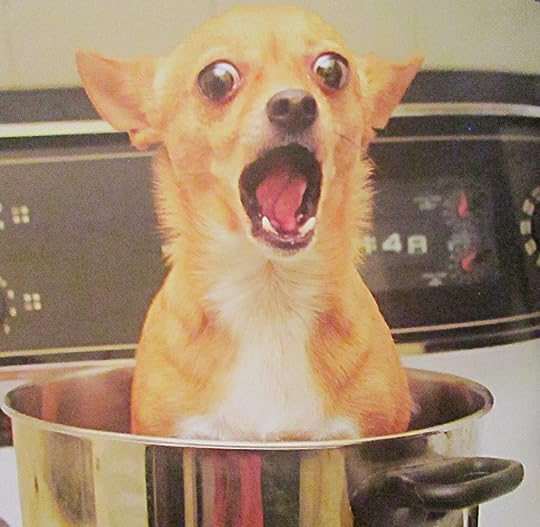 this book is on the bottom of the totem pole of humorous animal books with content recycled from royalty-free internet sources; shutterstock, istock, getty images, etc..

the pictures themselves are great – who doesn’t like adorable doggies? but i much prefer something like Dog Shaming, where ordinary humans have submitted pictures of their pets being naughty in a naturalistic way instead of something like this, that is more professionally photographed, but often just feels staged and soulless.

one does not just happen upon this scene with camera conveniently in hand. unless one lives in a pixar film: 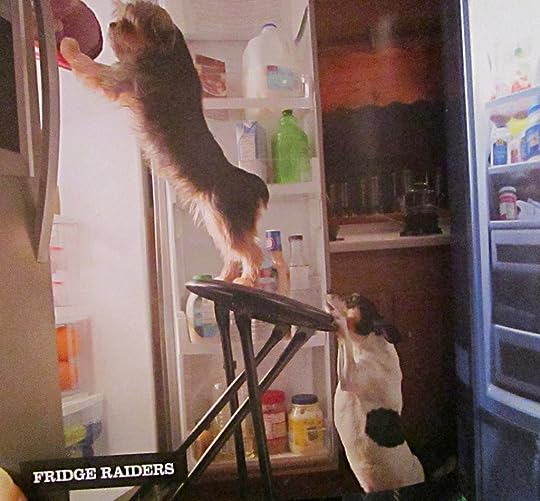 and if you can tear your eyes away from the boobies, you will note that there are no doggie footprints leading from the bikini-babe to the “guilty” dog. i cry foul! 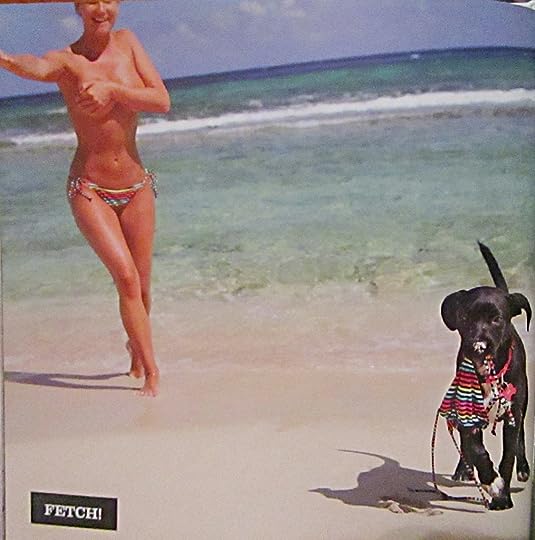 there’s more artistry and hi-def resolution here, but it loses all charm and spontaneity, and it features generic, phoning-it-in captions.

it also lacks a commitment to its theme. many of these dogs are not being bad at all! here’s my mathematical breakdown; of the 108 photos, i have determined the following:

dogs either not being particularly bad, or just doing stuff a dog does: 51

dogs clearly staged to look as though they are being bad: 24

some of the “bad” ones are also likely staged, but math is not an exact science.

in fact, here – just in case you mistrust my judgments, i will break it down for you all granular-like because i prioritize my time poorly. i may have changed my verdict on a few of these between the time i first counted to this more detailed itemization, but i’m not nitpicky enough to go back and make sure the numbers match up. this is why it’s good i’m not in charge of building bridges or anything. 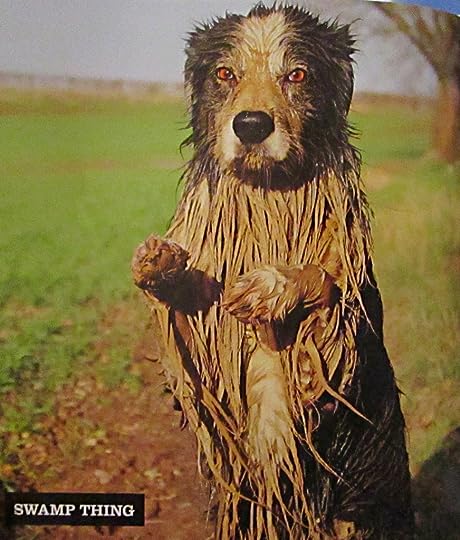 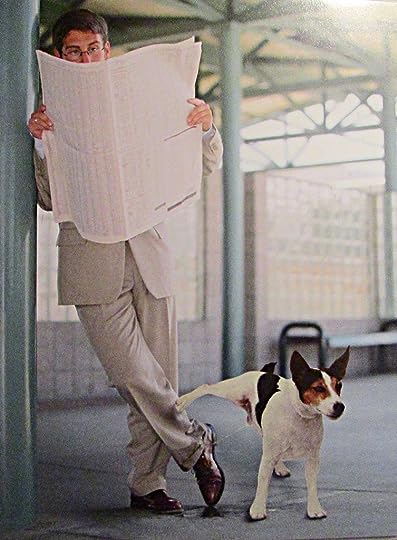 7) dog chewing on leather wallet – bad
8) dog face-planted in another dog’s butt – not bad
9) dog sitting on cat – not bad
10) dog just … standing there. maybe in a birdbath?? maybe a miniature koi pond?? not bad. 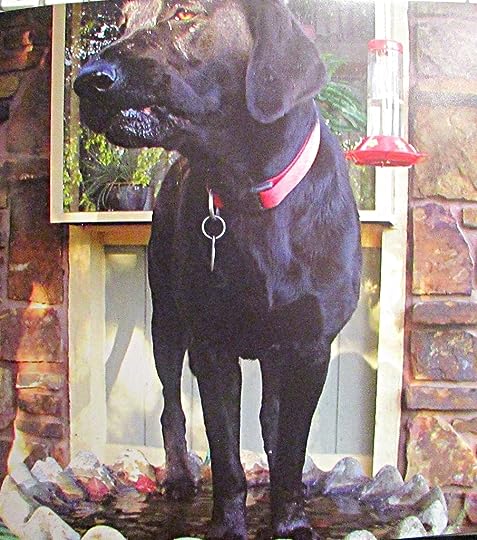 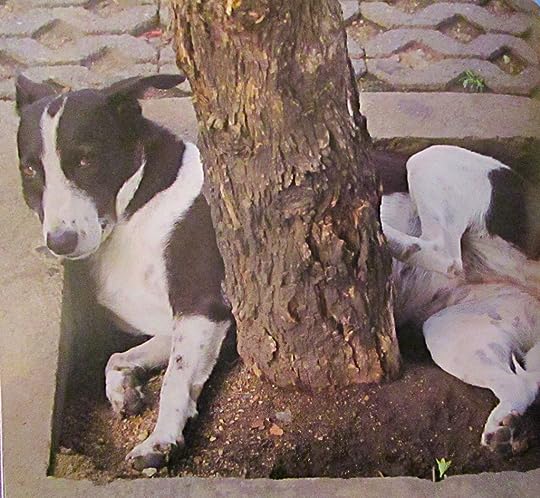 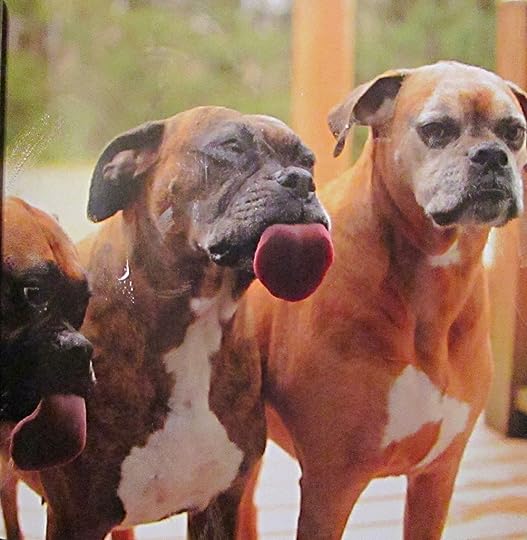 13) dog eating shoe – bad
14) dog posed atop a pile of chewed shoes. bad, but likely staged.
15) dog sitting on grill. i think i said bad for this one 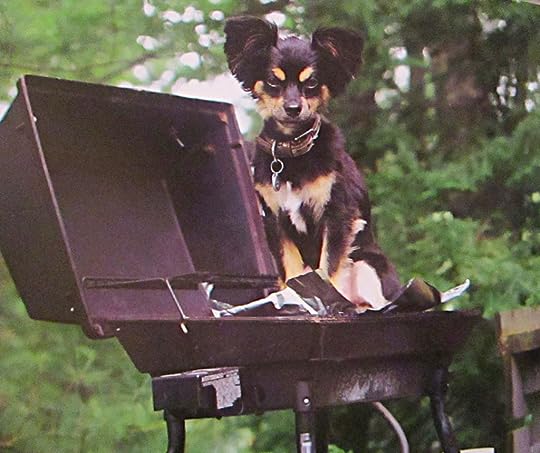 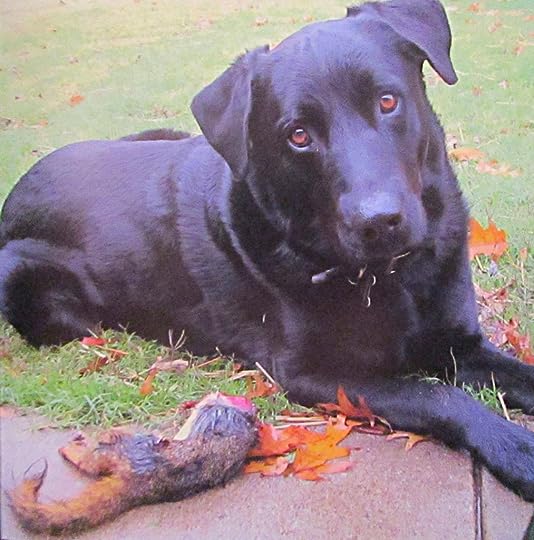 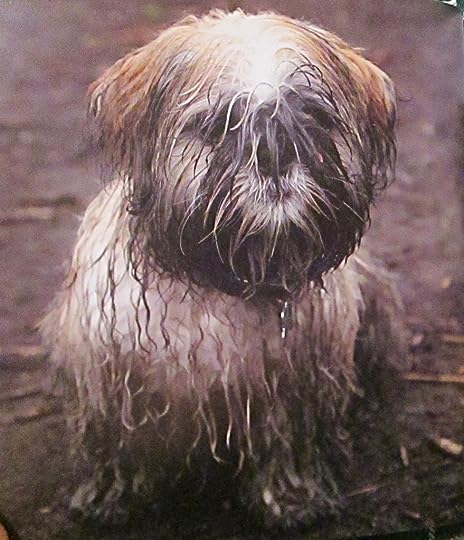 18) dog standing on a horse’s back – not bad
19) dog stealing sammich – bad
20) dog posed with its owners finger in front of its face, upon which a hipster mustache has been inked. dog = not bad. owner = stupid.
21) bikini picture (see above) – staged
22) dog chasing goose – not bad
23) dog playing with basketball – not bad
24) dog putting its butt on some giant kind of ball – not bad
25) dogs playing enthusiastically, teeth bared – not bad
26) dog jumping in the air by the ocean – not bad
27) dog covered in ripped up couch stuffing – bad
28) dog on couch covered in feathers from split pillow – bad
29) dog drinking from toilet – bad
30) dogs playing with whiskey measure thingy – i think i said unclear. likely staged – feels like an advertisement
31) cute dog eating yarn like spaghetti. not bad? 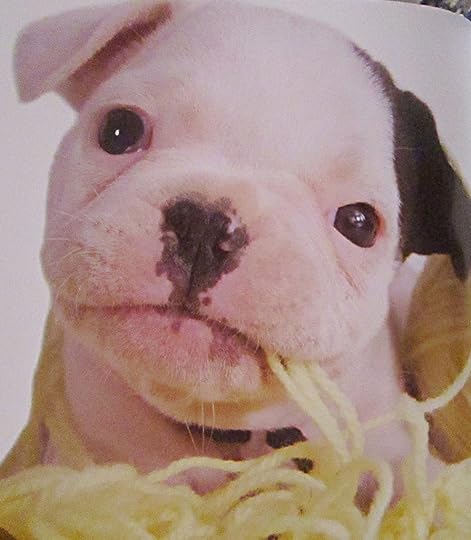 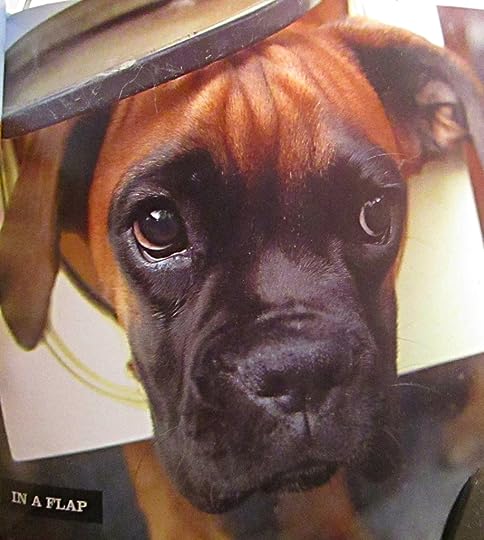 43) giant dog on couch – not bad
44) dog on its back, showing off its tummy (and goods) – not bad
45) dog sniffing at grocery store circular next to a shopping list that reads “dog treats, rawhide bones, cheeseburgers” – staged
46) dog surrounded by spilled kibble – bad
47) dog lolling in a hole (or an open grave) clutching a flower. not bad 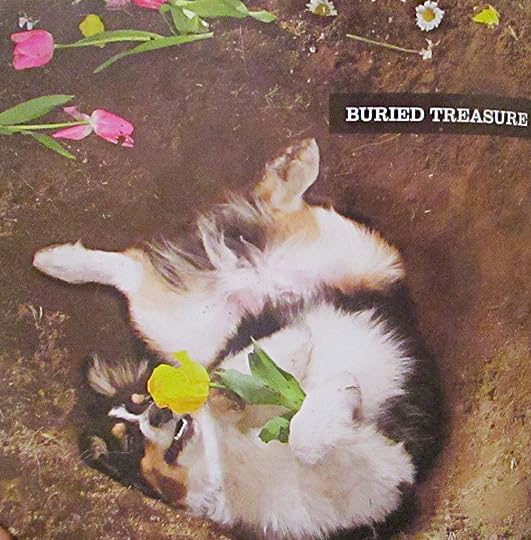 48) dog getting into potted plant and making a dirt mess – bad
49) dog with chewed, headless barbie – bad (also a possible hate crime, since it’s a black barbie. although the dog is black, too)
50) dog and cat playing – not bad
51) dog sitting in mud puddle – not bad 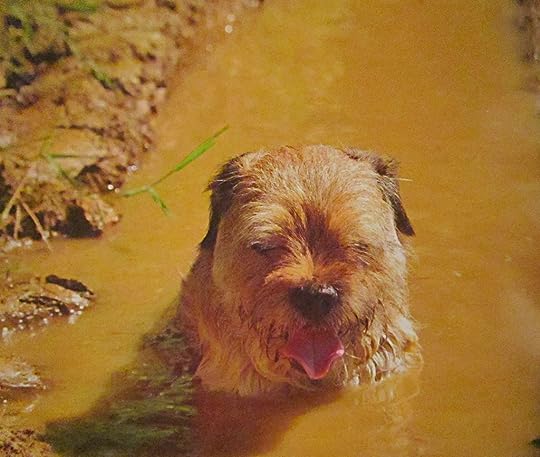 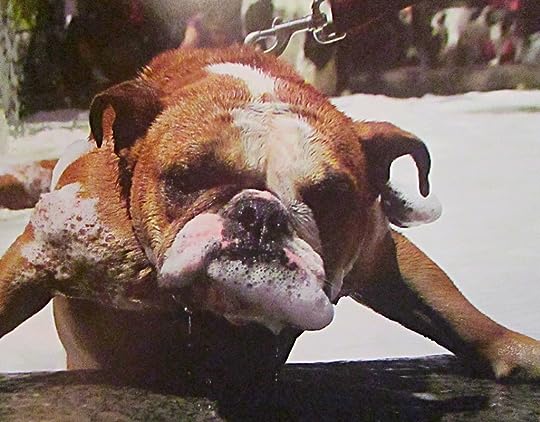 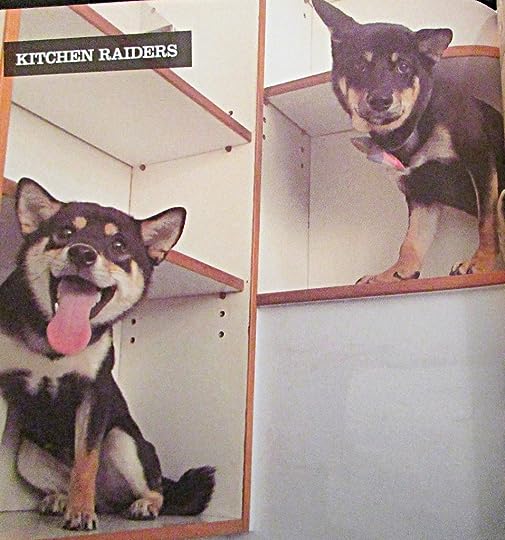 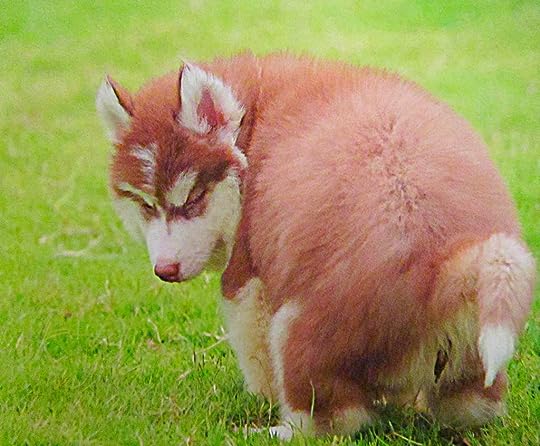 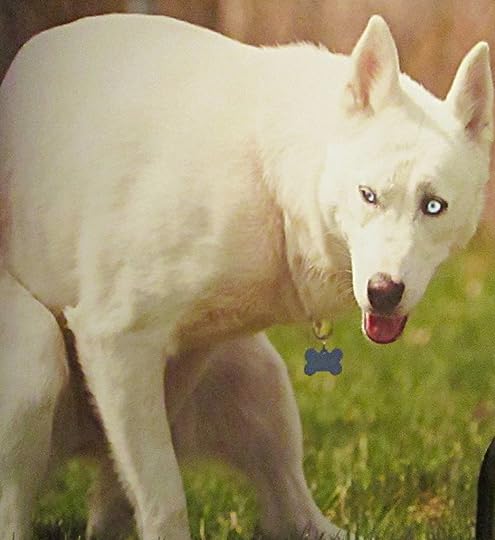 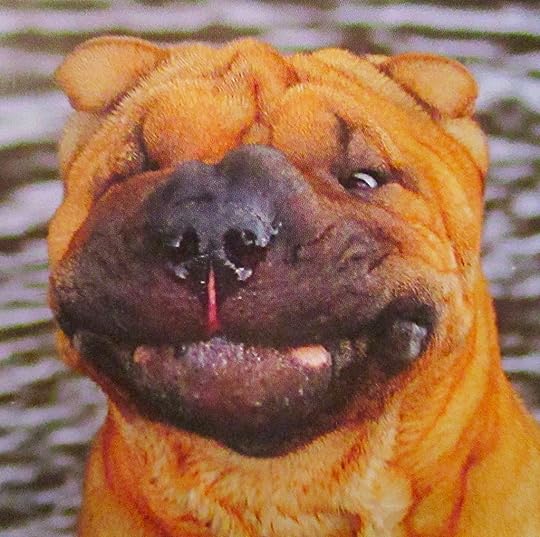 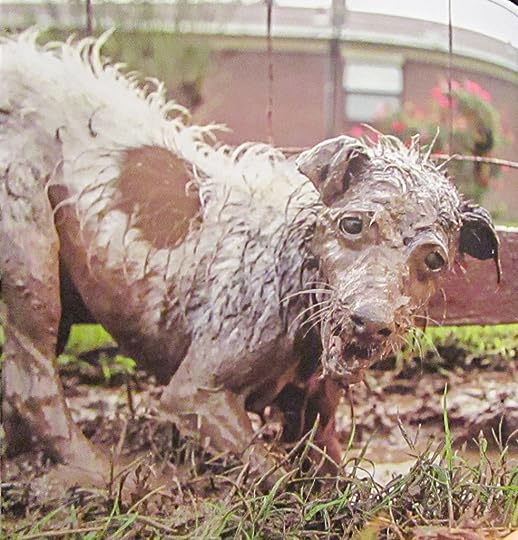 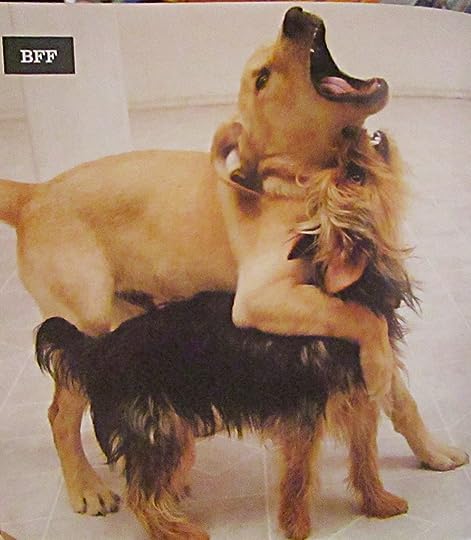 90) dog and cat playing – not bad
91) dog tearing into treat box – bad
92) dog eating cake – bad
93) dog amid chewed up homework – bad
94) dog with chewed up magazine – bad
95) dogs playing with dog toy – not bad
96) dog holding leash of smaller dog in mouth – not bad/staged
97) dog wearing seaweed on head to resemble dreads – not bad
98) tiny dog in office chair amid much destruction, some of which i do not think a dog so tiny could have done. verdict – staged 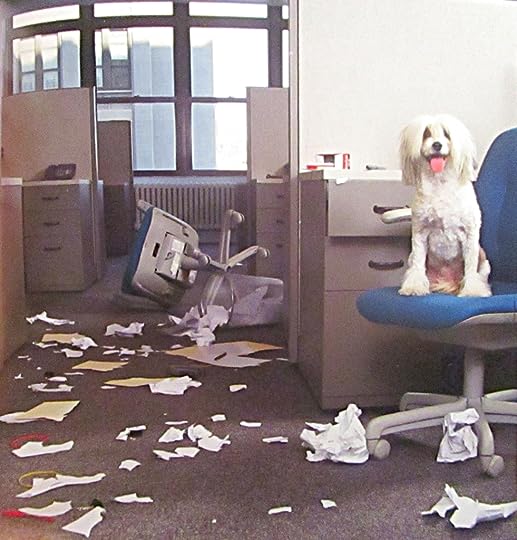 99) dog near paint tray, covered in paint. bad, although likely staged, due to the lack of anything else in the photo/editorial framing 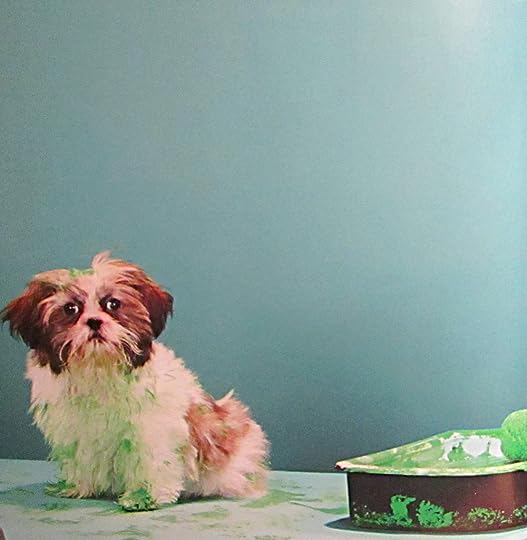 and there you have it, i have spent a lot of time “reviewing” a book that in no way deserved this much time being devoted to it.

it gets three stars cats instead of two because the pictures are adorable, but it is not a necessary book in the slightest.