Dying scared her. A lot. The idea of it was so impossibly big and black that she couldn’t even hold it in her head. But it didn’t scare her enough to break the faith—not when her name had been the one drawn.

this is a pretty devastating short story about the consequences of war; one which forces a look at the small details often lost in the big picture—the individuals making up the body count. it sets up a philosophical dilemma for those in power meant to confront the human cost of their decisions—if you are willing to consign your distant ‘enemies’ to death with the simple push of a button, killing countless innocents along with your presumed adversaries, first you gotta get your hands bloody by extracting the codes to enable that button-push out of one of your own people—a young child’s living body. the psychological ramifications are nightmarish, and gorgeously wrought in a stunner of a short story. this is told from the POV of the child herself, but i would love to read a companion story, from an alternate POV, because i think she would write it so shatteringly well.

here is a twitter thread about her inspiration for the story: 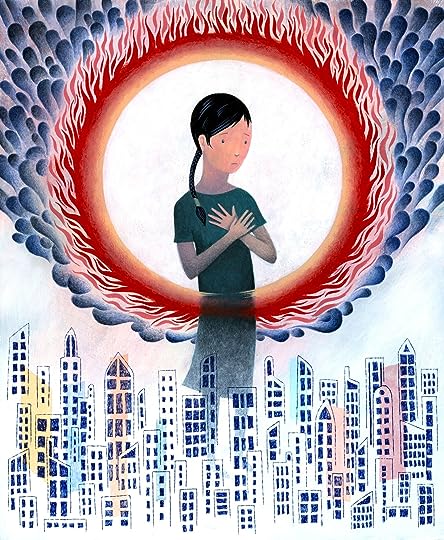