and *yes* i know i still haven’t reviewed my reread of Bunnicula from october because i am suck.

i could have sworn i’d read this when i was little, but after checking the pub date and noting the four-year gap between this and the previous book – The Celery Stalks at Midnight, i think i would have juuuuust aged out of it.

there were no giddy shudders of recognition while i was reading it, so whether i never read it or i did and my brain reabsorbed the experience, it was all new to me!

who knows how much i would have liked it if (or WHEN) i’d read it as a miniature karen? now, reading it as a dusty old maid, i think it’s fine. there’s not much to review; it’s a scant 118 pages, many of which are full-page illustrations and the plot is pretty spare, even for a middle-grade book.

harold, chester and howie go camping with the monroes, and in the great outdoors, our animal pals still do what they do: harold just wants to eat s’mores, chester lets his imagination run wild, howie bounds around bugging chester, and bunnicula…well, bunnicula isn’t even IN this one. which i’m coming to understand is the norm, at least as far as the first four books go:

Bunnicula – bunnicula is totally in this one.

Howliday Inn – i do not think he is in this one, or if he is, it is only at the v. beginning or v. end. this is set in a kennel where harold and chester are staying while the monroes are away (man, those monroes sure go away a lot…) since there’s no such thing as a kennel for bunnies (vampiric or otherwise), i think bunnicula’s just staying with a friend of toby’s or something. this is my memory of a book i read more than twenty years ago.

The Celery Stalks at Midnight – i think bunnicula is only at the very end of this one. the whole storyline revolves around chester freaking out because bunnicula isn’t in his hutch and he assumes the worst – that bunnicula is out on the prowl making an army of vampire vegetables. i believe this is the one where chester finds a white carrot on the floor in front of the fridge and becomes quite fluffy-tailed over this proof of vampire shenanigans until it is revealed that *SPOILER ALERT* it’s just a parsnip. oh, chester! it is definitely the one where chester ruins a cake.

which brings us to Nighty-Nightmare. bunnicula appears twice, although only anecdotally – once, in a campfire origin story chester improvises about him – which chester seems to 100% believe by the end of it because he is so susceptible to stories, he even believes the ones he makes up himself. and secondly, at the very end of the book, when pete calls a friend and learns that while they have all been gone on vacation, bunnicula has been knocking tails with a girl rabbit as part of a merit badge project (pete’s, not bunnicula’s, silly!) and now there are going to be baby vampire bunnies in the near future! and also a merit badge for pete for “rabbit raising,” which is code for “animal pimpery.”

as far as the non-bunnicula parts go – while searching for a place to pitch their tents, the monroes and attendant pets meet two rough-looking brothers named bud and spud and their bulldog dawg. the animals go off on a woodsy tour with dawg, get turned around and have to spend the night in the woods, chester spooks everyone (but mostly himself) with his characteristic paranoia while howie bombards them all with puns. so many puns. chester begins to suspect dawg is getting them lost on purpose and that the monroes, left behind with bud and spud, are in danger from the men and also from spirits because why not worry about everything at once? there’s rain and a full moon and it’s nearing midnight on saint george’s day and chester’s psyching himself out with his own lapine-based horror stories and there’s a creepy abandoned house and ZERO S’MORES FOR HAROLD and dawg says some mildly ominous things that chester blows out of proportion and they find the monroe’s campsite but no monroes and is that blood??

it’s a long night, but there’s not much actual conflict. far from tensions escalating to a fever pitch, at the height of the drama, they all… fall asleep and everything is resolved bright and early the next day, and the monroes aren’t even all that concerned that (nearly) all their pets have been out in the unfamiliar woods in the rain all night. and then toby feeds harold some microwave s’mores which is a no-no on both culinary and pet-owning grounds.

it’s a mere wisp of a story. the alternate working title of this book was probably the night some pets experienced mild discomfort in the woods but it all worked out okay in the end. or that time the monroes revealed themselves to be elitist snobs. or seriously, how is harold still even alive with all the crap toby feeds him?

will Return to Howliday Inn be better? will bunnicula even be in it? are the monroes seriously going on vacation again? let’s find out! 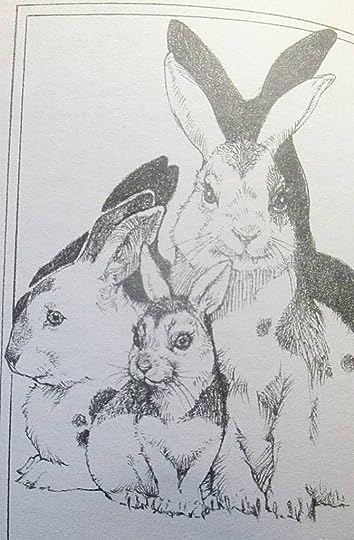 i only have one day to read this to make my monthly goal. CAN I DO IT???