World Made by Hand by James Howard Kunstler
My rating: 4/5 cats

this book is the grandma moses of all 4 star cat reviews; it came to its fourth star cat very late into its existence. it is like my slow-simmer appreciation of winesburg, ohio, but this one took much longer than two stories, this one took 3/4 of the book to win me and (this part pending) keep me.

and yet i still don’t have a handle on the tone of this book. most of the postapocalyptic stuff i have read all takes place immediately after the event—like— “oh, shit, now what??” this book is the “now what.” this is a decade after the complete cessation of oil and manufacturing and several major plague epidemics and a fucking wheat blight to boot. and things have stabilized into a newly pre-industrial, agrarian dairy farming society where people more or less go about their business cheerfully—all amish without the zipper-aversion or creepy dolls. 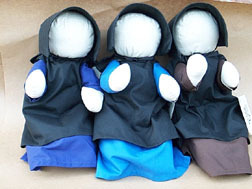 there is just something about this that feels like christian fiction, even if it is not. (and by this, i mean stereotypical christian fiction, not the good stuff that jen’s husband curates) even though it is adamantly not religious—characters frequently profess that they do not believe—which frankly makes it feel even more like christian fiction, if you get me. part of the feeling comes from the lack of character development, part of it is the extreme lack of female character development—this society is way patriarchal, which makes it feel cloistered old-timey religious, and finally, there is this gentle diffused tone for most of the book that is bland like a hummel figurine until it picks up in this weird stephen king maine-gone-mad carnivalesque way at the end. you know, when i started liking it more.

so i was initially bored with the way the story unfolded, but i had to keep reminding myself that this was a sheltered town before the events. and while some of its members came from more urban environments, this place was already very provincial. this is a paraphrase, but in a town where “yeah, i think there was a black guy here once…before”—you just aren’t going to get a richness of experience or a tapestry of progressive thinking. you are going to get…this town. where men run the town council and women stay home and can stuff. and make baskets. and offer their bodies along with their housecleaning and cooking skills in exchange for protection. and not the prophylactic kind.

and even though there are rumors of violence and race wars elsewhere, this little untouched community remains largely peaceful. sure, there is some dude living on a plantation in relative comfort while others plow his fields and whatnot in some nouveau southern gentleman slaveowner situation, and also a gang of redneck trailer park junkyard villains with eyebrow tattoos, but the most pressing concerns are fire and feeding. and getting to the bottom of the new batch of people who have moved into town with their religion and their austere dress and cultlike sensibilities, whose women are also marginalized, in case you were curious.

this is like the bible as literature—divested of its faith. there are some good stories in that book, too—didactic, but with touches of magic. and this one also reads that way. at first, that was what made it off-putting to me. because i like the gritty aftereffects of the end days, not so much the spiritual or bureaucratic ones.

but the hints of the magical throughout, just tiny little glimpses. these are what stuck to my brain bits, and despite all my initial reservations, as these moments increased, i could not deny that i was hooked. and i have the sequel here, and am very interested to see where this all goes. but to keep me on board, the magical bits are going to have to be ratcheted up to at least an 8 because i was born and raised in new england, and have been to olde sturbridge village on more formative-year field trips than i can count, and i do not need to learn anything else about making butter or milking animals or making candles. tell me more about this all-seeing hive mother, please…