What Moves the Dead by T. Kingfisher
My rating: 5/5 cats

i had food poisoning recently and spent the day in bed reading. first i read the poe-medley that was The Last Laugh, and then i read this one, which i had just gotten in the mail the previous day, making all the books that have been sitting here unread for months n’ years SO MAD.

it was a risky decision, though, because this one is ALSO poe-themed, and i was worried that i would get the two books mixed up in my dum-dum brain, or that i might get so poe-saturated that i wouldn’t be able to enjoy this book, which i’d been looking forward to almost violently ever since i first glimpsed its stunning cover, which is gonna be such great shelf-buddies with this book when it comes out: 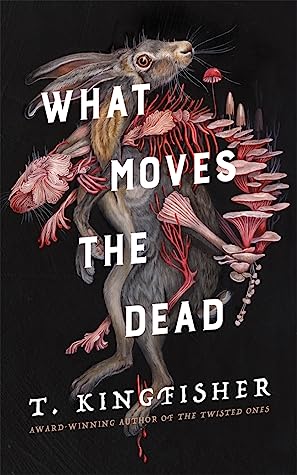 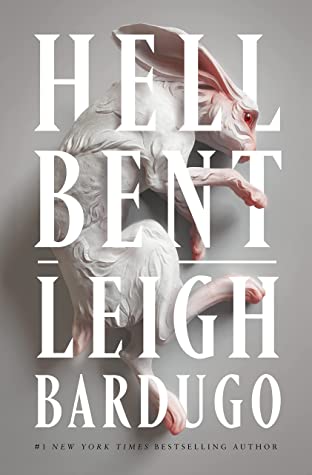 fortunately, t. kingfisher always comes through, and this The Fall of the House of Usher rework was nothing like The Last Laugh‘s treatment of the same source material, so they didn’t meld in my brain, and there was room for both in my heart.

so, you know how fungal horror is, like, a thing now?

but, so kingfisher was blithely writing this book, gaining steam and pleased with her progress…

…and then I happened to read the magnificent novel Mexican Gothic, by Silvia Moreno-Garcia, and thought, “Oh my God, what can I possibly do with fungi in a collapsing Gothic house that Moreno-Garcia didn’t do ten times better?!” and shoved the whole thing in a virtual drawer and took heavily to the bottle. (Seriously, put down this book and go buy that one. Then pick this one up again, of course, God forbid anyone not finish the Author’s Note, but make sure you’ve put Mexican Gothic on your reading list.)

As writers say to each other, “Yes, it’s been done, but you haven’t done it yet.”…and also my fungus was different, dammit…

i find it absolutely delicious that kingfisher, who has written a billion excellent books, is both (unnecessarily) concerned about her writing not measuring up and also so generously enthusiastic about other people’s writing, but the main takeaway from that is even if you are all fungi-d out, take a note from my poe-athon and make some room in your heart for this one.

you won’t need to make much room; this is trim and streamlined—a gothic novella stripped of the genre’s usual hundred or so pages spent shadowing the heroine as she stumbles down corridors weighed down by dread and restrictive undergarments.

here, we have the magnificent lieutenant easton, who is gendered as a soldier, not by their plumbing, and tho’ they do become weighed down by dread after being summoned to ruravia—the location of the crumbling manor house inherited by their “genteelly impoverished” childhood friends roderick and madeline usher—”dread” is the only rational reaction to what they find on their arrival: roderick whittled down to the bone, madeline so very pale and wispishly addled, the grounds riddled with staggering hares, the pondfish bursting with slimy fibers, the waters around them aglow.

but soldiers don’t let dread (or tinnitus) prevent them from taking action, and along with eugenia potter (aunt to beatrix, illustrator and would-be mycologist, if females were permitted to mushroom), dr. denton (but not the pajamas), and angus; easton’s batman (but not the emo superhero), easton and what’s left of the usher siblings investigate the puzzle of what’s rotten in ruravia, and What! Moves! the! Dead!

t. kingfisher never needs to worry about taking the well-trod road, because even when she does, her style and skill make her the most memorable traveler, so even when you know where she’s going, you’ll enjoy the journey AND the destination.

AND, just like Nettle & Bone, there’s a little spooky-shiny surprise hiding underneath that gorgeous dust jacket

and some kickass endpapers

nightfire is KILLING IT!