Through the Woods by Emily Carroll
My rating: 4/5 cats 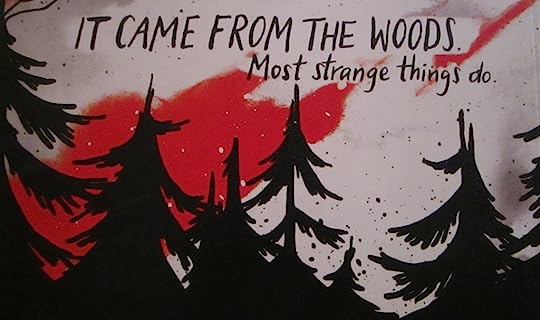 if i were judging this book solely on its artwork, it would be an easy five stars. there are five main stories, plus an introduction and a conclusion, each with their own style of illustration. it’s not that i love them all equally, but i do generally appreciate range and variety : 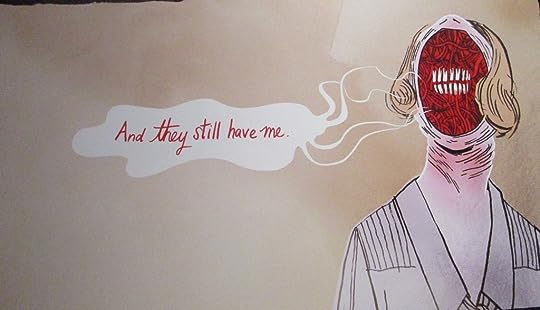 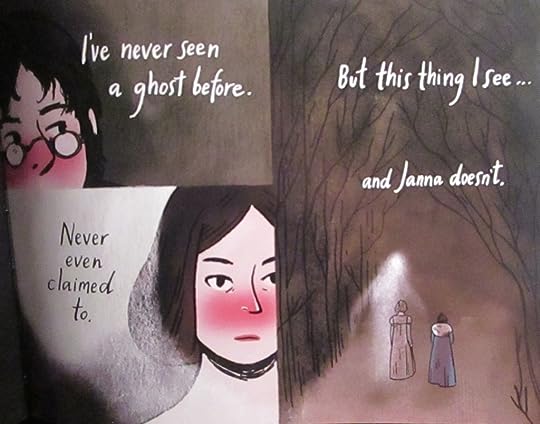 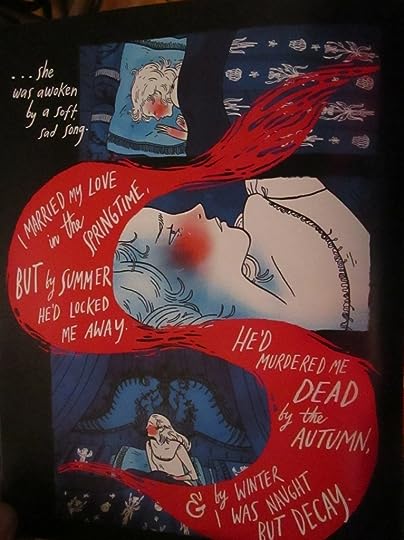 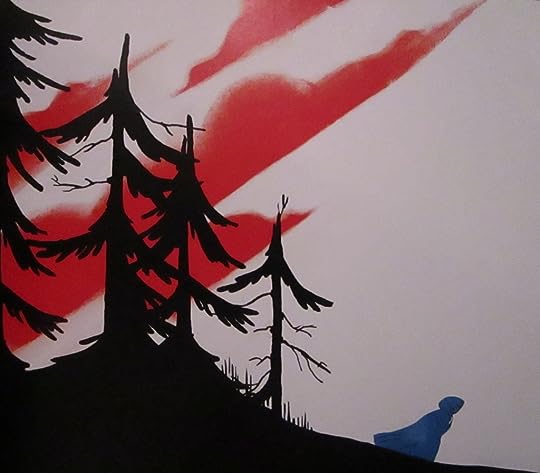 in a way, it kind of reminded me of fear(s) of the dark, a film in which several different illustrators bring their own brand of creepy to life through unique animation stylings: 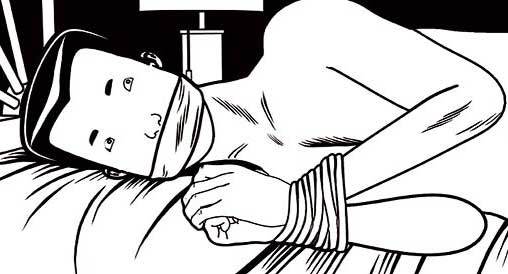 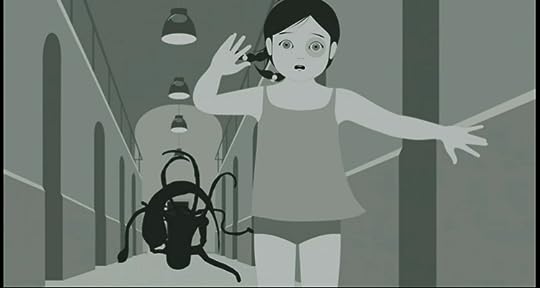 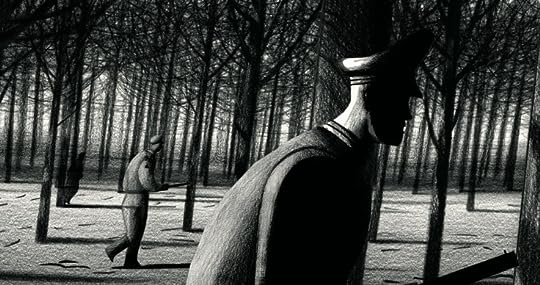 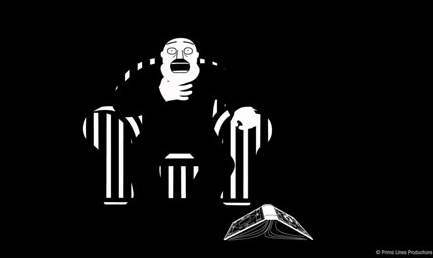 this book is obviously more limited in its range because it is all coming from a single imagination, but as far as artwork goes, i dig it 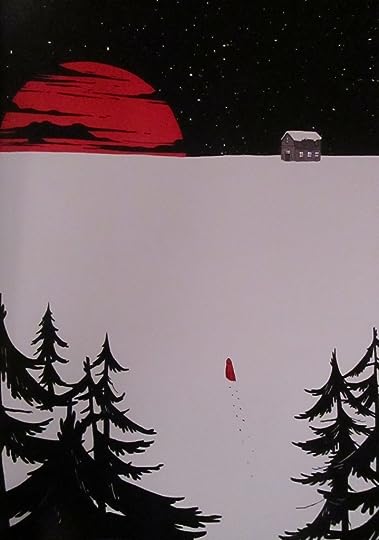 however, the stories were mostly just okay.

they are definitely not scary, or weren’t to me anyway, and they fall more on the side of “atmospheric” or “ominous” than “you will never sleep again.” 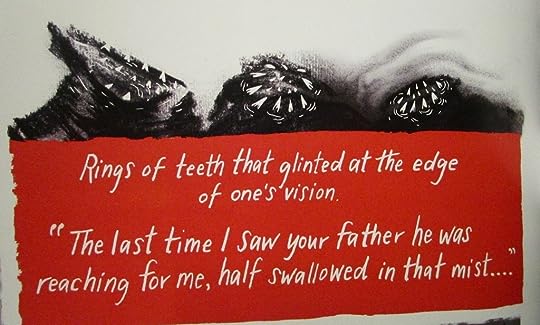 which, considering this is meant as a YA book is probably for the best, but i’m still looking for my big scare, and i fear it will never come.

which is totally the wrong kind of fear.

this is just a little tease, not so much a story as a setting of the mood for what is to come. 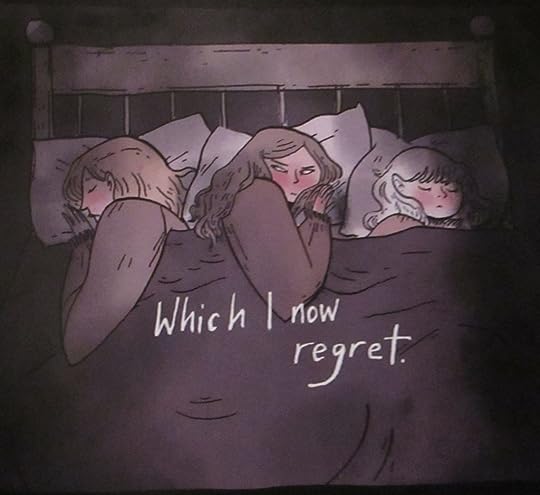 this one feels very familiar. there’s an olde timey new england vibe to it, and while i don’t think it’s actually based on anything, it feels like a mashup of a bunch of different stories, like something that would be read aloud in a spoooooky voice during a haunted hayride right before costumed people come running out of the woods all clawing and moaning to the delighted shrieks of girl scouts. makes me want to drink warm cider.

a lady’s hands are cold 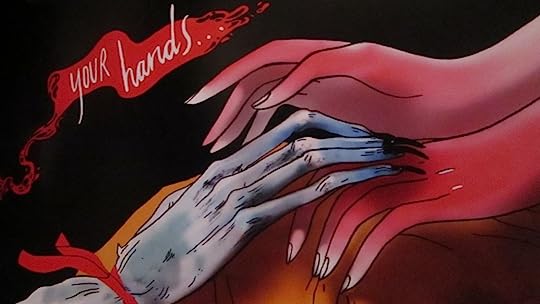 this had probably my favorite artwork of the bunch 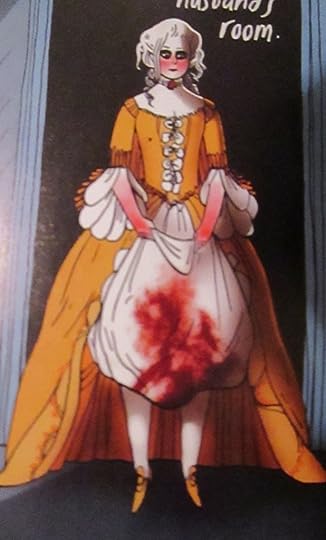 and i enjoyed the way it exploded offa the page 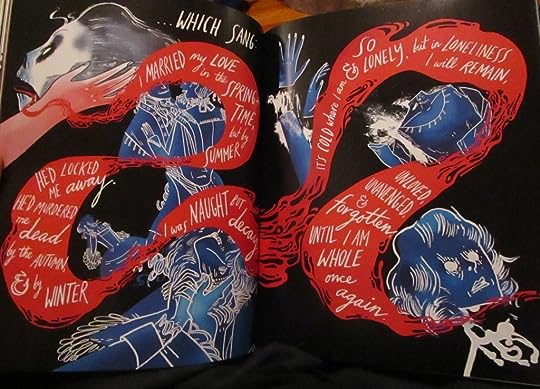 and it’s also in the running for top story (along with our neighbor’s house). this one reads more like a fairy tale than the others; a little hint of bluebeard but with fewer wives, more property damage, and much less gratitude. 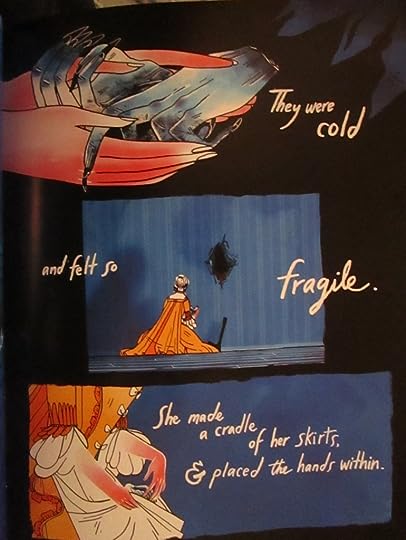 his face all red 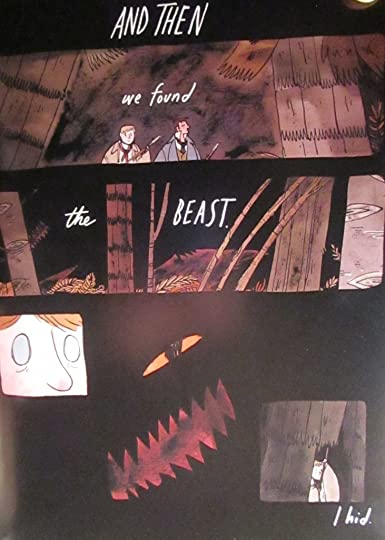 i’m honestly not sure what happened in this one. maybe i’m missing some subtlety, but near as i can figure, this is the story arc:

i don’t understand this at all. there’s an expectation of some kind of twist or reveal, but instead the ending is like someone going through the house on their way to bed: yup, door’s locked, stove’s off, cat has water, everything is where i thought it was…

what am i missing? 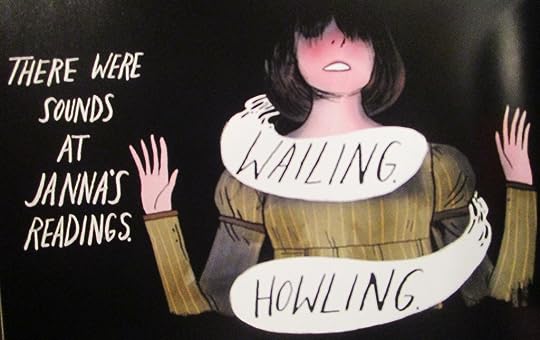 this has the bones of a very traditional ghost story, but there’s just too much story around what could have been a genuinely spooky read if it didn’t meander so much. i think horror works best when it is streamlined, when there’s ambiguity left over for the reader to fill in with their own worst imaginings and also when the journey is straight and fast and decisive like a gunshot or a thunderclap. this one is so frontloaded with unfocused exposition at the beginning that you get lulled into what is ultimately a very gentle horror. i think the illustrations work particularly well in conjunction with this story, but i also think it would have been much more effective if it were whittled down a bit. 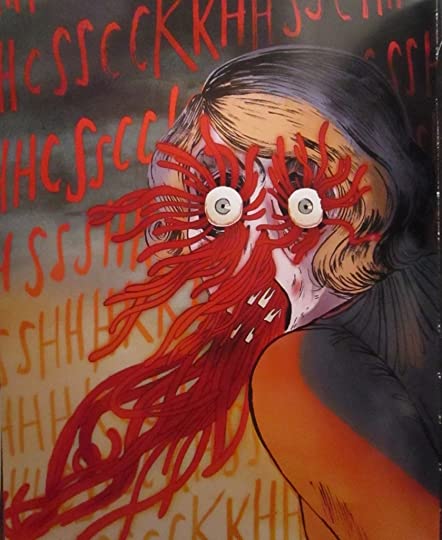 another one – no idea, really, what’s going on here. i mean, i understand the basic plot, but it’s the details that leave me head-scratching. the prologue seems to suggest that the … situation is location-specific, but that’s clearly not the case, nor is it familial, although it tangentially affects a family over generations, and i know what i JUST SAID about ambiguity being good for horror, but how does that ending work? is it both? or migrated? and aren’t they going to the very same city that was effective as a threat and avoided on the previous page? i don’t understaaaaaand! 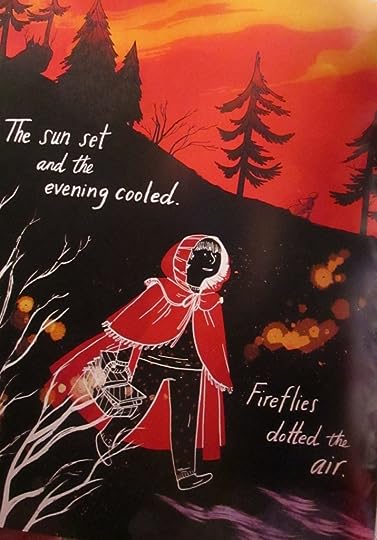 this is another little shorty – the urban legend rim shot to end end the collection on a pop. it’s a little red riding hood offshoot whose zinger is pretty much the same shape as this joke that i am spoiler tagging for people who don’t think pedophile jokes are ever funny:

View Spoiler »A pedophile walks through the woods with a child. The child says, “These woods are scary.” The pedophile says, “Tell me about it. I have to walk back through here alone.” « Hide Spoiler

i’m giving it a four because i did like the artwork, but the stories themselves are pretty patchy, so i’m being a bit generous here.

dear books – please be scarier for me!